Mourners: Black Teen Killed by Police More Than a Hashtag 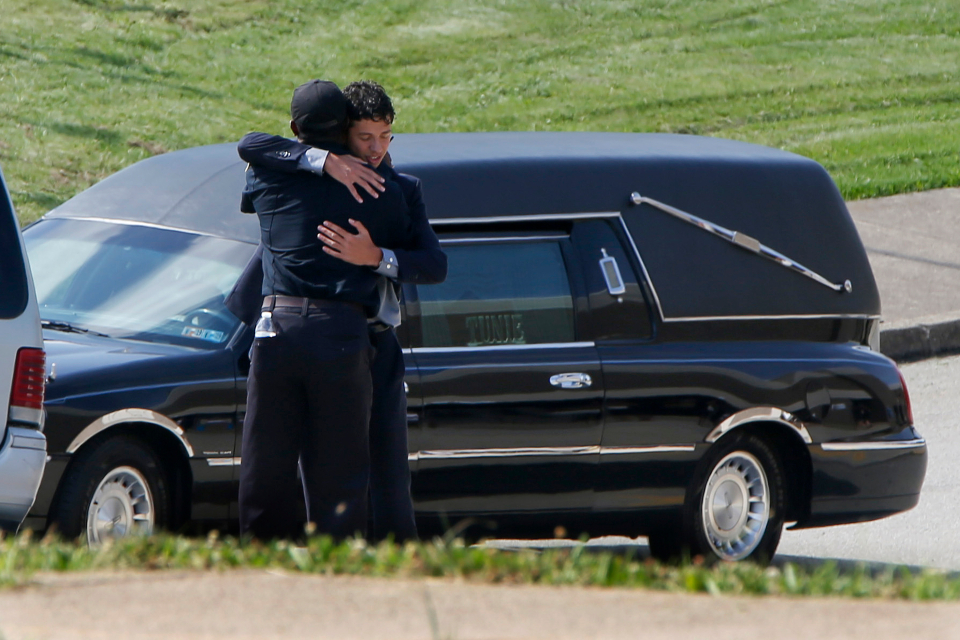 Classmates, teachers, family and neighbors of Antwon Rose Jr. described him Monday as a caring and charismatic young man who deserves to be remembered as more than just the latest hashtag given unarmed Black men killed by police.

The funeral for Rose, 17, was held in a school auditorium six days after he was fatally shot by a police officer as he fled a traffic stop in a town near Pittsburgh. He would have been a senior.

The funeral program included a poem Rose wrote in 2016. In it, he wrote about being "confused and afraid" and wondering what path his life would take.

"I see mothers bury their sons," he wrote. "I want my mom to never feel that pain."

Rose was a passenger in a car pulled over by Officer Michael Rosfeld because police said it matched the description of a car wanted in a shooting in a nearby town.

As Rosfeld was taking the driver into custody, Rose and a second passenger fled.

Rose was an avid skater and skier who also played the saxophone. His favorite color was purple, and some mourners wore that color in his honor.

Mourners displayed signs reading "Justice for Antwon" and "#SayHisName" in the funeral procession.

The messages in the windows of some of the cars were the only outward sign of protest after a week of demonstrations calling for the officer who shot Rose to be charged in the shooting. Protesters said there would be no demonstrations Monday out of respect for the family.

Rose's shooting remains under investigation by the county district attorney. No charges have been filed.

His mother, Michelle Kenney, told ABC News in an interview over the weekend that the officer "murdered my son in cold blood."

"If he has a son, I pray his heart never has to hurt the way mine does," she said. "But I think he should pay for taking my son's life."

The case is among several across the country in recent years that have ignited a national debate over race and policing.

Rosfeld, who shot Rose, is on administrative leave. He told WTAE-TV last week he could not discuss the shooting but said he was getting a lot of support from law enforcement. His attorney did not return a call Monday seeking his comment on the family's statements.

A video taken from a nearby house shows Rose and another passenger running from the car. Three gunshots can be heard, and the passengers can be seen either falling or crouching as they pass between houses. It is unclear from the video if Rosfeld yelled for them to stop.

Lawyers for his family have said no evidence has been produced to show Rose posed a threat to police.