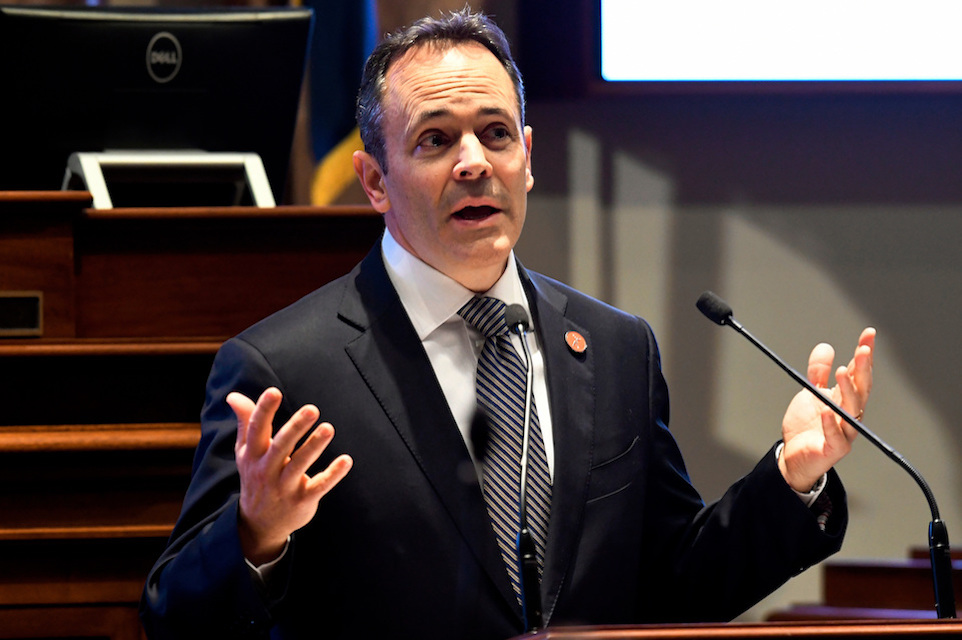 WASHINGTON (AP) — A Florida boat builder absorbs $4 million in lost business and expects more pain. An Ohio pork producer is losing access to a vital export market and fears the damage will last years. A motorcycle shop near Cologne, Germany, wonders if it even has a future.

A brawl that the United States provoked with its closest trading partners is starting to draw blood. On Friday, the European Union began imposing tariffs on $3.4 billion in American goods — from whiskey and motorcycles to peanuts and cranberries — to retaliate for President Donald Trump's own tariffs on imported steel and aluminum. China, India and Turkey had earlier begun penalizing American products in response to the U.S. tariffs on metals.

Pork producers like Heimerl are already suffering from plunging prices and reduced income since China's move to impose a 25 percent tariff on American pork in retaliation for Trump's tariffs on imported steel and aluminum.

If the trade rift doesn't worsen, the damage to the overall economy will likely be modest, said Mark Zandi, chief economist at Moody's Analytics. But no one can say that the economic harm will end soon.

On July 6, the United States is set to slap tariffs on $34 billion in Chinese goods to punish Beijing for forcing American companies to hand over technology in exchange for access to China's market and other brass-knuckled attempts to supplant U.S. technological dominance.

Beijing has vowed to retaliate. And Trump has threatened to punch back again with tariffs that could eventually cover $450 billion in Chinese products — representing nearly 90 percent of all goods Beijing exports to the United States.

Escalating tariffs would likely raise prices for consumers, inflate costs for companies that rely on imported parts, rattle markets and paralyze business investment as executives wait to see whether the United States can reach a truce with the trading partners it's fighting with.

Heimerl, president of the National Pork Producers Council, noted that American hog farmers depend on China's growing market. The price of hog futures has plunged since the tensions with Beijing started flaring in March. On an annual basis, it means a loss to pork producers of $2.2 billion, according to Iowa State University economist Dermot Hayes.

China is "a big player to us," Heimerl said.

"They take a lot of products the U.S. doesn't eat — hearts, lungs, intestines, stomachs and heads, some of the products we don't eat here."

He recalls that it took American farmers years to recover after President Jimmy Carter imposed a grain embargo on the Soviet Union in 1980 and cut off a crucial market.

In the next round of tariffs, the Chinese are preparing retaliatory penalties on American soybeans — an economically vital export of Midwestern farmers, who have been a key source of support for Trump.

The Europeans, too, targeted American products with political calculation — bourbon from Kentucky, the home state of Senate Majority Leader Mitch McConnell, and motorcycles, which are made in Wisconsin, represented by House Speaker Paul Ryan.

Yet the pain of the EU's 25 percent motorcycle tariffs is being felt across the Atlantic, too. Just ask Andy Mueller, who sells Tennessee-made Boss Hoss motorcycles in Huerth, Germany, near Cologne.

"The tariffs affect done deals," Mueller said. "We bought a couple of motorcycles recently. They were already ordered by customers, and they're on their way now. Now we need to explain that they have to pay a special price" that includes the added cost of the tariff.

"We can sell what we have, but we can't order new units," Mueller said. He fears for the future: "Boss Hoss is done for sure in Europe."

Also in the EU's crosshairs: America's recreational boating industry. It employs 650,000 people in the United States at manufacturers, marinas and dealers.

Ninety-five percent of the boats sold in the U.S. are American-made. It's no coincidence that the EU slapped U.S. motorboats, sailboats and yachts with 25 percent tariffs, said Nicole Vasilaros of the National Marine Manufacturers Associations.

Canada is also readying a 10 percent tariff on boats to begin July 1.

The industry has "become a target for those that are wishing to make a point to this president," Vasilaros said. "It's a real U.S. manufacturing industry. In an era where not a lot is still made here in the U.S., boats are."

In Orlando, Florida, Regal Marine Industries — which makes everything from 19-foot motorboats to 53-foot yachts priced above $1 million — said it's had $4 million worth of orders canceled or delayed. CEO Duane Kuck estimates that the company, which employs 750 in Orlando and Valdosta, Georgia, will lose $13 million in revenue this year from European and Canadian tariffs.

The EU and Canada accounted for up to 20 percent of Regal's business. If the tariffs last past 60 days, Kuck estimates that his company would have to cut about 40 jobs, either through attrition or layoffs.

Bertram Yachts in Tampa, Florida, is scrambling to salvage sales. This week, a customer in Monaco called to cancel the purchase of a $4 million, 61-foot yacht, citing the added cost of the tariffs. To save the deal, CEO Peter Truslow plans to offer to make the contract contingent on the tariffs being lifted. Yet it's far from clear when — or whether — that might happen.

"It could be a day, it could be years," Truslow said.

Before the tariffs, Bertram had been growing rapidly, with Europe accounting for perhaps 15 percent of sales. The company had planned to expand its staff of 90; the tariffs have put any hiring on hold.

"The perception in the public," Truslow said, "is there's a bunch of rich guys hanging out at fancy marinas or something. But 90 percent of the people that work in the yacht business, they're laying fiberglass and installing hardware. They're hourly, hard-working guys, the same as you'd see in a car manufacturer. Those are the ones that get affected.

"Who's the loser in this? The small yacht companies and the employees."