Hope, Despair in Poetry by Immigrant Children in US Lockup 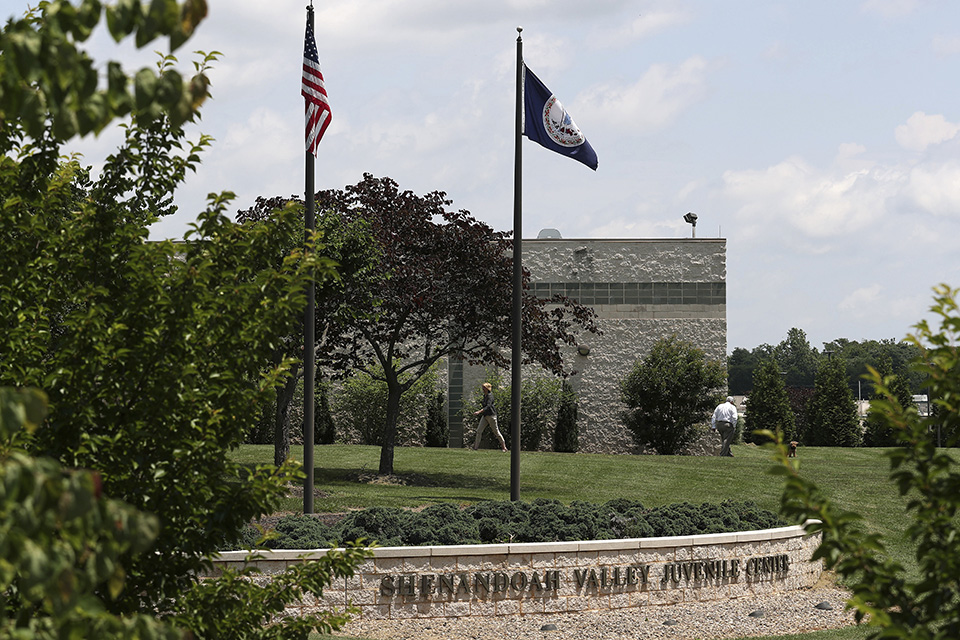 NEW YORK (AP) — The young immigrants held in prison-like conditions at a juvenile detention center in the mountains of Virginia express despair. Some cling to pleasant memories from home. For a select few, there is hope.

For a handful of immigrants who came to the U.S. from Central America — many as unaccompanied minors — poetry has given them a chance to tell the world both about their journeys north — and through the byzantine immigration system.

"A lot happens in life, most of it sad, an occasional happiness, and sometimes you have no choice but to play the clown and laugh on the outside, even though inside we feel less than failures," wrote one of them in a poem titled "The Future."

The collection of poems in "Dreaming America," published last year, was assembled by a Washington and Lee University professor and students who visited the Shenandoah Valley Juvenile Center in Staunton, Virginia, lockup and helped the young immigrants put pencil to paper, giving voice to a largely unheard population at the center of an increasingly heated U.S. policy debate.

The Associated Press reported Thursday that immigrants as young as 14 at the center said they were beaten, locked away in solitary confinement for long periods of time and left alone naked in cold cells. Their claims were included in a federal civil rights lawsuit filed in October. The AP's reporting also cited an adult who saw bruises and broken bones the children said were caused by guards. In court filings, officials at the detention facility denied all the allegations of physical abuse, which the lawsuit asserts happened between 2015 to 2018, during both the Obama and Trump administrations.

Republicans and Democrats in Washington said the allegations described by the AP were alarming, and Virginia's governor on Thursday ordered state officials to investigate the abuse claims.

The writings in "Dreaming America" offer another kind of sworn testimony than what is detailed in the court files, said poet Jimmy Santiago Baca, who visited the center last year and worked with the immigrants on their poems.

"Every single kid in there acknowledged it was despair without an outlet, it was a dark tomorrow without a voice," he said.

In a poem titled "Hi, Love," one of the immigrants wrote: "Bitterness, thank you for feeding me and giving me life. Without you I don't know what I'd be, I'd be someone without emotions, without reason to exist or reason to live."

In an untitled poem, another child wrote about trying to end his life six times.

"I don't know what will happen with my life," wrote yet another teen, in a poem called "I have a dream..." ''But I don't worry about that. My life has been a disaster and I don't think that will change."

None of the poems' authors is identified and the facility in Virginia was not identified in the book.

Cristina Casado, who manages the Office of Refugee Resettlement program at the Shenandoah Valley Juvenile Center, wrote in a postscript of the 111-page book that the children had behavioral or criminal histories and experienced trauma in their home countries. She said, "working with these children in a secure environment is a difficult but extremely rewarding experience."

The book's publisher, Larry Moffi, said that so far "Dreaming America" sold about 1,500 copies, and all proceeds from the $16 sales were donated to a Washington legal clinic representing the immigrants in their deportation proceedings.

"They were so excited to have this book," Moffi said. The immigrants were given copies of "Dreaming America" after it was published last fall. "It's the first book they'd ever had and they're in it."

Not all the poems dwell on the bleakness of their journeys north and confinement since.

In "My Dog Spay," one immigrant wrote about the joy of his long-lost pet.

"Being without him now makes me feel like I have nothing in my life," he wrote. "And when we see each other he's going to be so happy he'll start jumping like crazy."

"You don't know what you're doing/ It's your fault we're being booted/ It's our jobs we're losing/ Damn fool, why you hassling us," he wrote.

This story has been corrected to show the title of the book is "Dreaming America," not "American Dream."