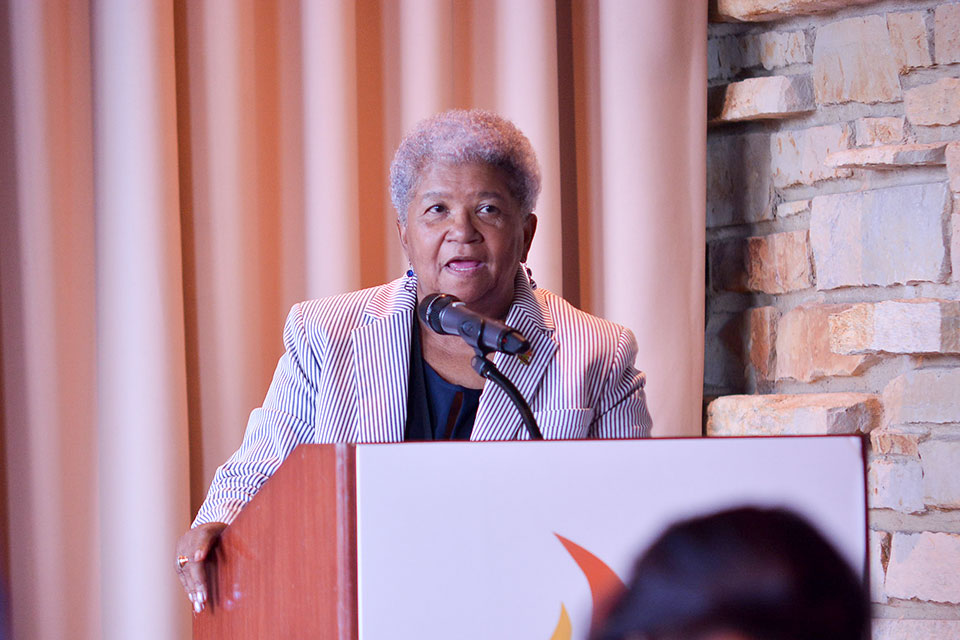 Dorothy Leavell, the fiery and fearless chairman of the National Newspaper Publishers Association (NNPA) and publisher of the Chicago and Gary Crusader newspapers, announced that she has led a group in purchasing the Chicago Reader.

Terms of the deal were not disclosed, but it’s a historic purchase that brings the alternative newspaper with an audited weekly circulation of about 85,000 into the NNPA family of 220 African American newspapers and media companies.

The paper had most recently been owned by the Chicago Sun-Times, which reportedly will maintain a 15 percent stake in the Reader after the sale closes later this month.

“I see this as an opportunity to enhance the value of the Black Press through the [Chicago Reader],” Leavell told NNPA Newswire.

“It is [now] definitely Black-owned.”

“We love the Reader and have worked hard to be sure it has a foundation for the future. All of us at the Sun-Times are thrilled that the Reader’s future is in such good hands,” Eisendrath said.

Such a marriage perhaps had less than a small chance of being consummated 25 years ago when the Reader staff poked fun at the NNPA and Leavell after Civil Rights Leader Nelson Mandela failed to attend a Black Press convention when he toured America after being released from prison in 1993.

In an article headlined, “Black Press Feels Neglected,” the Reader noted how Mandela found time for Ted Koppel, The New York Times and The Washington Post, but not the NNPA, which held its annual convention in Chicago at that time.

“The NNPA, which is the nation’s principal Black Press organization, was deeply insulted,” according to the article, which quoted Leavell, then Secretary of the NNPA.

Leavell and then-NNPA Executive Director Steve Davis jointly told the media that it wasn’t Mandela’s fault but those who scheduled him. “The visit has brought us to the realization that we must insist on the right to participate in all decisions involving the welfare of Black people,” they declared.

Now a quarter of a century later, Leavell has purchased the Reader.

Leavell was credited with increasing the visibility and international stature of the trade organization. In June of 2006, Leavell was elected Chairman of the NNPA Foundation.

She was voted in as national chairman again in 2017.

“The NNPA resolutely congratulates our esteemed chairman, Dorothy R. Leavell, the publisher of the Chicago Crusader and the Gary Crusader, on her acquisition of the legendary Chicago Reader publication,” said Dr. Benjamin F. Chavis, Jr., the president and CEO of the NNPA. “This acquisition comes at a strategic national moment when the Black Press in America is growing, expanding, innovating and increasing market share across the United States.”

Further, the NNPA is experiencing significant increase in readership and engagement of African-American millennials in both out print and digital products, Chavis said.

“The Black Press has consistently maintained its trustworthy status with Black America at a time when there has been an erosion of trust in so-called mainstream media,” Chavis said. “For all of these contemporary reasons the future of the Black Press is reassured and affirmed by 47 million African Americans and millions of others throughout the world.”

Leavell said that she’d like to see the Reader’s long-form, investigative reporting expanded.

“We are going to broaden that scope,” Leavell said. “We want to be in every community to bring you the news that you enjoy already. We’re going to be expanding. We will increase our cultural information.

"You want to know what’s happening in Chicago? You gotta read the Reader.”

This article was originally published on BlackPressUSA.com.