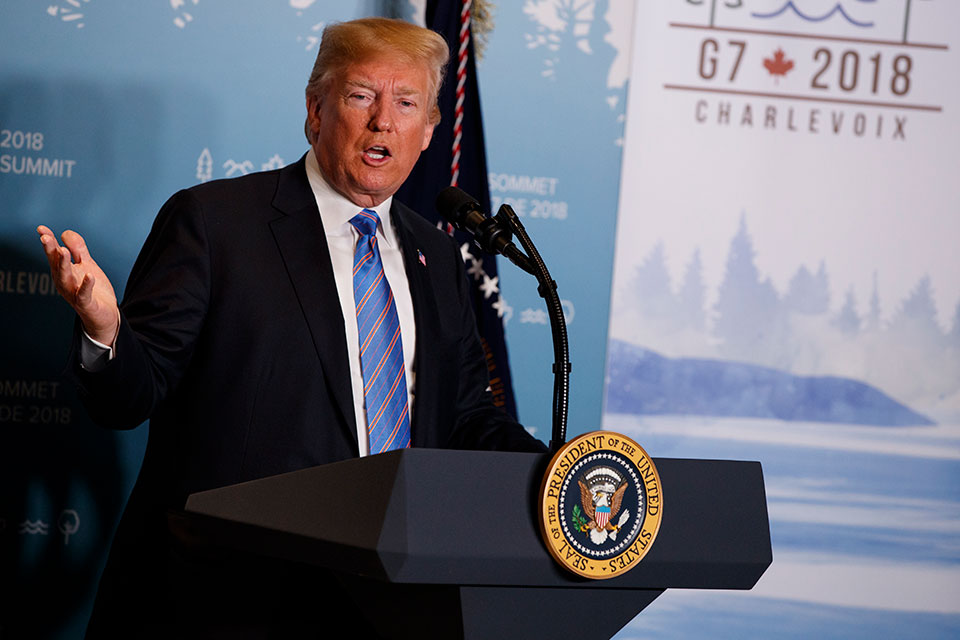 The Donald J. Trump Foundation "was little more than a checkbook for payments from Mr. Trump or his businesses to nonprofits, regardless of their purpose or legality," Democratic Attorney General Barbara Underwood said as she sued to dissolve the foundation and seek $2.8 million in restitution.

The lawsuit says the foundation illegally helped support the Republican's campaign by raising money at a nationally televised fundraiser in January 2016, then allowing campaign staffers to dictate how the money was spent in grants. 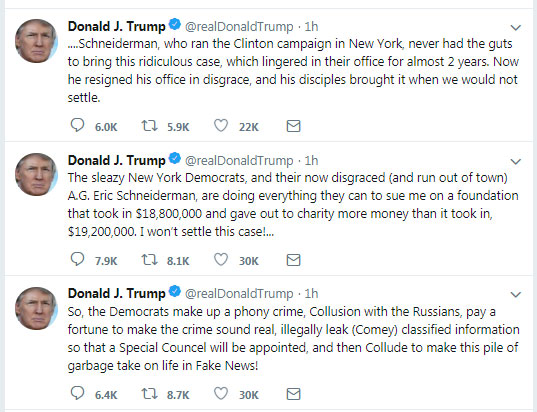 In a couple of tweets, Trump called the case "ridiculous" and said he would not settle the lawsuit.

Trump made a similar claim that he wouldn't settle a lawsuit charging that his Trump University misled customers, but ultimately paid a $25 million settlement last year.

The foundation's mission says its funds are to be used "exclusively for charitable, religious, scientific, literary or educational purposes," either directly or through other organizations, according to the court filing. In keeping with federal tax rules, the charity's incorporation documents say none of its resources can directly or indirectly go to the benefit of its directors or officers and none of its activities can benefit any political candidate, the filing notes.

The Trump campaign, at the time, said the foundation intended to cooperate with the investigation. The campaign had previously called Schneiderman "a partisan hack" who backed Trump's 2016 Democratic rival, Hillary Clinton.

Schneiderman resigned last month after allegations that he abused women he had dated; he denied the claims.

The lawsuit was filed Thursday against the foundation and its directors, Trump and his children Donald Trump Jr., Eric Trump and Ivanka Trump.

Trump quickly took to Twitter after the lawsuit was filed.

He continued: " ....Schneiderman, who ran the Clinton campaign in New York, never had the guts to bring this ridiculous case, which lingered in their office for almost 2 years. Now he resigned his office in disgrace, and his disciples brought it when we would not settle."