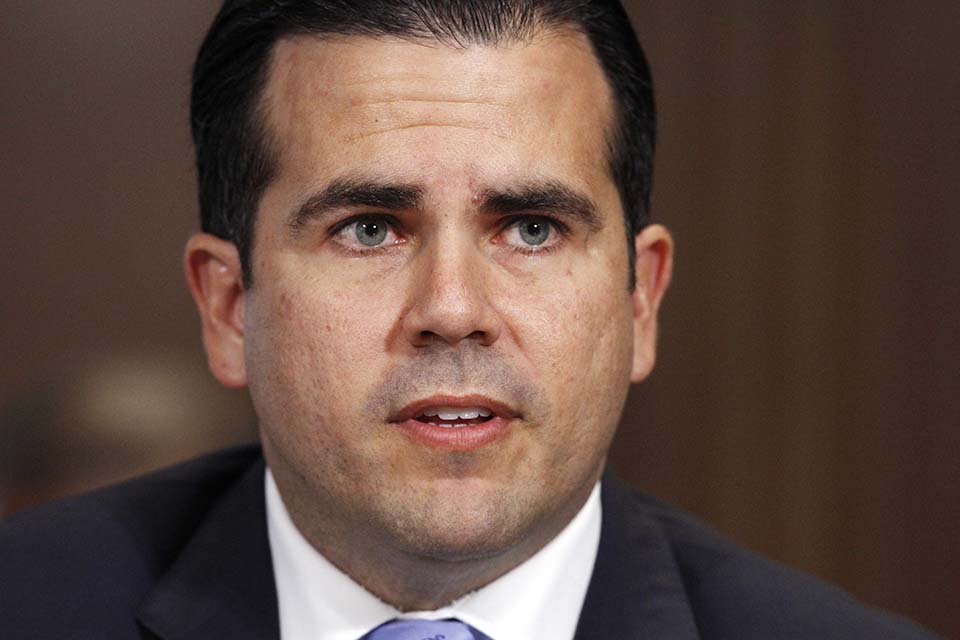 SAN JUAN, Puerto Rico (AP) — Puerto Rico's Institute of Statistics announced Friday that it has sued the U.S. territory's health department and demographic registry to obtain data on the number of deaths following Hurricane Maria as a growing number of critics accuse the government of lacking transparency.
The lawsuit was filed on Thursday, the same day Puerto Rico Gov. Ricardo Rossello told CNN that there would be "hell to pay" if officials don't release mortality data. Many believe the official toll of 64 deaths is a severe undercount, and anger is building across the island as the families of victims seek answers.
"We demand that they tell us everything," said Lucy Landro, who lives on the island of Vieques off Puerto Rico's east coast and lost her elderly uncle after the hurricane hit. "People should know the reality that all towns are facing. We in Vieques aren't the only ones who are suffering."
The institute's director, Mario Marazzi-Santiago, told The Associated Press that the information requested should be public and is urgently needed so Puerto Rico's government can help prevent deaths in the event of another storm, noting that the Atlantic hurricane season began on Friday.
"We want to make sure that when the next hurricane arrives, we don't have a repeat of this situation," he said.
He said the institute previously won a similar lawsuit it filed in 2010 to obtain mortality data from the health department amid accusations that the government was not properly counting or classifying overall deaths.
"Given the doubt that has arisen around the world...we recommend a higher level of transparency," Marazzi-Santiago said.
Government officials have said they cannot release mortality data post-Maria because it is under review as ordered by the governor.
A Harvard study published earlier this week estimates that there were up to 4,600 more deaths than usual in the three months after Hurricane Maria, although some independent experts questioned the methods and the number in that study. Previous studies have found that the number of direct and indirect hurricane-related deaths is higher than the official toll, including a 2017 report that said there were nearly 500 more deaths than usual on the island in September.
A spokeswoman for the island's health department, which oversees the demographic registry, did not respond to a message for comment.
In February, Puerto Rico's governor said a team of experts at George Washington University would lead an independent review to determine the number of deaths caused by Maria. A preliminary report was due in May, but the team was granted more time.