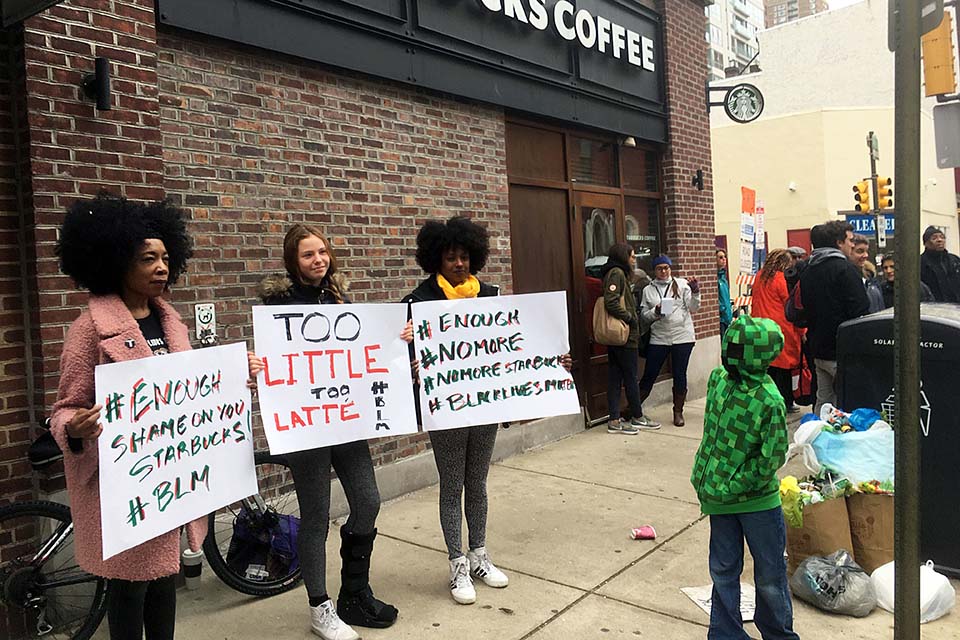 Starbucks is closing more than 8,000 U.S. stores for a few hours Tuesday to conduct anti-bias training in the company's latest step to deal with the fallout over the arrest of two black men at one of its shops in Philadelphia.

After the incident last month, the coffee chain's leaders apologized and met with the men but also scheduled an afternoon of training for 175,000 employees.

"We still aspire to be a place where everyone feels welcome," Starbucks chairman Howard Schultz said in an open letter Tuesday. He said the instruction will become part of how Starbucks trains all its workers.

According to a video previewing the session, Starbucks executives and rapper-activist Common were to deliver recorded remarks. From there, employees were to "move into a real and honest exploration of bias" where, in small groups, they can share how the issue comes up in their daily work life.

Developed with feedback from the NAACP Legal Defense and Education Fund, the Perception Institute and other advocacy groups, the four-hour session was designed to give workers a primer on the history of civil rights from the 1960s to the present day. The agenda included a short documentary film.

Training in unconscious, or implicit, bias is used by many corporations, police departments and other organizations. It is typically designed to get people to open up about prejudices and stereotypes.

The Perception Institute, a consortium of researchers consulting with Starbucks, defines implicit bias as attitudes — positive or negative — or stereotypes someone has toward a person or group without being conscious of it. A common example, according to some of its studies, is a tendency for white people to associate black people with criminal behavior.

Many retailers, including Walmart and Target, said they already offer some racial bias training. Target says it plans to expand that training. Nordstrom has said it plans to enhance its training after apologizing to three black teenagers in Missouri who were falsely accused by employees of shoplifting.

In the Philadelphia incident, Rashon Nelson and Donte Robinson were asked to leave after one was denied access to the bathroom. They were arrested by police minutes after they sat down to await a business meeting. The incident was recorded by cellphone and went viral.

Nelson and Robinson settled with Starbucks for an undisclosed sum and an offer of a free college education. They also reached a deal with the city of Philadelphia for a symbolic $1 each and a promise from officials to establish a $200,000 program for young entrepreneurs.

Starbucks said the arrests never should have occurred. It has since announced anyone can use its restrooms, even if not buying anything.

Calvin Lai, an assistant professor of psychological and brain sciences at Washington University in St. Louis, said people should not place high expectations on this one day.

"We find that oftentimes diversity training has mixed effects, and in some cases it can even backfire and lead people who are kind of already reactive to these issues to become even more polarized," Lai said.

One afternoon wouldn't really be "moving the needle on the biases," especially with a company that has as many employees as Starbucks, he said. "A lot of those employees won't be here next year or two years or three years down the line."

Starbucks has said Tuesday's sessions are "a step in a long-term journey."