Trump Tells Giuliani to 'Get his Facts Straight' on Stormy 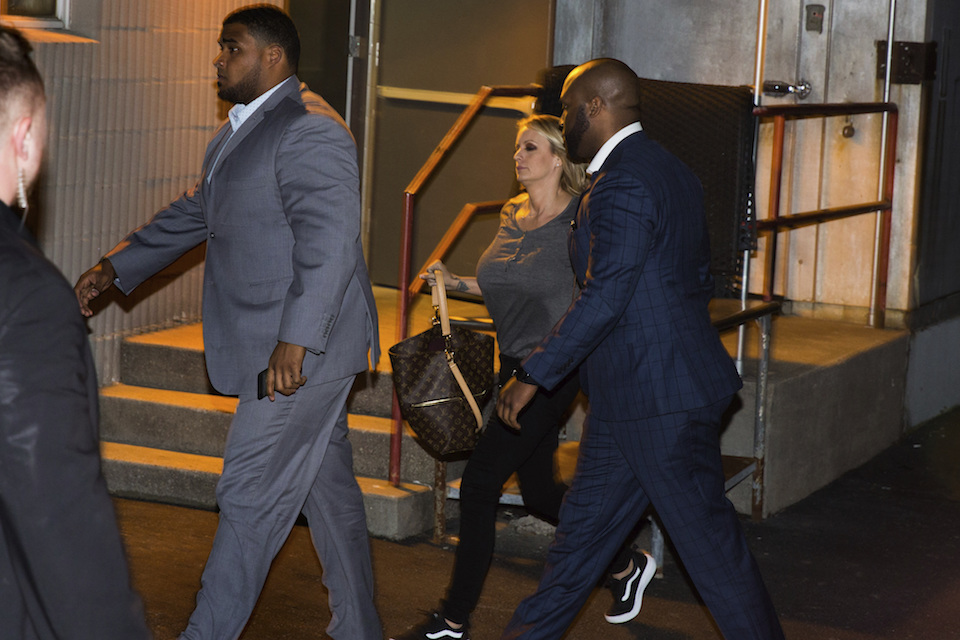 Giuliani quickly came up with a new version.

Trump chided Giuliani even as he insisted that "we're not changing any stories" about the $130,000 settlement, which was paid to Daniels to keep her quiet about her allegations of an affair with Trump.

Hours later, Giuliani backed away from his previous suggestion that the Oct. 27 settlement had been made because Trump was in the stretch run of his campaign.

"The payment was made to resolve a personal and false allegation in order to protect the president's family," Giuliani said in a statement released Friday.

"It would have been done in any event, whether he was a candidate or not."

A day earlier, Giuliani had said on Fox News: "Imagine if that came out on October 15, 2016, in the middle of the last debate with Hillary Clinton."
Trump said Friday that Giuliani was "a great guy but he just started a day ago" and the former mayor of New York City was still "learning the subject matter."

Giuliani revealed this week that Trump knew about the payment to Daniels made by his personal lawyer, Michael Cohen, and the president paid Cohen back.

Giuliani insisted Trump didn't know the specifics of Cohen's arrangement with Daniels until recently, telling "Fox & Friends" on Thursday that the president didn't know all the details until "maybe 10 days ago."

Giuliani told The New York Times that Trump had repaid Cohen $35,000 a month "out of his personal family account" after the campaign was over. He said Cohen received $460,000 or $470,000 in all for expenses related to Trump.

Giuliani's suggestion that the president knew anything about the payments — even as a monthly retainer — appeared to contradict Trump, who has repeatedly denied the affair and told reporters on Air Force One last month that he hadn't known about a settlement with Daniels.

Trump's irritation was plain Friday when reporters reminded him of his previous denial. He blasted the media for focusing on "crap" stories like the Daniels matter and the special counsel's probe of Russian meddling in the 2016 election.

The president claimed that "virtually everything" reported about the payments — which are the subject of swirling legal action and frenzied cable newsbreaks — has been wrong. But he declined to elaborate. 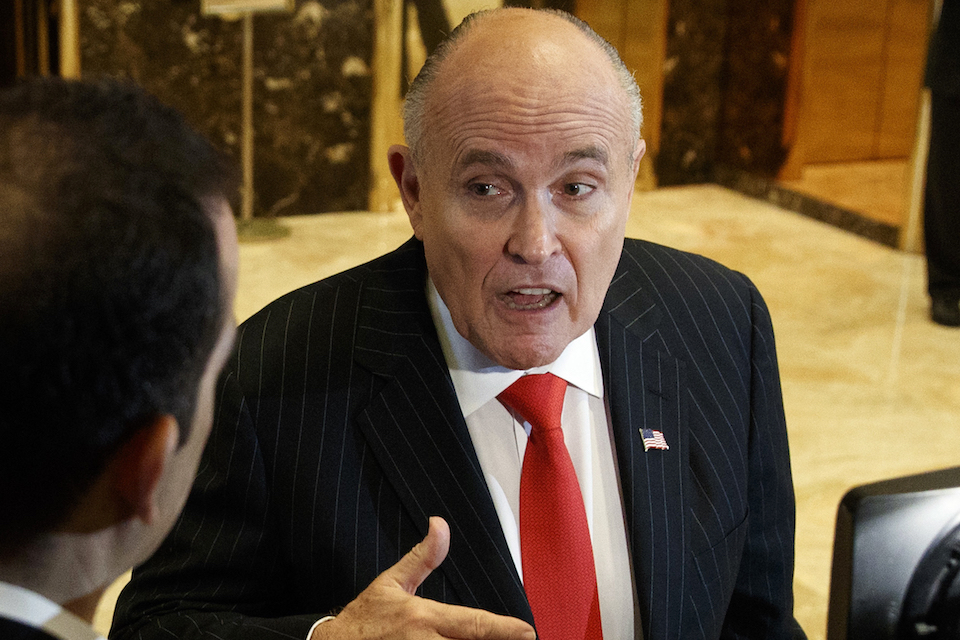 Giuliani's statement correcting himself came just a day after he said, "You won't see daylight between me and the president."

The about-face came amid concern in the White House that Giuliani's comments could leave the president legally vulnerable.

While Giuliani repeated his belief that the payment did not constitute a campaign finance violation, legal experts have said the new information raises questions, including whether the money represented repayment of an undisclosed loan or could be seen as reimbursement for a campaign expenditure. Either could be legally problematic.

The episode also revived worries in Trump's inner circle about Giuliani, who enjoys the media limelight and has a tendency to go off script. He had been widely expected to join Trump's administration but was passed over for secretary of state, the position he badly wanted.

His whirlwind press tour this week bewildered West Wing aides, who were cut out of the decision-making process when Giuliani first revealed that Trump — who often boasts about signing his own checks — had some knowledge about the payment to Daniels.

Daniels, whose legal name is Stephanie Clifford, is seeking to be released from a non-disclosure deal she signed in the days before the 2016 election to keep her from talking about a 2006 sexual encounter she said she had with Trump. She has also filed defamation suits against Cohen and Trump.

Her attorney, Michael Avenatti, tweeted Friday that "Mr. Giuliani and Mr. Trump are making it up as they go along." He added: "How stupid do they think all of us are?"

Trump is facing mounting legal threats from the Cohen-Daniels situation and the special counsel's investigation of possible Russian coordination with the Trump presidential campaign.

Cohen is facing a criminal investigation in New York, and FBI agents raided his home and office several weeks ago seeking records about the Daniels nondisclosure agreement.

Giuliani has warned Trump that he fears Cohen, the president's longtime personal attorney, will "flip," bending in the face of a potential prison sentence, and he has urged Trump to cut off communications with him, according to a person close to Giuliani.

Trump has of late publicly downplayed his relationship with Cohen but did acknowledge last week that Cohen represented him in the "crazy Stormy Daniels deal."

The president's self-proclaimed legal fixer has been surprised and concerned by Trump's recent stance toward him, according to a Cohen confidant.

Cohen was dismayed to hear Trump marginalize his role during an interview last week with "Fox & Friends" and interpreted a recent negative National Enquirer cover story as a warning shot from a publication that has long been cozy with Trump, said the person who was not authorized to talk about private conversations and spoke only on condition of anonymity.

Cohen also had not indicated to friends that Trump's legal team was going to contradict his original claim that he was not reimbursed for the payment to Daniels.