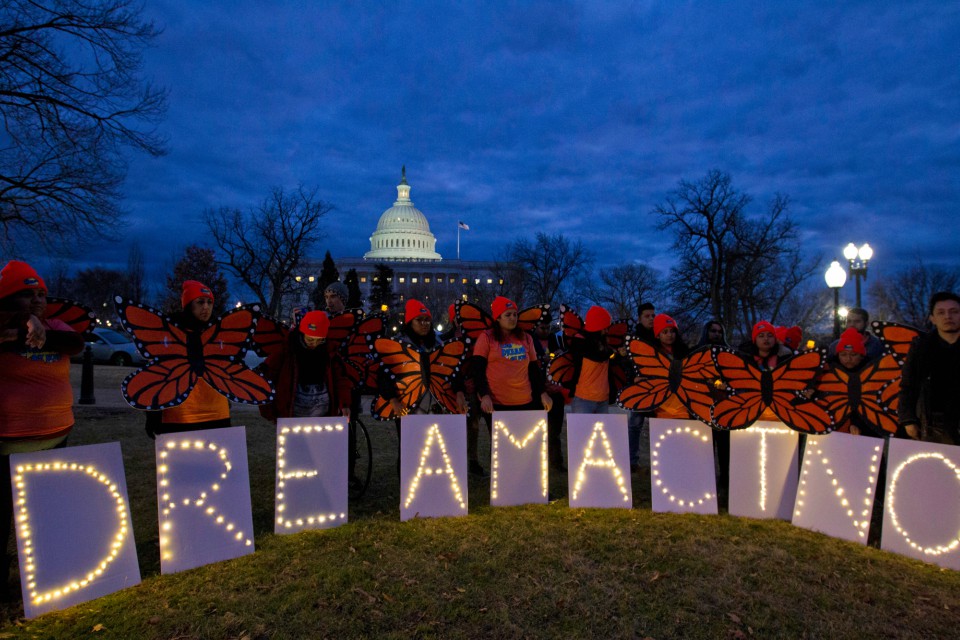 A federal court in Washington, D.C. found legally insufficient the memorandum issued by the Department of Homeland Security (DHS) terminating the DACA program. The court struck down the memorandum unless DHS can offer a stronger basis for ending the program affecting hundreds of thousands of undocumented immigrants.

Federal Judge John Bates said the decision by the Trump administration to rescind DACA was “virtually unexplained, and, as such, unlawful.” He gave DHS 90 days to provide a legally sufficient explanation. If DHS fails to provide an explanation that meets legal muster, DACA will be vacated in its entirety and DHS will be required to maintain the program for current enrollees and to accept and process applications from new enrollees who meet the program’s eligibility rules. Decisions from other federal courts have mandated that DHS temporarily continue the DACA program as to current enrollees pending further action in those cases. Judge Bates’s decision represents the first time that any court has vacated DHS’s “Rescission Memorandum,” thus potentially allowing new enrollees to participate in the program for the first time since DACA was terminated.

“Dr. King was right when he said that the arc of the moral universe is long, but it bends toward justice,” said NAACP President and CEO Derrick Johnson.

“Our nation made a promise to protect undocumented young immigrant and this administration attempted to renege on that promise, but justice prevailed.”

The NAACP and its co-plaintiffs successfully argued that the defendants failed in their efforts to articulate a legally sufficient justification for reneging on the commitments extended through the DACA program to DACA-eligible undocumented immigrants.   Plaintiffs in the case also alleged that the Trump administration violated the Due Process Clause of the Fifth Amendment, the Equal Protection Clause of the Fifth Amendment, and the Regulatory Flexibility Act by terminating the DACA program, but the court’s ruling was confined to the plaintiffs’ Administrative Procedure Act claims.

The NAACP filed its case in September of last year against President Trump, Attorney General Jefferson Sessions, DHS Secretary Elaine Duke, U.S. Citizenship and Immigration Services, U.S. Immigration and Customs Enforcement and the Department of Homeland Security, in defense of people of color eligible for the DACA program.  The NAACP was joined in the case by two of the nation’s largest labor unions- the American Federation of Teachers (AFT) and the United Commercial Food Workers (UCFW). Later Princeton University and Microsoft Corporation filed a similar case that was joined with the NAACP case.

“This is a major win for advocates for justice and a compassionate democracy,” said NAACP General Counsel Bradford M. Berry. “

There are approximately 800,000 DACA recipients across the country, including some who are NAACP members, and many more who are DACA eligible.  The vast majority of DACA registrants and those eligible for DACA are people of color. More than 80 percent of registrants are of Mexican origin, according to a report from the Migration Policy Institute; about 36,000 immigrants of African origin were also immediately eligible for the DACA program. Additionally, the report shows that over 20,000 undocumented youth from the Dominican Republic and Jamaica are eligible for DACA.

“Ending the DACA program was neither right nor lawful. Given the unstable political climate our clients and the other Dreamers faced, it’s great to know that their education and livelihood will be able to continue without the looming threat of deportation,” said Joseph M. Sellers, Partner at Cohen Milstein Sellers & Toll, PLLC, who served as lead attorney for the NAACP in the case.