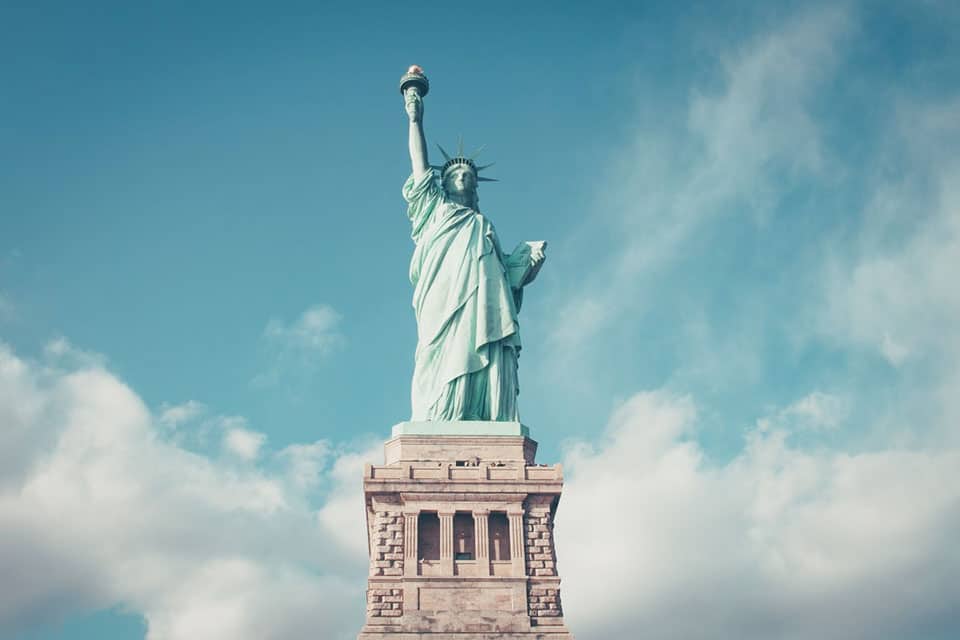 In an ABC piece, Conor Finnegan lifts up the words of several impacted immigrants and allies who learned on Tuesday that the Trump Administration is ending the Deferred Enforced Departure (DED) program, jeopardizing the futures of thousands of Liberian immigrants living in the United States.

The piece in its entirety can be accessed here, and a few excerpted highlights follow:

"This is home for me, and the thought of leaving my daughter is emotional. I’m pleading with the President and Congress to extend DED," one recipient, Nancy Harris of Alabama — who's been in the U.S. for 18 years with her husband, a pastor -- told reporters Monday.

"Let’s be clear: This decision was a show of heart by the Trump Administration," said Patrice Lawrence, the national policy and advocacy director of UndocuBlack Network, an immigrant advocacy group focused on black people. "To ask people who have been here since the late 1990's to leave is harsh, cruel, and disgusting. You have a large group of people who now feel unstable. We see this administration’s relentless anti-immigrant policy and rhetoric as a concerted effort to make every immigrant undocumented."

Many vowed not to depart without a fight.

"To see that Liberians in the United States have stabilized their lives — and I think that’s part of the American Dream and the pursuit of happiness — and still uproot us and send us back to Liberia will force us to become refugees all over again," said Caroline Grimes, a DED recipient in Minnesota. "We must let Donald Trump know that this decision is unacceptable."

“I continue to be deeply disturbed by the random choices that this administration makes in removing TPS and other protected statuses. Last night’s decision to remove DED status is particularly outrageous. Cessation of conflict does not mean that families will be safe. We have no right to send people away from our shores for no reason. Cruelty is not what we do as Americans.”
Rev. Terri Hord Owens, General Minister and President, Christian Church (Disciples of Christ) in the U.S. and Canada

“In the aftermath of the recent DED end for Liberians, I extend my thanks and appreciation to those individuals and groups who have been advocating on behalf of Liberians and other immigrants. The task is still at hand and we have a lot to accomplish to protect our communities feeling fearful. We pray that the President and Congress will take the necessary steps to put affected Liberians on a pathway to citizenship. Let us remain prayerful and active, and stay in dialogue especially with those of opposing views about the contributions of immigrants, as the Almighty God we serve is in control.”
Rev. J. Edwin Lloyd, Pastor, Whosoever Will Christian Church, Beltsville, Md.

“The first missionaries sent to Africa by Disciples of Christ were Black Americans who went to Liberia. With such a depth of historical connection within our tradition, we likewise share a depth of pain with Liberians in this time—particularly as we think of families who will be harmed and separated by yesterday’s decision by the President to remove DED for Liberians.”
Rev. Marco Cable, Area Executive for Africa, Global Ministries, United Church of Christ and Christian Church (Disciples of Christ)

“It is unjust to cause suffering in the lives of others, to make decisions which pull parents away from their children, to choose to strip status from and then threaten deportation of individuals whose nation has faced three civil wars and the horror of ebola in recent years, and to remove protections which usurp the livelihood of communities which have contributed robustly to our nation and congregations. I join together with the many hundreds of faith partners around the nation to urge Congress to now respond to God’s call to “uphold the cause of the poor and the oppressed” (Psalm 82:3) by supporting a legislative solution that reinstates protection for vulnerable DED and TPS populations.”
Rev. Dr. Sharon Stanley-Rea, Director, Refugee & Immigration Ministries, Christian Church (Disciples of Christ)