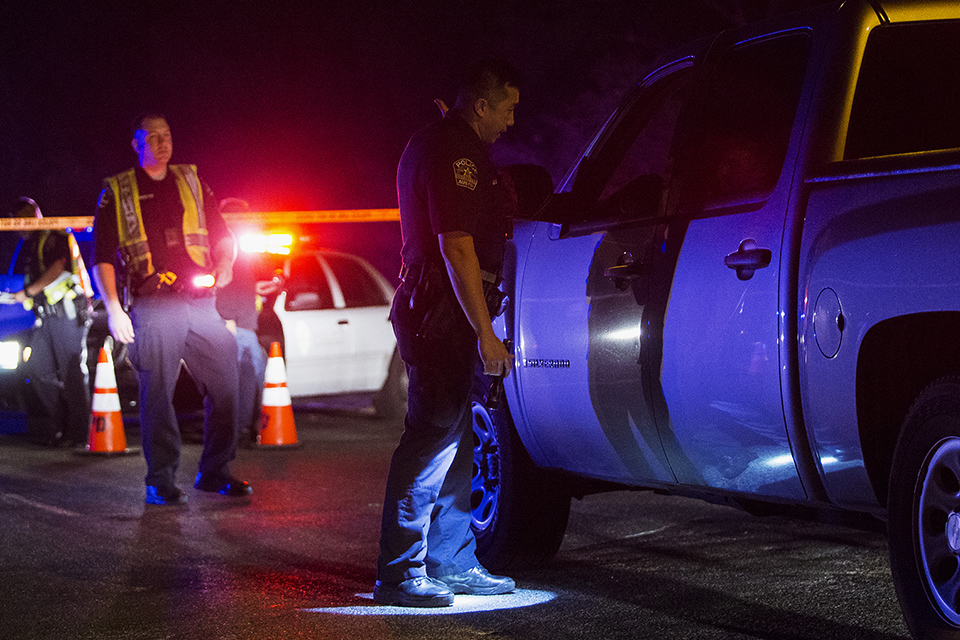 AUSTIN, Texas (AP) — Fear escalated across Austin on Monday after the fourth bombing this month — this time, a blast that was triggered by a tripwire and demonstrated what police said was a "higher level of sophistication" than the package bombs used in the previous attacks.

Two men in their 20s were wounded Sunday night as they walked along a street and were hospitalized in stable condition. The three earlier bombings since March 2 left two people dead and two wounded.

"We are clearly dealing with what we believe to be a serial bomber at this point, based on the similarities between now what is the fourth device" and the previous ones, Police Chief Brian Manley said.

He said investigators have yet to establish a motive.

"Is this terrorism? Is this hate-related?" Manley asked. He said investigators will "have determine if we see a specific ideology behind this."

He said the blast involved a tripwire, unlike the first three attacks, in which package bombs were left on people's doorsteps. That represents a "significant change," in that the previous bombings appeared targeted, while the latest one would have hurt any random person walking by, Manley said.

Authorities canvassed the area in search of anything suspicious, and residents were warned to remain indoors and to call 911 if they needed to leave their homes. Manley asked anyone with surveillance cameras at their homes to make the footage available in case suspicious vehicles or people could be seen.

Sunday night's explosion happened in the southwestern Austin neighborhood of Travis Country. That is far from the sites of the earlier bombings, which occurred over two-plus weeks in residential neighborhoods east of Interstate 35.

The 22- and 23-year-old men injured this time are White, unlike the victims in the earlier blasts, who were Black or Hispanic.
Manley warned people not to touch suspicious bags, boxes or backpacks, especially if they had wires protruding.

"That concern is legitimate and real," Adler said, adding that residents should also be reassured by the massive police response to the attacks. Hundreds of federal agents are investigating, along with Austin police.

"That anxiousness is going to continue until we can find the answer," Adler said.

Spring break ends Monday for the University of Texas and many area school districts, meaning people who were out of town have returned home to heightened fears.

The university's campus police warned returning students to be wary and to tell their classmates about the danger, saying, "We must look out for one another." None of the four attacks happened close to the campus near the heart of Austin.
Austin's school district announced that buses wouldn't be going into the Travis Country neighborhood and that any "tardies or absences due to this situation will be excused."

But concern spread well past the immediate blast site.

Andrew Zimmerman, 44, a coffee shop worker on the city's west side, said he's lived in Austin his entire life.

"This makes me sick," Zimmerman said, noting the use of a tripwire adds a "new level" of suspected professionalism that makes it harder to guard against such attacks.

"That's what scares me a little bit," he added.

The latest explosion came hours after authorities raised the reward by $50,000 for information leading to the arrest of whoever is responsible for the first three explosions. It now totals $115,000.

The PGA's Dell Technologies Match Play tournament is scheduled to begin in Austin on Wednesday, and dozens of the world's top golfers are set to begin arriving the day before.