13 Russians Charged with Meddling to Help Trump in Election 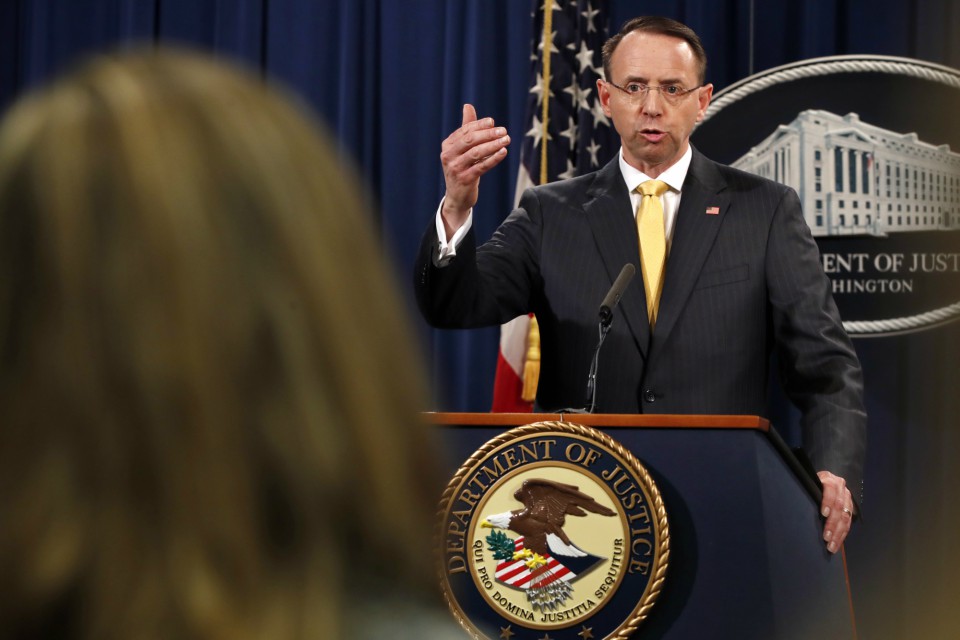 The indictment, brought by the office of special counsel Robert Mueller, represents the most direct allegation to date of illegal Russian meddling during the election. It says Russians created bogus Internet postings, posed online as American political activists and fraudulently purchased advertisements — all with the goal of swaying political opinion during the bitterly contested race.

The intent of the meddling, the indictment says, was to "sow discord in the U.S. political system, including the 2016 presidential election."

The indictment arises from Mueller's investigation into Russian interference in the election and whether there was improper coordination between the Trump campaign and the Kremlin.  The charges are similar to the assessment of the U.S. intelligence community, which months after the election described a Russian government effort to meddle in the election on Trump's behalf.

The Russians' "strategic goal" was to sow discord, the indictment says.

By early-to-mid 2016, their efforts "included" supporting Trump's campaign and disparaging Democrat Clinton. The charges say that Russians also communicated with "unwitting individuals" associated with the Trump campaign and other political activists to coordinate activities.

Trump himself has been reluctant to acknowledge the meddling. His spokeswoman, Sarah Huckabee Sanders, said Friday that Trump had been briefed on the indictment but there was no other immediate comment.

The charges are the latest allegations arising from Mueller's probe and represent the first criminal case against Russians. Before Friday, four people, including Trump's former national security adviser and former campaign chairman, had been charged.

According to the indictment, the Internet Research Agency, a Russian troll farm, started interfering as early as 2014 in U.S. politics, extending to the 2016 presidential election. The defendants, "posing as U.S. persons and creating false U.S. personas," operated social media groups designed to attract U.S. audiences by stealing U.S. identities and falsely claiming to be U.S. activists.

"Over time, these social media accounts became defendants' means to reach significant numbers of Americans for purposes of interfering with the U.S. political system," the indictment reads.

The defendants are charged with conspiring "to obstruct the lawful functions of the United States government through fraud and deceit," including by making expenditures in connection with the 2016 election, failing to register as foreign agents carrying out political activities and obtaining visas through false and fraudulent statements.

The indictment says the Internet Research Agency was funded by Yevgeny Prigozhin, a St. Petersburg businessman dubbed "Putin's chef" because his restaurants and catering businesses once hosted the Kremlin leader's dinners with foreign dignitaries. It was also funded by companies he controlled, according to the indictment.