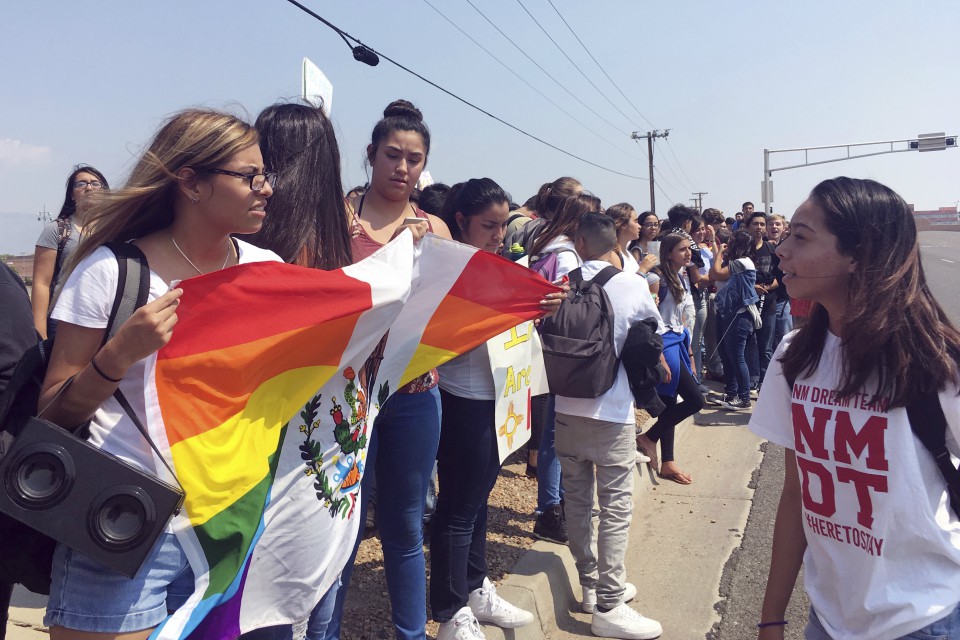 WASHINGTON (AP) — The Justice Department ramped up pressure Wednesday on so-called sanctuary cities seeking public safety grant money, warning state and local officials they could be legally forced to prove they are cooperating with federal immigration authorities. The move prompted immediate backlash, with mayors from across the country announcing they would boycott a planned meeting at the White House with President Donald Trump on Wednesday afternoon.

Officials sent letters to roughly two dozen jurisdictions threatening to issue subpoenas if they don't willingly relinquish documents showing they aren't withholding information about the citizenship or immigration status of people in custody.

The department has repeatedly threatened to deny millions of dollars in important grant money to communities that refuse to comply with a federal statute requiring information-sharing with federal authorities, as part of the Trump administration's promised crackdown on cities and states that refuse to help enforce U.S. immigration laws.

Many cities have been openly defiant in the face of the threats, with lawsuits pending in Chicago, Philadelphia and California over whether the administration has overstepped its authority by seeking to withhold grant money.

The move angered members of the U.S. Conference of Mayors who had been set to meet with Trump on Wednesday to discuss infrastructure, drug addiction and other topics.

New Orleans Mayor Mitch Landrieu, the conference president, said in a statement that,"the Trump administration's decision to threaten mayors and demonize immigrants yet again - and use cities as political props in the process - has made this meeting untenable."

"The U.S. Conference of Mayors is proud to be a bipartisan organization. But an attack on mayors who lead welcoming cities is an attack on everyone in our conference," he said.

"I will NOT be attending today's meeting at the White House after @realDonaldTrump's Department of Justice decided to renew their racist assault on our immigrant communities," he wrote, adding that the move "doesn't make us safer and it violates America's core values."

Trump spokeswoman Lindsay Walters said the White House was "disappointed that a number of mayors have chosen to make a political stunt instead of participating in an important discussion with the president and his administration."

"President Trump is committed to tackling the challenges facing this country and looks forward to visiting with a large bipartisan group of mayors that represent both rural and urban municipalities," she said.

The 23 jurisdictions that received letters Wednesday include cities in Illinois, New York, California, New Mexico, Washington, Mississippi, Massachusetts, Kentucky, Vermont and Oregon. Officials said the places have been previously warned that they need to provide information about their policies to be eligible to receive grants that pay for everything from bulletproof vests to officer overtime.

Attorney General Jeff Sessions has blamed "sanctuary city" policies for crime and gang violence, saying Wednesday, "we have seen too many examples of the threat to public safety represented by jurisdictions that actively thwart the federal government's immigration enforcement_enough is enough."