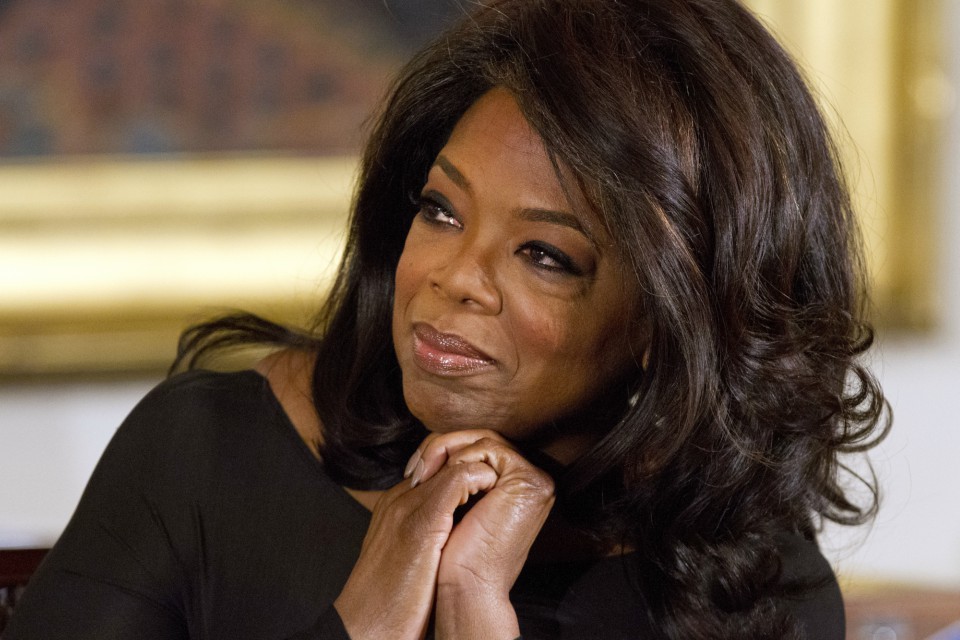 Asked about all the presidential speculation suddenly swirling around Winfrey, the typically pugilistic Trump steered clear of nasty nicknames and colorful insults while sizing up such a potential celebrity showdown.

"Oprah would be a lot of fun," said Trump, who added that he knows her "very well."

Trump appeared on Winfrey's long-running talk show in 1988 and again with his family in 2011, during her final season.

As Democrats encouraged Winfrey to consider a bid, her best friend, CBS News host Gayle King, said Tuesday that Winfrey is "intrigued" by the idea.

"She loves this country and would like to be of service in some way, but I don't think she's actively considering it at this time," King said, noting that she had spoken to Winfrey at length the night before. "I also know that after years of watching the Oprah show, you always have the right to change your mind."

The presidential buzz follows Winfrey's impassioned call for "a brighter morning even in our darkest nights" at the Golden Globes on Sunday night in a speech that left some viewers contemplating the idea of the Democratic Party embracing a celebrity candidate of its own to challenge Trump in 2020.

Trump, of course, was a businessman-turned-reality-television-star before his extraordinary political rise.

Winfrey, in September and October, publicly dismissed the notion of seeking the nation's highest office, though she noted that Trump's victory made her rethink the requirements of the office.

The 64-year-old media mogul has become a cultural phenomenon. She was born into a poor home in Mississippi but broke through as a television news and talk show personality in the 1980s. Over 30-plus years, she became the face of television talk shows, starred and produced feature films, and began her own network.

Trump's kind words for Oprah are not new. In a 1999 interview, he praised her as a strong choice for vice president.