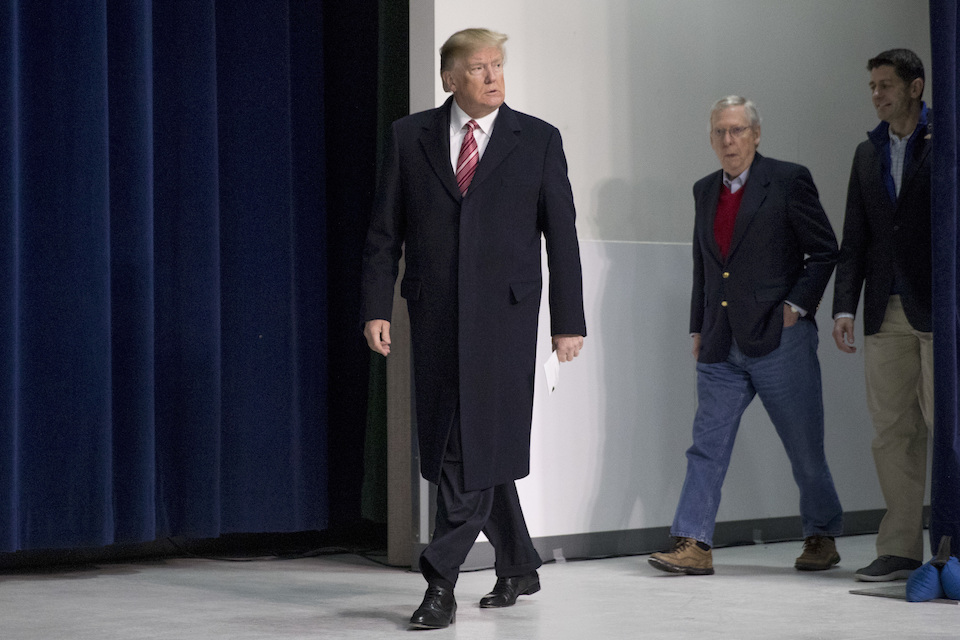 White House aide Stephen Miller, in a combative television appearance, described the book as "nothing but a pile of trash through and through." CIA Director Mike Pompeo, who said Trump was "completely fit" to lead the country, told a broadcast interviewer that he paused before answering because it was such "a ludicrous question."

"These are from people who just have not accepted the fact that President Trump is the United States president and I'm sorry for them and that," Pompeo told "Fox News Sunday." He gives Trump his regular intelligence briefings.

At issue is Michael Wolff's "Fire and Fury: Inside the Trump White House," which portrays the 45th president as a leader who doesn't understand the weight of his office and whose competence is questioned by aides.

"The portrayal of the president in the book is so contrary to reality, to the experience of those who work with him," Miller said

Miller also criticized Trump's former chief strategist Steve Bannon, who is quoted at length by Wolff, saying it was "tragic and unfortunate" that Bannon "would make these grotesque comments so out of touch with reality and obviously so vindictive."

Soon after, Trump tweeted: "Jake Tapper of Fake News CNN just got destroyed in his interview with Stephen Miller of the Trump Administration. Watch the hatred and unfairness of this CNN flunky!"

Trump took to Twitter on Saturday to defend his fitness for office, insisting he is "like, really smart" and, indeed, a "very stable genius." He pressed the case again on Sunday as he prepared to depart Camp David for the White House.

"I've had to put up with the Fake News from the first day I announced that I would be running for President. Now I have to put up with a Fake Book, written by a totally discredited author," he tweeted.

Wolff's book draws a derogatory portrait of Trump as an undisciplined man-child who didn't actually want to win the White House and who spends his evenings eating cheeseburgers in bed, watching television and talking on the telephone to old friends.

The book also quotes Bannon and other prominent advisers as questioning the president's competence.

Chatter about Trump's mental fitness for office has intensified in recent months on cable news shows and among Democrats in Congress.

"If he was unfit, he probably wouldn't be sitting there and wouldn't have defeated the most qualified group of candidates the Republican Party has ever seen," she said, calling him "an incredibly strong and good leader."