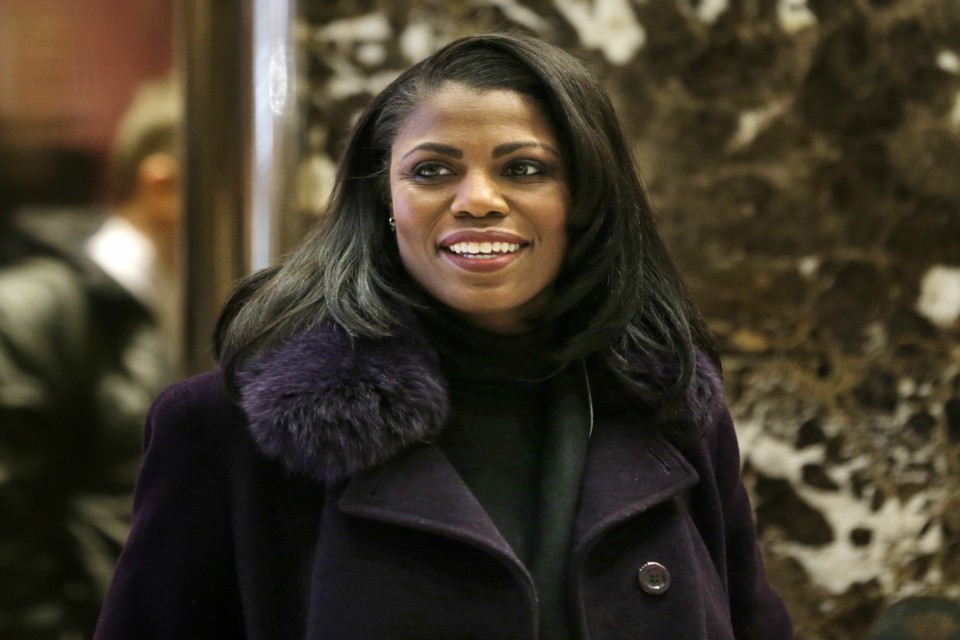 White House press secretary Sarah Huckabee Sanders said Manigault Newman's last day will be Jan. 20, one year since Trump's inauguration. "We wish her the best in future endeavors and are grateful for her service," Sanders said.

Manigault Newman served as an assistant to the president and director of communications for the White House Office of Public Liaison, working on outreach to various constituency groups. But the office languished under her watch and White House chief of staff John Kelly had indicated that changes were forthcoming, including her dismissal, according to two White House officials who insisted on anonymity because they were not authorized to speak publicly about personnel matters.

Manigault Newman, better known by just her first name, was escorted from the White House complex Tuesday night but was allowed to tender her resignation.

Her exit comes at the front end of what's expected to be a wave of departures. Deputy national security adviser Dina Powell is also departing early next year, the White House said last week.

Manigault Newman, who drew a top salary of $179,700, was one of Trump's highest-profile supporters during the campaign and also worked with Trump's transition team.

Kelly, the retired Marine general who had made it is mission to tighten White House operations and streamline how Trump gets information, has told aides that he wanted to curtail the number of White House officials with ill-defined positions and responsibilities.

Kelly took away Manigault Newman's ability to come and go from the Oval Office as she pleased. During the first months of Trump's administration, aides were known to wander in and out of meetings, a practice Kelly ended across the board. She also drew Kelly's ire by occasionally going around him to slip news articles to the president.

Manigault Newman enjoyed a close relationship with the president despite the fact that he once uttered the famous "You're fired!" line to her before dispatching her from the TV show. She held her April wedding at Trump's hotel blocks from the White House.

She had a knack for generating unflattering headlines.

An African-American White House reporter earlier this year accused Manigault Newman of physical and verbal intimidation, including issuing a warning that the White House kept "dossiers" on black journalists. The White House denied compiling such information.

Her appearance at the National Association of Black Journalists' convention in New Orleans in August devolved into a testy clash with a veteran news anchor during a panel discussion on policing in black communities.