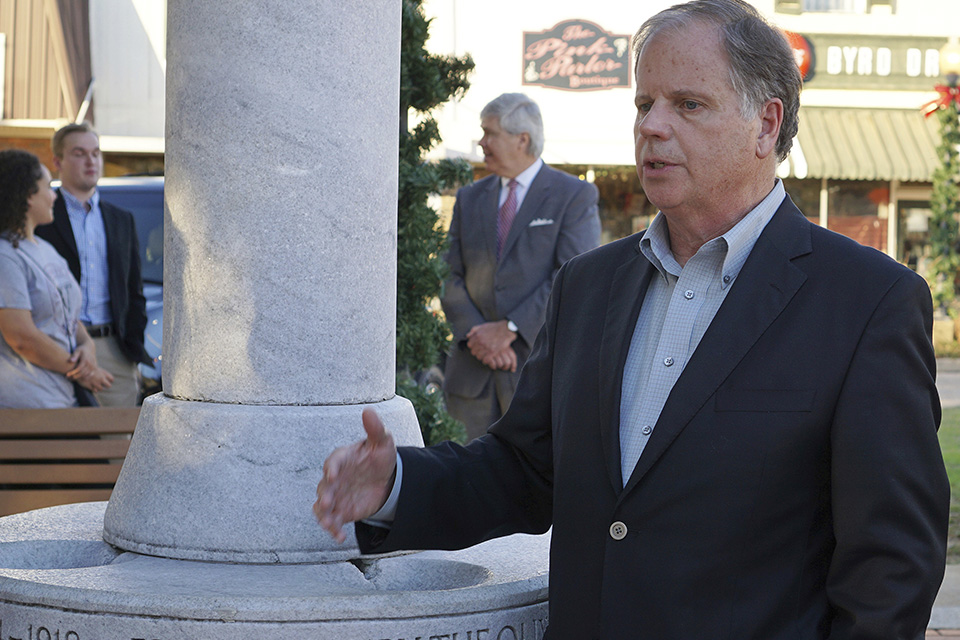 MONTGOMERY, Ala. — The Alabama Democrat who was disparaged by President Donald Trump as "soft on crime" is a former U.S. attorney who prosecuted church bombers and domestic terrorist Eric Rudolph.

Here's a brief look at Jones' record and views on the subjects mentioned by Trump :

Jones spent 12 years as a prosecutor in the U.S. Department of Justice, serving as an assistant U.S. attorney from 1980 to 1984 and as U.S. attorney in Birmingham under the Clinton administration from 1997 to 2001. He has been in private practice since leaving the Department of Justice, and has worked as a defense attorney for some of the state's well-connected political figures in white collar cases.

Jones says on his campaign website that he disagrees with Attorney General Jeff Sessions "rolling back sentencing reform efforts." Jones says prosecutors and judges should be given flexibility in handling cases. While on the bench. Jones' opponent Roy Moore, also criticized mandatory minimum sentences for people he said should be considered non-violent offenders.

It's not clear what Trump meant by his criticism of Jones' record on borders. However, Jones has said he does not support Trump's proposal for a border wall. He called it too expensive and said the money could be put to better use.