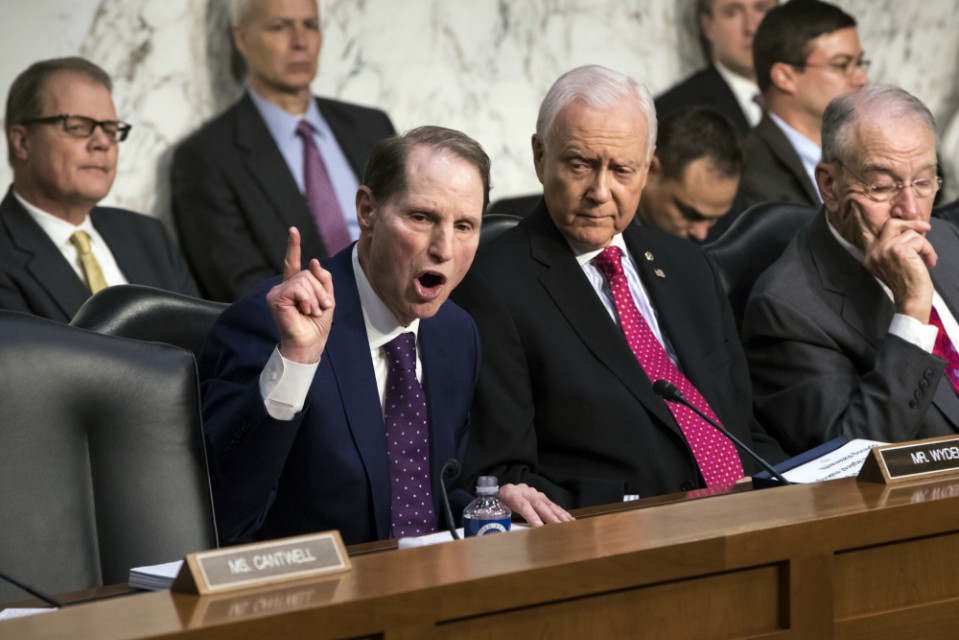 WASHINGTON (AP) — Senate Republicans said Tuesday they are intent on repealing the health care law requirement that Americans get health insurance, targeting the provision as a way to finance deep tax cuts in their far-reaching overhaul.

The surprise renewal of the failed effort to repeal the law's mandate came a day after President Donald Trump renewed pressure on GOP lawmakers to include the repeal in their tax legislation. It has sharp political stakes for Trump, who lacks a major legislative achievement after nearly 10 months in office.

The move by Republicans in the Senate Finance Committee upended the debate over the tax measure just as it was inching closer to passage following months of fine-tuning and compromise. It turned the debate into an angry partisan referendum on health care and President Barack Obama's signature law.

Beyond Trump's prodding, the repeal move also was dictated by the Republicans' need to find revenue sources for the massive tax-cut bill that calls for steep reductions in the corporate tax rate and elimination of some popular tax breaks.

"We are optimistic that inserting the individual mandate repeal would be helpful; that's obviously the view of the Senate Finance Committee Republicans," Majority Leader Mitch McConnell, R-Ky., told reporters.

The "Obamacare" mandate requires most people to buy health insurance coverage or face a fine. Without being forced to get coverage, fewer people would sign up for Medicaid or buy federally subsidized private insurance. Targeting the mandate in the tax legislation would save an estimated $338 billion over a decade that could be used to help pay for the deep cuts.

The Congressional Budget Office has estimated repealing the requirement that people buy health coverage would mean 4 million additional uninsured people by 2019 and 13 million more by 2027.

It "will cause millions to lose their health care and millions more to lose their premiums," Sen. Ron Wyden of Oregon, the senior Democrat on the Finance Committee, angrily insisted when the panel reconvened to work on the tax bill and word came of the Republicans' move on the mandate.

The completed House tax bill, pointed toward a vote in that chamber on Thursday, does not currently include repeal of the health insurance mandate. Trump plans an in-person appeal to House Republicans before the vote.

Republican Sens. Rand Paul of Kentucky and Tom Cotton of Arkansas had pushed for the repeal in the tax bill just months after GOP efforts to dismantle the 2010 health care law had collapsed in the Senate.

"Repealing the mandate pays for more tax cuts for working families and protects them from being fined by the IRS for not being able to afford insurance that Obamacare made unaffordable in the first place," Cotton said in a statement.

Congressional Republicans projected confidence earlier in the day about delivering the legislation.

House GOP leaders rallied support with the rank-and-file at a closed-door meeting.

Earlier in the Senate panel's work on the bill, the Democrats complained that the bill would enable U.S. corporations with foreign operations and wealthy individuals and families to exploit loopholes to skirt millions in taxes.

On Monday, a nonpartisan analysis of the Senate bill showed it would increase taxes for some 13.8 million moderate-income American households.

Promoted as needed relief for the middle class, the House and Senate bills would deeply cut corporate taxes, double the standard deduction used by most Americans and limit or repeal completely the federal deduction for state and local property, income and sales taxes. Republican leaders in Congress view passage of the first major tax revamp in 30 years as imperative for the GOP to preserve its majorities in next year's elections.

Trump's planned pitch on Capitol Hill, after returning from his Asia trip, was disclosed by a White House official who wasn't authorized to discuss publicly the president's schedule and spoke to The Associated Press on condition of anonymity.

In the meantime, Trump tweeted into the debate Monday by urging Republican leaders to get more aggressive in the tax legislation. He called for a steeper tax cut for wealthy Americans and the addition of a contentious health care change to the already complex mix.