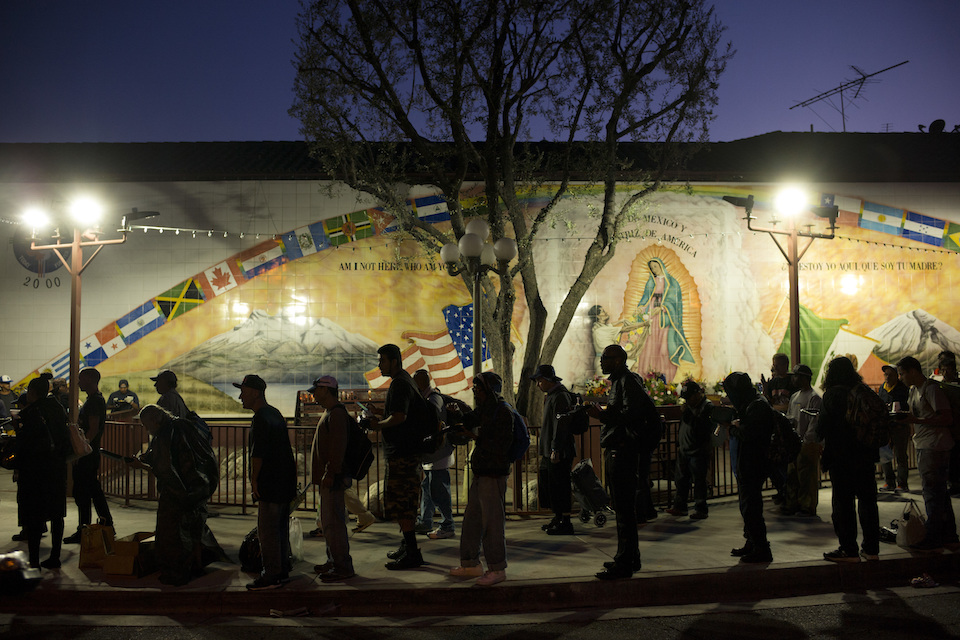 Homelessness is not a new issue to America's West Coast. But it's getting worse - much worse.

On any given night, more than 105,000 people are sleeping unsheltered in some of the country's biggest and trendiest metropolises, driven there by soaring housing costs, rental vacancy rates that rival those in Manhattan and a booming tech economy that's leaving thousands behind.

Another 63,000 are sleeping in shelters or transitional housing with no safety net.

The rising numbers have pushed abject poverty into the open like never before.

San Diego now scrubs its sidewalks with bleach to counter a deadly hepatitis A outbreak that has spread to other cities and forced California to declare a state of emergency. 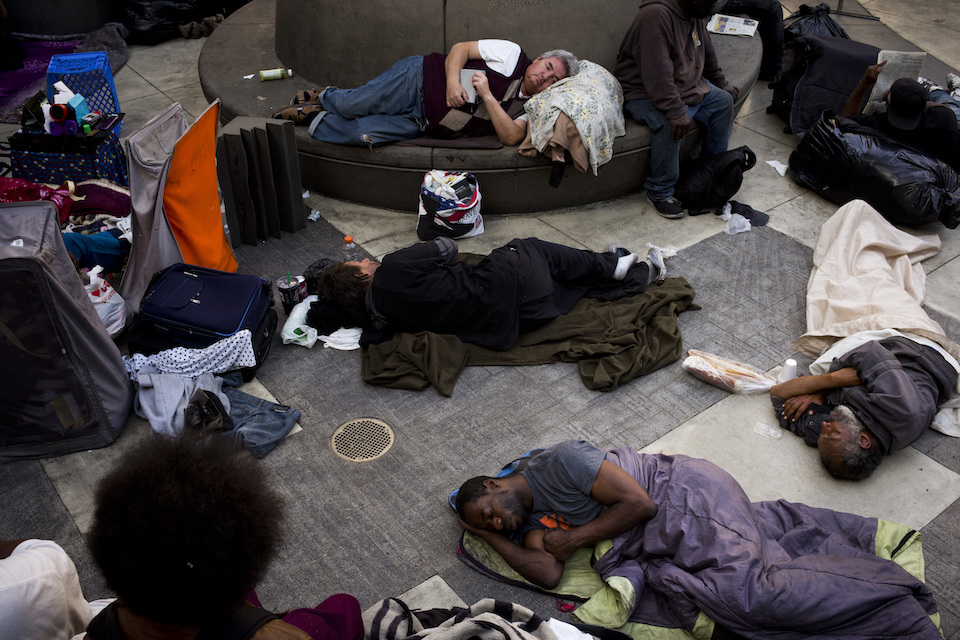 PHOTO: The mission's courtyard is open to any homeless people looking for a safe place to spend the night, Thursday, Sept. 14, 2017, in Los Angeles. A homeless crisis of unprecedented proportions is rocking the West Coast, and its victims are being left behind by the very things that mark the region's success: soaring housing costs, rock-bottom vacancy rates and a roaring economy that waits for no one. (AP Photo/Jae C. Hong)

In Anaheim, home to Disneyland, 400 people sleep along a bike path in the shadow of Angel Stadium.

Organizers in Portland, Oregon, lit incense at a recent outdoor food festival to mask the stench of urine in a parking lot where vendors set up shop.

All along the coast, elected officials are scrambling for solutions.

"It's a sea of humanity crashing against services, and services at this point are overwhelmed, literally overwhelmed," said Jeremy Lemoine, who works for a Seattle nonprofit that provides various forms of assistance to the homeless. "It's catastrophic."