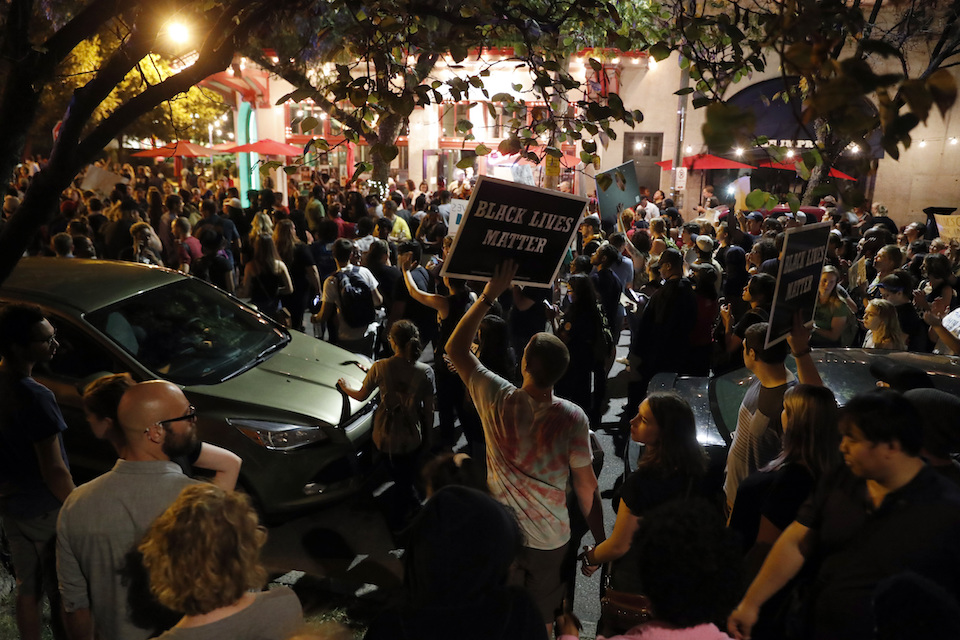 WICHITA, Kan. (AP) — A judge's decision to acquit an officer of murder in the death of a black suspect came down to two major questions:

Did the officer plant a gun, and did his outburst about killing the man seconds before the shooting signal premeditation?

St. Louis Circuit Judge Timothy Wilson determined Friday that prosecutors failed to prove beyond a reasonable doubt that Jason Stockley's use of deadly force was not justifiable self-defense. Anthony Lamar Smith was killed in the 2011 encounter.

"Ultimately when people argue about this case, they are going to be arguing whether the judge drew the right conclusion from the evidence and probably less about the law," said Ben Trachtenbert, an associate professor of law at the University of Missouri.

Here's a look at how the judge parsed those arguments in his ruling:

DID THE OFFICER PLANT THE GUN?

The officers were investigating what appeared to be a drug transaction in the parking lot of a fast food restaurant. The car sped away and a high-speed chase ensued.

Prosecutors argued the presence of Stockley's DNA — and absence of Smith's DNA — on the gun proved the gun must have been planted by the officer.

But the defense countered that Stockley heard his partner yell "gun" and saw the driver's hand on a gun as the car sped by him.

Stockley testified he did not draw his service revolver and fire until he saw Smith reaching around inside the vehicle after it was stopped. He said Smith changed his demeanor, suggesting he found the gun.

Stockley testified that after the shooting he found the gun tucked down between the seat and the center console, and he rendered the gun safe by unloading cartridges from the cylinder and then left the gun and cartridges on the passenger seat.

In his ruling, Wilson wrote that "a fact issue that is central" to the case is whether Smith had the gun when he was shot. He found the state's contention that the officer planted the gun is not supported by evidence.

A full-sized revolver was too large for the officer to hide in his pants pockets and he was not wearing a jacket, the judge said. If the gun had been tucked into his belt, it would have been visible on a bystander's video that showed Stockley walking between the police car and Smith's car, he found.

Wilson also noted none of the officers standing next to the vehicle were called to testify that Stockley planted a gun. And he recounted witness testimony that the absence of a person's DNA on a gun does not mean that person did not touch the gun.

"Finally, the Court observes, based on its nearly thirty years on the bench, that an urban heroin dealer not in possession of a firearm would be an anomaly," the judge wrote.

___
DID THE OFFICER'S OUTBURST INDICATE PREMEDITATION?

Smith drove at speeds of up to 87 miles per hour on wet roads, endangering other drivers and pedestrians. About 45 seconds before the chase ended, police dashcam video captured Stockley saying, "going to kill this (expletive), don't you know it."

Prosecutors argued that statement proved the officer deliberated about killing Smith even before the pursuit ended.

When questioned about his statement at trial, Stockley said he could not remember saying those words. The ruling noted Stockley testified he had not made a decision to kill Smith and could not recall the context in which the statement was made.

The judge said in his decision that it was apparent from the dashcam audio and video that the pursuit was stressful, both because of its high speed and the confusion caused by multiple radios and communications with the dispatcher.

"People say all kinds of things in the heat of the moment or while in stressful situations, and whether Stockley's statement ... constituted a real threat of action or was a means of releasing tension has to be judged by his subsequent conduct," the judge wrote.

The court does not believe the officer's conduct following the end of the pursuit is consistent with the conduct of a person intentionally killing another person unlawfully, Wilson wrote. He noted testimony by the state's witnesses that Stockley ordered Smith to open the door and show his hands.

It was not until 15 seconds after Stockley arrived the driver's side door that he took his service revolver out of its holster and fired several shots.