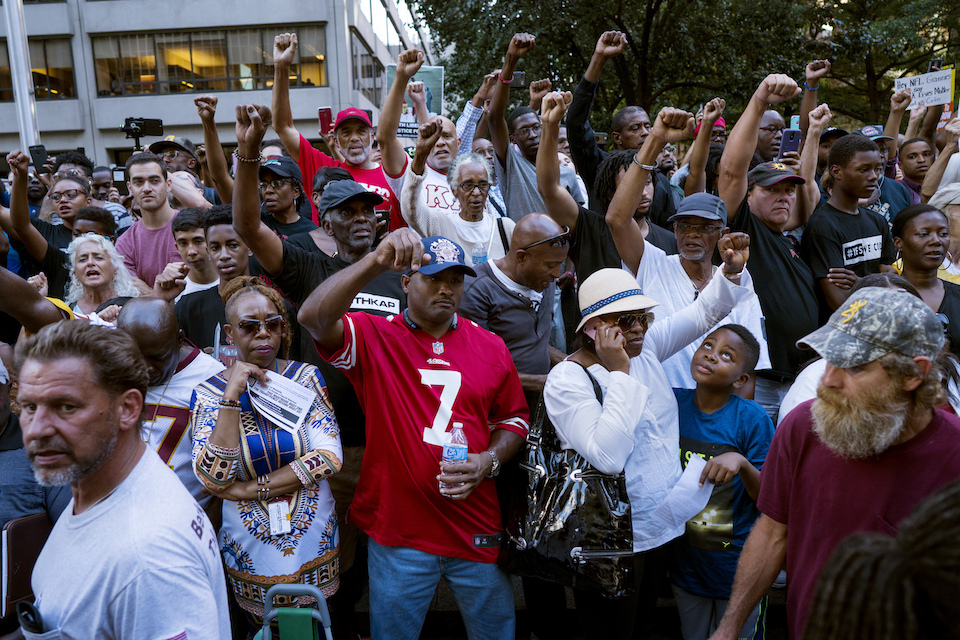 NEW YORK (AP) — The Latest on efforts in support of former San Francisco 49ers quarterback Colin Kaepernick, who refused to stand for the national anthem (all times local):

Supporters of former San Francisco 49ers quarterback Colin Kaepernick (KAP'-ur-nihk) are demanding he be signed by a team before the National Football League season starts next month.

They gathered outside the NFL's New York City headquarters on Wednesday to show their support for the free agent, who once played in the Super Bowl but opted out of his contract and hasn't been signed.

Kaepernick refused to stand for the national anthem before games as a protest of police brutality targeting blacks. His supporters say he's being blackballed. Critics point to his playing ability and say he should have stood. 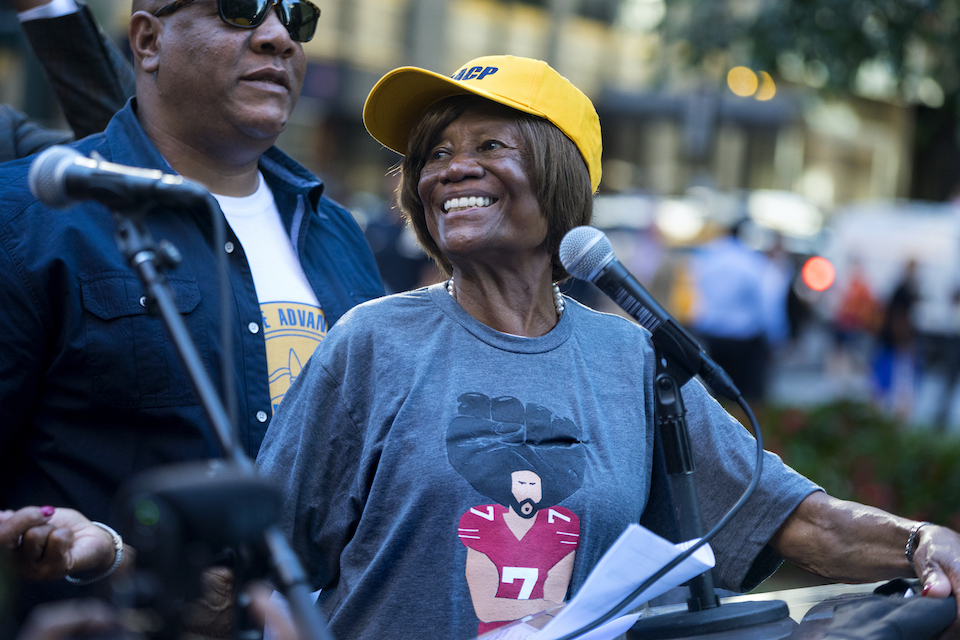 6 p.m.
Hundreds of supporters of former San Francisco 49ers quarterback Colin Kaepernick (KAP'-ur-nihk) are rallying outside the New York City headquarters of the National Football League to support him.

Kaepernick refused to stand for the national anthem as a protest against police brutality and is now without a team. His supporters say he's being blackballed. The free agent once played in the Super Bowl but hasn't been signed by any football club.

Some critics say it's about his ability as a player. Others say he should have stood for the anthem.

The NAACP sent a letter to NFL commissioner Roger Goodell on Tuesday about the situation, saying it's "no sheer coincidence" Kaepernick is unsigned.

The civil rights organization wants a meeting with the NFL to discuss the situation.

Noon
The NAACP wants a meeting with the NFL commissioner to discuss the fate of Colin Kaepernick (KAP'-ur-nihk).

He's the former San Francisco 49ers quarterback who refused to stand for the national anthem — kneeling as a protest against police brutality. He once took his team to the Super Bowl, but he's a free agent now, and no club has signed him.

The NAACP says in a letter to the football commissioner, Roger Goodell, that it's apparently "no sheer coincidence" that Kaepernick hasn't been picked up.

Derrick Johnson — the NAACP's interim president and CEO — says "no player should be victimized and discriminated against because of his exercise of free speech."

The NAACP plans to participate in a rally Wednesday at NFL headquarters in New York in support of Kaepernick.