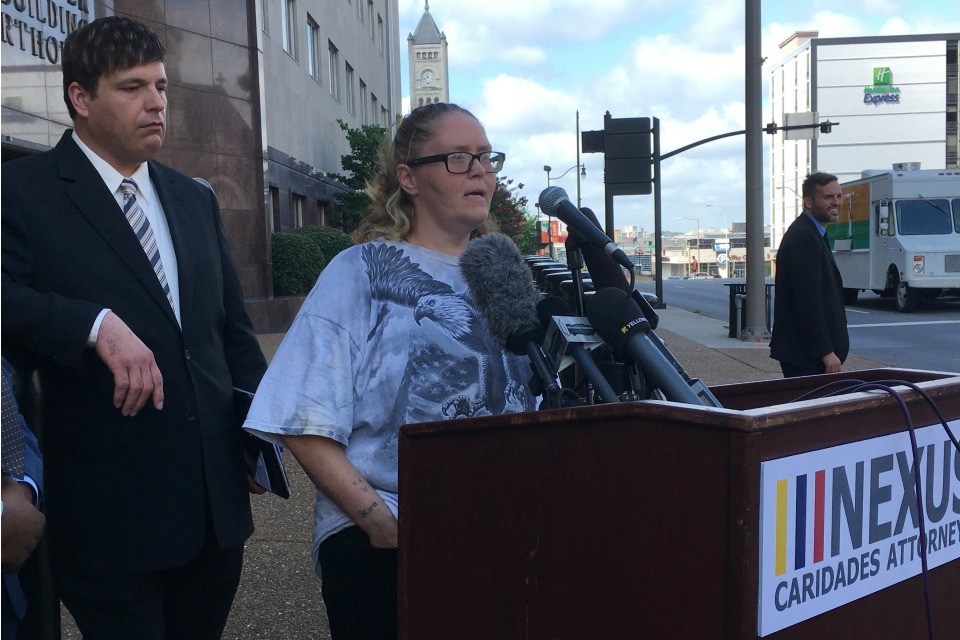 NASHVILLE, Tenn. (AP) — A Tennessee sheriff and judge violated the constitutional rights of jail inmates by promising to reduce their sentences if they underwent birth control procedures, an ex-inmate says in a federal lawsuit.

Christel Ward was among the misdemeanor-level White County Jail inmates who took the deal, according to the lawsuit. She said Thursday that she still has the unwanted birth control device in her arm that authorities injected in her.

In July, the judge rescinded the two-month-old policy amid pushback from the state Health Department, the American Civil Liberties Union and some lawmakers.

After Ward received the implant, officials denied her the promised jail-time reduction, according to the lawsuit. When she asked for the procedure to be reversed, the suit says, they said it would cost her $250 dollars.

"This is not about (Ward's) sentence reduction and it's not about family planning," Donovan said. "This is about determining who in the community is undesirable to Sheriff Shoupe and this is his mastermind to force those people to not procreate. And that is disgusting."

Before Benningfield dropped the policy, the state Health Department notified the court this month that the state would no longer offer free birth control or vasectomies to White County inmates.

In rescinding the program, the judge said the inmates who agreed to birth control would still receive 30 days of jail credit, regardless of whether they had undergone the procedure. There were 35 women and 42 men who signed up, said Mario Williams, an attorney with the Nexus group.

"I did not change my mind," Benningfield said in a statement afterward. "The health department succumbed to the pressure and withdrew their offer of services. I had nothing to offer so rescinded the order. I bet they didn't tell that part."

Benningfield had said previously that he wanted to help repeat offenders after prison to "take personal responsibility and give them a chance, when they do get out, not to be burdened again with additional children."

According to the lawsuit, Ward received the birth control injection on May 5, 10 days before the judge issued an order about the program. The plaintiffs say that's an indicator that the sheriff had the program in place before the judge's order.

Ward also had to attend a Department of Health presentation about Nexplanon and drug-addicted babies, but no one ever said inmates with documented drug addiction problems were the specific group that needed to be sterilized, the lawsuit states.

The lawsuit seeks a jury trial to find that the program is unconstitutional; that officials have to remove the birth control from Ward for free; and that Ward is due an unnamed amount of punitive damages.

This story has been corrected to say birth control, not sterilization in the short headline.