Tributes Pour in Celebrating the Life of Martha Rivera Chavis 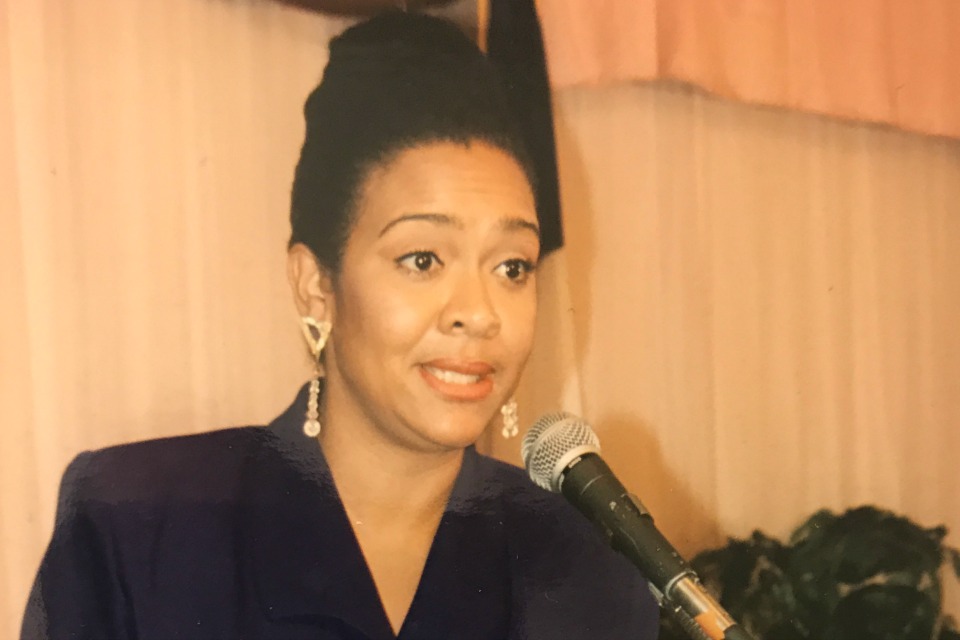 Martha Rivera Chavis was not just the wife of civil rights leader Dr. Benjamin F. Chavis Jr., but by all accounts, from those who knew the Dominican Republic-born activist, Rivera Chavis strived just as hard as her beloved husband for freedom, justice and equality for Blacks and other minorities.

“I met Martha in 1993 when she was head of the Women in NAACP [WIN] committee and she simply brought new life to that organization,” said Zach McDaniels, who served as the strategic adviser for Dr. Chavis when he organized the Million Man March.

“Martha shook up the NAACP, she had a very vibrant spirit and to be around her and in her presence, was always something special,” said McDaniels also worked as director of community affairs for famed Baltimore attorney Billy Murphy.

“Our mother’s spirit, passion and love will always be with us,” Rivera Chavis and Dr. Chavis’ children, Franklin, Ana Elisabeth, John Mandela, and Reginald Louis Chavis, said in a statement.

Chavis and his wife met in the late 1980s, after the civil rights leader spent time in Angola, where American-backed rebels mined civilian areas.

At the time, Angola had one of the highest percentages of individuals with missing limbs, victims of the country’s brutal civil war, a fact that moved both Dr. Chavis and his wife.

When Chavis met Martha Rivera, she was 29 and employed as a French-to-Portuguese translator for Angola’s United Nation’s ambassador.

Angola’s U.N. Ambassador Manuel Pacavira introduced the couple at a New York restaurant and Chavis said although she was 16 years his junior, he was impressed with Martha’s sense of history and her knowledge of the contemporary movement in African, Latin America and the Caribbean—each striving for independence, freedom and equality.

“I was impressed that this young sister from the Dominican Republic had an African conscience. A lot of times when you come from a place, you know where you are and you know your roots, but Martha knew what was going on in the contemporary world,” Chavis said.

Rivera Chavis graduated from Paris-Sorbonne University, the main inheritor of the old Sorbonne, which dates back to the 13th century and counts as one of the first universities in the world.

She spoke fluently in five languages: Spanish, Portuguese, French, Italian and English. She also worked as a translator for the Angolan ambassador.

“We had the dinner with the ambassador in early September and by the 20th of September, we got married,” Chavis said. “It was not only love at first sight, but marriage at first sight.”

The couple brought home 10 Angolans, including six with missing limbs.

The injured foreign visitors remained in the Chavis’ home for more than a year with the couple traveling with them to Capitol Hill to bring to light the atrocities that were happening in Angola and other parts of Africa.

“Martha didn’t just show sympathy, she empathized and wanted to do something about it,” Chavis said.

“The thought of leaving a secure position meant a lot of soul-searching for both of us and Reginald F. Lewis had convinced me to do it and Martha encouraged me to go for the NAACP job,” Chavis said.

“She would become a strong advocate for the NAACP and, at the time, the organization was struggling to attract younger people to come back and here I was with my young wife, in her late 20s. When I won, I would never forget the famous picture of Martha and I in The New York Times.”

Chavis continued: “She sang ‘Lift Every Voice and Sing’ with all of us and she always remembered that and I would always use those words, those verses, in my speeches and sermons.”

Rivera Chavis would become head of WIN; she supported the women of the Million Man March and then spoke along with actress Jada Pinkett and others at a later Million Women March, which she helped to organize.

“Martha will be known for her passion, she was extremely passionate about her family about her culture and most of all about Dr. Chavis,” said Kent Matlock, the chairman of Matlock Advertising and Public Relations in Atlanta, Ga.

Matlock noted how pivotal a role Rivera Chavis played in the unprecedented “Fair-Share” deal made between the NAACP and Denny’s Restaurants after the chain had been charged with racial discrimination at several of its properties.

The deal in which Denny’s pledged to hire and promote minorities and increase purchases from minority-owned business was estimated at more than $1 billion over seven years.

“Martha was a strong civic-minded person,” Matlock said. “I trace it back to her [Dominican Republic] roots. She was high-spirited and committed. She had an understanding way about her and was very accepting of other people. The world was a better place with her in it.”

NAFEO president and CEO Dr. Lezli Baskerville issued a statement saying she knew Rivera Chavis to be a loving and doting wife and mother.

“I knew her also as a courageous, strategic, freedom fighter who valiantly helped to shaped and lead campaigns for freedom, justice and human dignity for all persons, in her birth country, on the African continent, Cuba, and in her adopted country of these United States,” Baskerville said.

The Memorial Celebration of Life for Mrs. Martha Rivera Chavis will be held at Martin’s Home for Service Inc. Chapel, 48 Elm Street, Montclair, N.J. 07042 on July 11, 2017 at 6 p.m. For more information, visit www.martinshfs.com.

The memorial burial services will be held at the Funeraria del Pueblo Avendia Independencia in San Pedro de Macrois, Dominican Republic on July 12 and July 13.

A memorial fund has been established for Rivera Chavis, who will be buried in the Dominican Republic. Those wishing to contribute can visit https://nnpamartharchavismemorialfund.mydagsite.com/.