Pentagon: US Shoots Down Syrian Aircraft for First Time 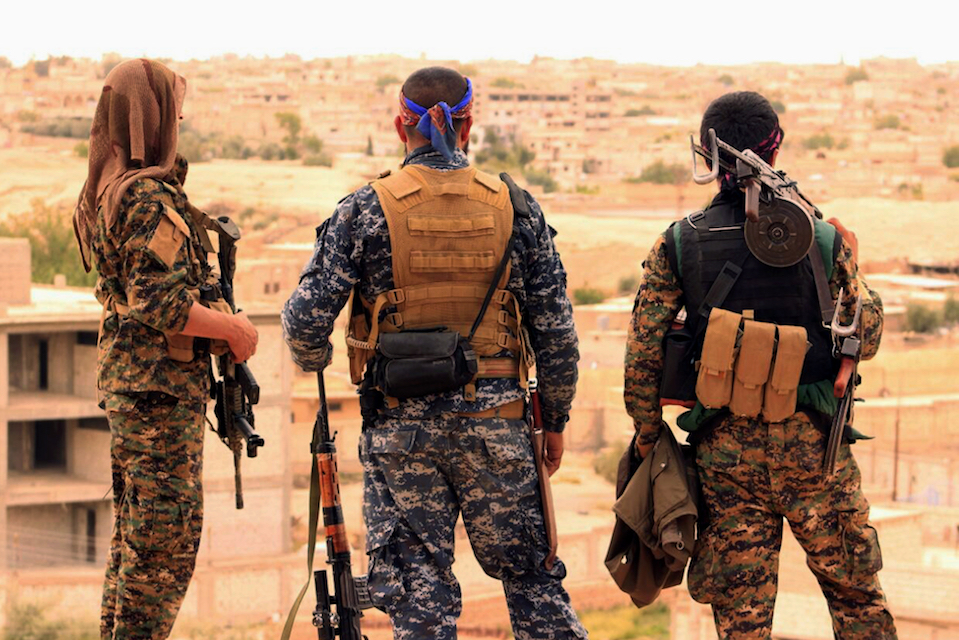 WASHINGTON (AP) — The U.S. military on Sunday shot down a Syrian Air Force fighter jet that bombed local forces aligned with the Americans in the fight against Islamic State militants, an action that appeared to mark a new escalation of the conflict.

The U.S. had not shot down a Syrian regime aircraft before Sunday's confrontation, said Navy Capt. Jeff Davis, a Pentagon spokesman. While the U.S. has said since it began recruiting, training and advising what it calls moderate Syrian opposition forces to fight IS that it would protect them from potential Syrian government retribution, this was the first time it resorted to engaging in air-to-air combat to make good on that promise.

The U.S.-led coalition headquarters in Iraq said in a written statement that a U.S. F-18 Super Hornet shot down a Syrian government SU-22 after it dropped bombs near the U.S. partner forces, known as the Syrian Democratic Forces.

The shootdown was near Tabqa, a Syrian town in an area that has been a weekslong focus of fighting against IS militants by the SDF as they surround the city of Raqqa and attempt to retake it from IS.

The U.S. military statement said it acted in "collective self defense" of its partner forces and that the U.S. did not seek a fight with the Syrian government or its Russian supporters.

According to a statement from the Pentagon, pro-Syrian regime forces attacked the U.S.-backed Syrian Democratic Forces-held town of Ja'Din, south of Tabqah in northern Syria, wounding a number of SDF fighters and driving the SDF from the town.

Coalition aircraft conducted a show of force and stopped the initial pro-regime advance toward the town, the Pentagon said. Following the pro-Syrian forces attack, the coalition called its Russian counterparts "to de-escalate the situation and stop the firing," according to the statement.

A few hours later, the Syrian SU-22 dropped bombs near SDF fighters and, "in collective self-defense of coalition-partnered forces," was immediately shot down by a U.S. F/A-18E Super Hornet, the Pentagon said.

"The coalition's mission is to defeat ISIS in Iraq and Syria," the Pentagon said, using an abbreviation for the Islamic State group. "The coalition does not seek to fight Syrian regime, Russian or pro-regime forces partnered with them, but will not hesitate to defend coalition or partner forces from any threat. "

U.S. forces tangled earlier this month with Syria-allied aircraft in the region. On June 8, U.S. officials reported that a drone likely connected to Iranian-supported Hezbollah forces fired on U.S.-backed troops and was shot down by an American fighter jet. The incident took place in southern Syria near a base where the U.S.-led coalition was training Syrian rebels fighting the Islamic State group.

An Army spokesman at the Pentagon said at the time that the drone carried more weapons and was considered a direct threat, prompting the shootdown.