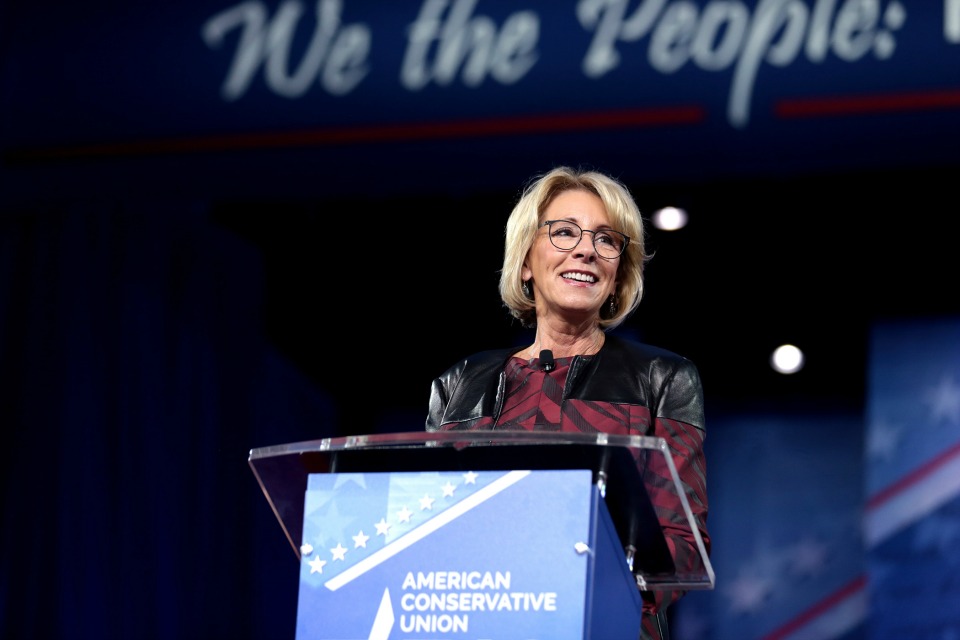 President Barack Obama signed ESSA into law on December 10, 2015, reauthorizing the landmark Elementary and Secondary Education Act (ESEA). According to the U.S. Department of Education, ESSA includes provisions designed to advance equity in education by upholding critical protections for America's disadvantaged and high-need students; requires that all students in America be to high academic standards that will prepare them to succeed in college and careers; helps to support and grow local innovations—including evidence-based and place-based interventions developed by local leaders and educators; ensures that vital information is provided to educators, families, students, and communities through annual statewide assessments that measure students' progress toward those high standards; and sustains and expands this administration's historic investments in increasing access to high-quality preschool.

The law does not, however, eliminate CCSS.

The Los Angeles Times reported, that President Trump said that he wanted to get rid of Common Core, during a recent town hall with business leaders.

“Common Core to me, we have to end it," said Trump. "We have to bring education local."

Last year, as the Republican presidential nominee, the reality TV star even proposed getting rid of the Education Department altogether, according to Breitbart.com. During an interview with Sean Hannity on Fox News, Trump said that the Department of Education “can be largely eliminated.”

Education Week reported that DeVos told a Michigan radio host that ESSA “effectively does away ‘with the notion of the Common Core.’” She later went on Fox News and made the same false claim.

Neither President Trump, nor Education Secretary Betsy DeVos can make any changes to CCSS, because states, local officials and community stakeholders developed those standards.

Writing for The Washington Post’s “Answer Sheet” blog, Valerie Strauss called the Common Core State Standards, “among the most controversial topics in education for years,” noting that, “It started as a bipartisan effort to create a set of math and English language-arts standards for students across the country to use, but it became an educational and political mess.”

Strauss wrote, “Most states adopted and implemented the standards early in the Obama administration—but failed to give teachers sufficient time to learn it, and critics from every part of the political spectrum found fault with some part of the initiative.”

In a blog for Education Week, posted back in February, Andrew Ujifusa wrote that, “states adopt content standards like the common core—the federal government doesn't get to choose for them. Washington also didn't write the common core. There was intense debate during President Barack Obama's administration about whether Washington improperly coerced states into adopting the common core through programs like Race to the Top grants. But regardless of that debate, the president by himself doesn't have the authority to scrap the standards with the stroke of a pen.”

Ujifusa continued: “What about Congress? The Every Student Succeeds Act explicitly bars the education secretary from influencing states' decisions about standards. So right now, neither Trump nor DeVos can bar states from using the common core. Absent a change to federal education law that bans the common core outright or in some way relaxes those prohibitions on the secretary (neither of those possibilities appears at all likely right now), their hands are tied.”

“[The Every Student Succeeds Act] prevents the federal government from mandating what a state decides to do with its specific education policies, such as requiring Common Core,” Politifact reported. “The government did not, however, require states to adopt Common Core before this law.”

While some education writers like Strauss try to decipher what DeVos might have meant and conservative columnists simply dismiss journalists who take the president’s vows and campaign promises, “literally, but not seriously,” the fact remains that limiting the role of the federal government in how states designed their own education policies, received bipartisan support under ESSA.

Yet, the Republican-controlled Congress has taken votes weakening ESSA’s accountability standards, further reducing the federal government’s influence over the states to close the achievement gap between Black and White students and to ensure equal education standards for all students.

While making misleading statements about national educational policies, the Trump Administration also issued a new template for state education plans that “appears to place fewer requirements around how a state explains its outreach to various groups in the state for their feedback and ideas,” according to Education Week.

“The Obama template says states must engage in timely and meaningful consultation with stakeholders in developing its consolidated state plan. And it added that these ‘stakeholders’ must ‘reflect the geographic diversity of the state,’” Education Week reported. “The Trump template, on the other hand, says merely that states can describe their outreach to these groups if they want to, but it's not a must. To be sure, educators and advocates never had veto power over a state's plan. Still, a state will no longer be required to involve their local community in crafting their plan.”

According to Education Week, Laura Bay, the president of the National Parent Teacher Association, said that she’s worried that the states won’t place a priority on reaching out to key groups, including parents, now that it's no longer required.

In a statement about the revised template, Senator Patty Murray (D-Wash.), ranking member of the Senate Health, Education, Labor, and Pensions (HELP) Committee, and Rep. Bobby Scott (D-Va.), ranking member of the House Committee on Education and the Workforce said that they were “disappointed that Secretary DeVos is casting aside input from teachers, parents and stakeholders and is refusing to implement the Every Student Succeeds Act as Congress intended.”

The statement continued: "Without the strong federal guardrails ESSA puts in place—including requirements for stakeholder consultation and a common state plan—decision making becomes less transparent and puts our most vulnerable children at risk of falling through the cracks."

To learn more about the Every Student Succeeds Act, visit nnpa.org/essa.