Chicago and DOJ Propose a Monitor to Oversee Police Reform 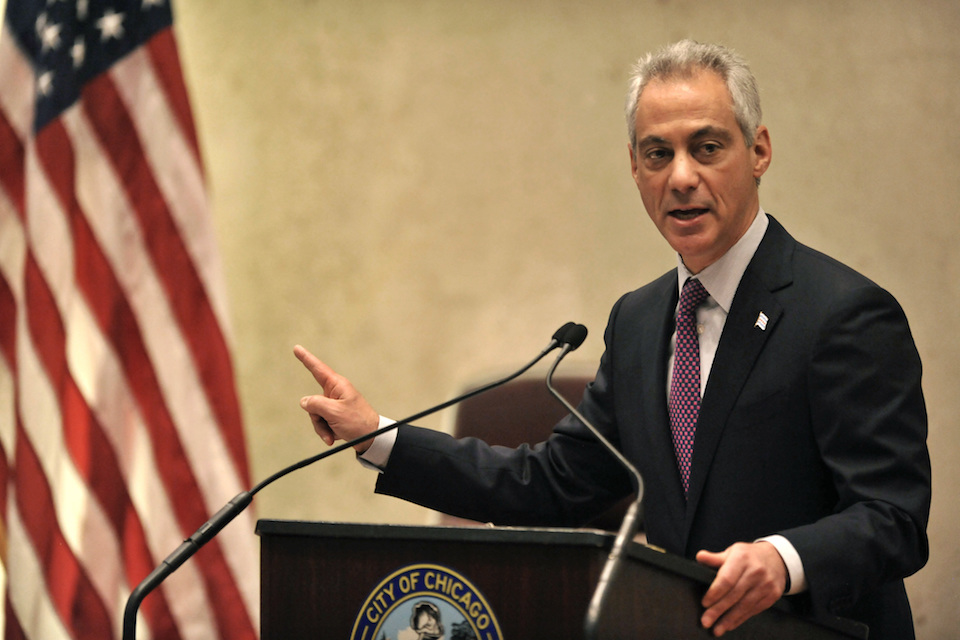 CHICAGO (AP) — The city of Chicago and the U.S. Justice Department have negotiated a draft agreement that calls for an independent monitor to oversee police department reforms, though it is unclear if there will be court oversight at some stage in the future, an official in Mayor Rahm Emanuel's administration told The Associated Press.

A monitor would be appointed if the Justice Department gives final approval to the "memorandum of agreement," which includes a framework for adopting and implementing reforms that federal officials said were needed in the Chicago Police Department, an official in Emanuel's administration familiar with the agreement said Friday.

The official spoke on condition of anonymity because the person wasn't authorized to speak publicly about the proposal.

The Justice Department is currently giving the draft a final review. The official said in an email that the administration is hopeful the agreement "will be executed soon," adding that the action will "guide future reforms for years to come."

In January, just before President Donald Trump's inauguration, the Justice Department issued a scathing report on civil rights abuses by Chicago's police department over the years.

It found that institutional problems had led to serious civil rights violations, including a tendency to use excessive force.

The investigation began in 2015 after the release of dashcam video showing a white officer shooting a black teenager, Laquan McDonald, 16 times.

The proposed "memorandum of agreement" suggests the Trump administration may take a different approach from that of President Barack Obama's, which typically took a city's negotiated plan to a federal judge to make it legally binding in the form of a "consent decree."

Under Obama, it was the court that also appointed a monitor, answerable to the court, to ensure police complied with the agreed upon reforms.

Attorney General Jeff Sessions has expressed reservations about consent decrees, saying they can unfairly malign all officers for the actions of some bad apples.

During his confirmation hearing, Sessions questioned the use of consent decrees and the involvement of federal courts. He said one risk was that such legal actions can "undermine the respect for police officers."

Police unions — many of which endorsed Trump during the presidential campaign — have shared those concerns.

Advocates of consent decrees say they are the best way to ensure police departments enact reforms.

A judge, independent of political appointees or a White House administration's policy, can determine if departments aren't complying and force them to do so via a court order.

Emanuel previously has said the city will embark on police department reforms whether or not the Justice Department enters into an agreement with his administration.

The Justice Department's 161-page January report on Chicago's 12,000-officer police force concluded officers had been too quick to use excessive force and shoot at suspects even when they posed no threat. It also pointed to a "pervasive cover-up culture."

The document blamed bad training, describing one instance where an aspiring officer slept through an academy class on the proper use of force.

Up to now, there's been virtually no information on the negotiations between the city of Chicago and the Justice Department to hammer out a detailed reform plan.

Under the Obama administration talks with far smaller cities than Chicago have taken more than six months.

Many legal observers said negotiations with Chicago were likely to last at least that long.

A two-page joint statement released with the Chicago report, called an "Agreement in Principle," signed by Emanuel and federal officials, committed the sides to extensive reforms under a future consent decree.

It had said that should include close judicial oversight and that a court-appointed monitor under a consent decree would ensure Chicago is meeting its reform commitments.