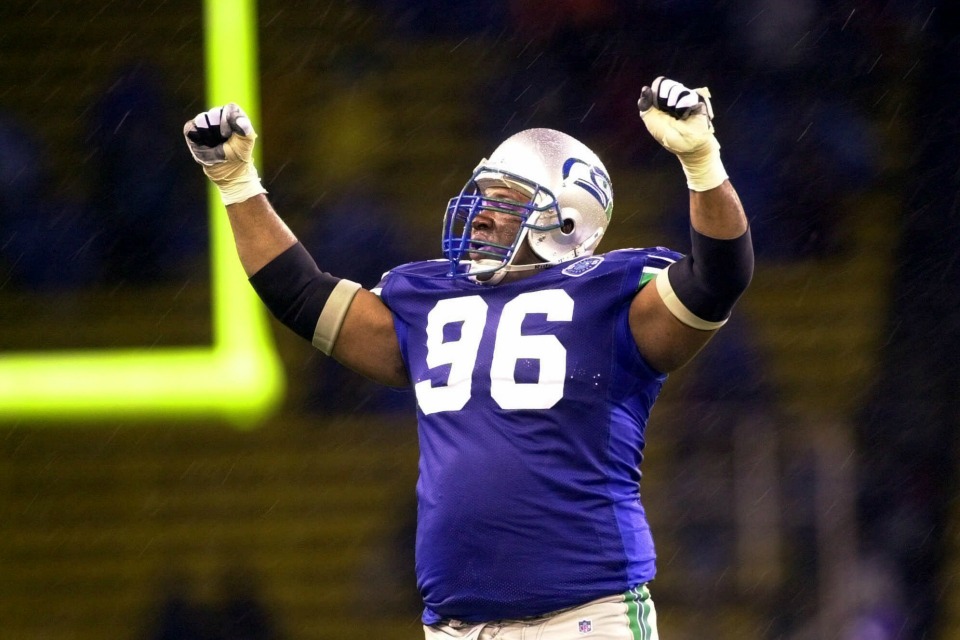 Cortez Kennedy, one of the best defensive linemen of his generation and a Pro Football Hall of Fame inductee despite rarely finding himself in the spotlight as a player, has died. He was 48.

Police in Orlando, Florida, say the former Seattle Seahawks star was found dead Tuesday morning. Orlando Police Department public information officer Wanda Miglio said the circumstances surrounding his death are still unknown but that there is nothing suspicious about his death. An investigation is being conducted.

"Cortez Kennedy has been a pillar of the Seahawks franchise since joining the team as a rookie in 1990," the Seahawks said in a statement. "Tez was the heart and soul of the Seahawks through the 1990s and endeared himself to 12s all across the Pacific Northwest as a player who played with a selfless and relentless approach to the game. ... We are proud to have been represented by such a special person."

A star who spent his entire 11-year NFL career in relative obscurity playing in Seattle, Kennedy became the second Seahawks player inducted into the Pro Football Hall of Fame in 2012. He was an unmovable wall as a dominant defensive tackle, and a quiet, gentle soul away from the field never interested in finding himself in the spotlight.

"Cortez will be remembered not only for all his great achievements on the football field but how he handled himself off the field," Pro Football Hall of Fame President David Baker said. "He epitomized the many great values this game teaches which serves as inspiration to millions of fans."

Kennedy was the No. 3 overall pick in the 1990 draft out of Miami and Seattle smartly never let him leave. He brought notoriety to an otherwise dreadful period in Seahawks history as an eight-time Pro Bowler and was the NFL Defensive Player of the Year award in 1992.

"Really sad to lose a guy like Cortez Kennedy," Broncos' general manager John Elway tweeted Tuesday. Elway was chased around by Kennedy twice a year for much of the 1990s as competitors in the AFC West. "A great personality, a great player and I enjoyed competing against him."

Even though he last played for the Seahawks in 2000, he remained a significant part of the organization. He was a mainstay around the team during training camp and would occasionally roll through the locker room during the regular season grabbing a few minutes with anyone — players, coaches, media — up for a chat.

Kennedy was scheduled to be in Seattle on Thursday as part of an event for the 2018 Special Olympics USA Games.

Kennedy experienced only minimal team success in his career with the Seahawks. His 1992 season, when Kennedy was the league's defensive player of the year, was made even more remarkable by the fact that his 14 sacks, 27 tackles for loss and 92 tackles came for a team that went 2-14 and was among the worst ever offensively in a 16-game season.

What made Kennedy so difficult to stop was his low center of gravity, unexpected quickness and remarkable strength packaged in a 6-foot-1, 300-pound frame. If he was asked to hold the line on a running play, he would regularly eat up two or three potential blockers.

But he could also rush the passer up the middle, a rarity for an interior defensive lineman. While 1992 was his best individual season, Kennedy recorded at least six sacks in six of his 11 seasons.

"(One) of the most talented players I ever recruited or coached," tweeted Jimmy Johnson, one of Kennedy's coaches at Miami. "... A sad day."