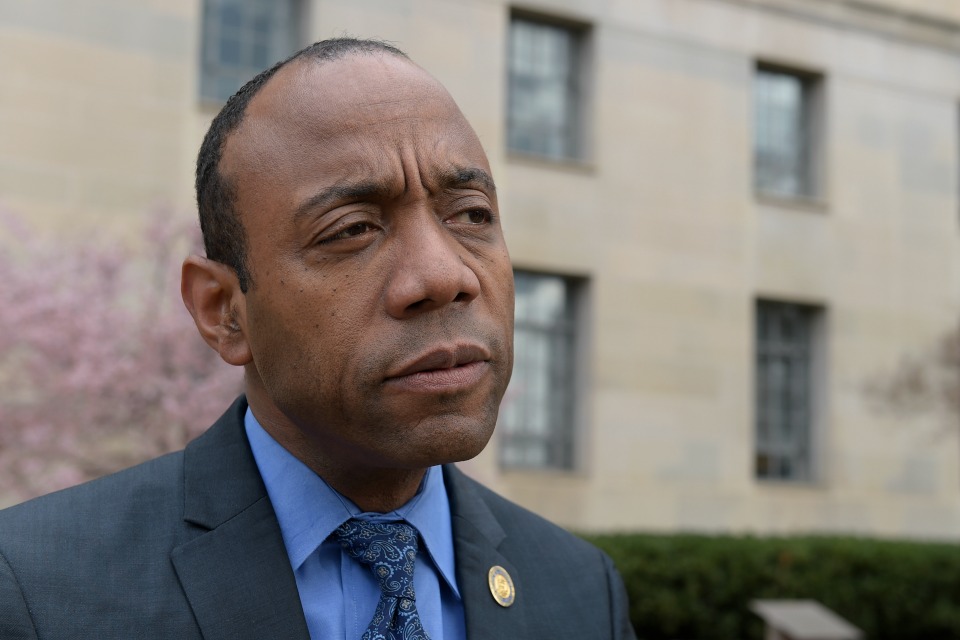 WASHINGTON (AP) — NAACP President Cornell William Brooks will not be returning as the leader of the nation's oldest civil rights organization after his contract expires this summer, officials said Friday.

Brooks has been the NAACP's leader since 2014 but will not be kept on past June 30, the end of his current term. NAACP Board Chairman Leon W. Russell and Vice Chair Derrick Johnson will lead the organization until a new president is selected.

Russell and Johnson planned to announce what they called a "transformational, system-wide refresh and strategic re-envisioning" for the NAACP in a Friday evening call.

"The objective is to best position the respected national organization to confront the realities of today's volatile political, media and social climates," the organization said in a statement.

Russell, who was made the Baltimore-based organization's board chairman in February, said the NAACP is still at the forefront of civil rights activism in the United States.

A national search for a new leader is expected to begin this summer.

In addition, the NAACP plans to embark on a "listening tour" this summer to solicit input on how the organization should reinvent itself.

"These changing times require us to be vigilant and agile, but we have never been more committed or ready for the challenges ahead," Russell said.

Brooks was the NAACP's 18th national president, replacing interim leader Lorraine Miller. Miller had served in that position since Benjamin Jealous ended his five-year tenure in 2013.

Brooks, a minister, is originally from Georgetown, South Carolina. It was not immediately known what his future plans were.

The NAACP found itself battling for attention from Black youth with groups like Black Lives Matter, which rose to prominence behind street-level protests after the killings of African-American men and women by police, including the death of 18-year-old Michael Brown at the hands of a white police officer in Ferguson, Missouri.

Catherine Flowers, founder of the Alabama Center for Rural Enterprise, an organization that advocates for poor and Black people living in rural areas, said she wasn't surprised at the coming change.

"I would like to see more of a grassroots effort" by the NAACP, she said. "Clearly, on a national level we're at a crisis and it calls for a new kind of leadership."

But Brooks also has his fans.

Johnson said Brooks met with Sterling's relatives, and during a rally outside Baton Rouge's City Hall, said he was tired of victims of police shootings being treated as "hashtag tragedies" instead of human beings mourned by their families.

"He brought some young energy to this 108-year-old organization," Johnson said. "He's very energetic. Whenever we needed him in the state of Louisiana, he came to Louisiana."