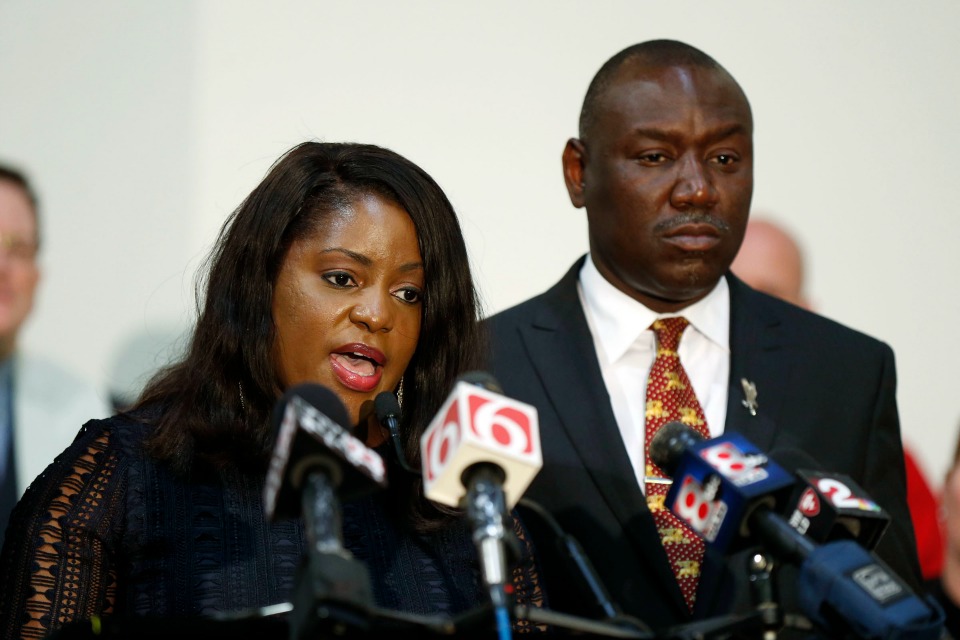 Jordan announced his decision in an emailed statement that said officer Betty Shelby will return to active duty, but she won't be patrolling Tulsa streets. Shelby was put on unpaid leave Sept. 22 when she was charged with manslaughter in the shooting of 40-year-old Terence Crutcher.

Shelby's attorney, Shannon McMurray, told The Associated Press on Thursday that her client is unsure she would even want to go back to the Tulsa Police Department. McMurray said it would be dangerous for Shelby to patrol the streets again.

"She's going to self-guess herself and get herself killed or somebody else," McMurray said.

Crutcher's family has called for city leadership to block Shelby from returning to her job.

Jurors also said in a post-trial court filing on Friday that Shelby could have used a less-lethal method to subdue Crutcher and could have saved his life. The foreman of the jury also says in a three-page memo that jurors weren't comfortable with the idea that Shelby was "blameless" in Crutcher's death.

The foreman and others don't identify themselves in the memo. The jury comprised eight women and four men and included three African-Americans.

Shelby's attorney acknowledged the officer could have fired a stun gun instead of a firearm but said the officer had to make a "split-second" decision because Shelby thought Crutcher was armed. No gun was found.

Shelby said she fired her weapon out of fear because Crutcher ignored her commands to lie down and appeared to reach inside his SUV for what she thought was a gun. But prosecutors said she overreacted, arguing that Crutcher had his hands in the air and wasn't combative, part of which was confirmed by police video that showed Crutcher walking away from Shelby with his hands above his head.