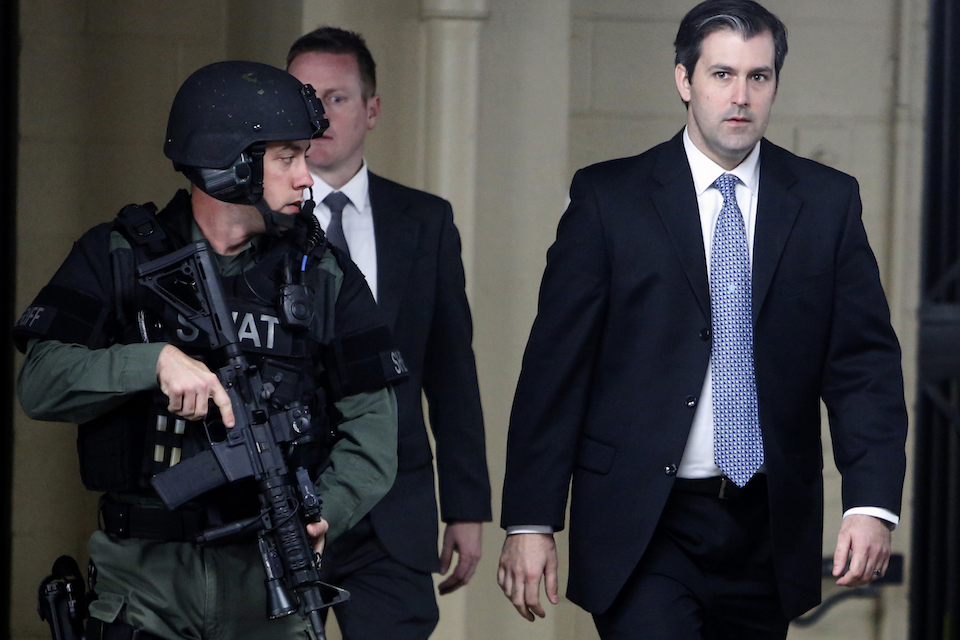 CHARLESTON, S.C. (AP) — Jurors will see a key piece of video evidence in the upcoming trial of a white ex-South Carolina police officer in the shooting death of a black motorist, despite the defense's request that it be tossed out.

During a hearing lasting more than an hour Friday, U.S. District Judge David Norton denied a motion by attorneys for Michael Slager to exclude the shooting video from his trial. He dismissed objections that the video only shows part of the altercation between the two men and doesn't include the officer's perspective.

The video has been the centerpiece of the case against Slager, 35, who was an officer with the North Charleston Police Department in April 2015 when he shot Walter Scott.

The 50-year-old unarmed motorist was running from Slager following a traffic stop when the two men struggled over Slager's Taser before the officer shot at Scott eight times, hitting him with five bullets in the back.

A bystander captured the shooting on cellphone video, which was shown around the world. Attorneys defending Slager on federal civil rights charges argued Friday the video is prejudicial because it doesn't show the Taser struggle

"The relevant perspective is the officer's perspective," defense attorney Donald McCune told the judge. "The video is incomplete."

Assistant U.S. Attorney Jared Fishman argued the video is relevant not only because it shows the crucial moment in which Slager used deadly force but also because it doesn't show Scott threatening Slager with the Taser as he was killed.

"The video unambiguously shows the defendant shooting a man as he ran away," he said. "It allows the jury to see clearly Scott did not have a Taser in his hand at the moment he was shot."

Slager's civil rights trial is scheduled for May. In August, he faces a retrial on murder charges in state court, where his first trial ended in a hung jury.

Also Friday, Norton ruled Slager's attorneys should refrain in their opening statements from suggesting to jurors the trial is an opportunity to debate the treatment of police.

In his first state trial, Slager's defense attorneys told jurors they had an opportunity to send a message to the world on the handling of police shootings, but the judge agreed with prosecutors that opening statements aren't a place to make such claims.

He suggested instead that defense attorneys might bring up the issue in their closing arguments.

Norton scheduled another hearing April 24 to deal with other motions, including several filed earlier this week by Slager's attorneys seeking to limit what prosecutors can tell jurors, including information on Slager's mental state and references to "prejudicial terms," like calling Scott the "victim" or Slager the "defendant."