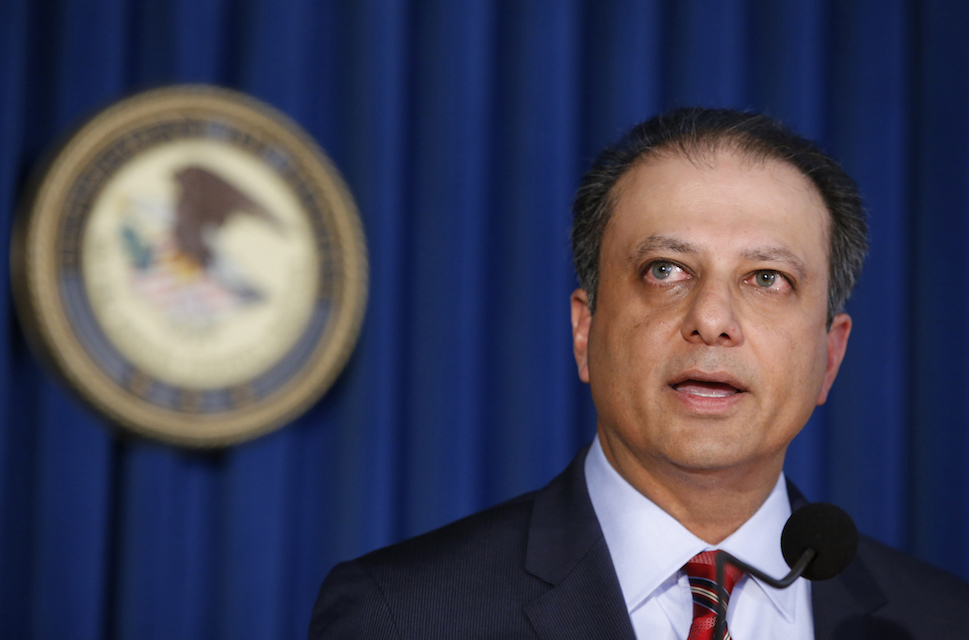 NEW YORK (AP) — A defiant Manhattan federal prosecutor who says "absolute independence" was his touchstone for over seven years as he battled public corruption announced he was fired Saturday after he refused to resign.

Several hours later, it was learned President Donald Trump had reached out through a secretary on his staff to Bharara on Thursday but the two men never spoke.

The attempted contact — described by a person told about the conversations who requested anonymity — continued the unusual dynamic between Trump and the high profile prosecutor that stretched to Nov. 30, when Bharara emerged from a Trump Tower meeting with Trump to say the then-president-elect had asked him to stay on the job.

The person who requested anonymity because of the talks' private nature said the secretary late Thursday left a voicemail asking Bharara to call back.

Bharara reported the call to Sessions' chief of staff, Joseph "Jody" Hunt, who agreed it was best that Bharara not speak directly with Trump, the person said.

Bharara then called the White House, telling the secretary he had spoken to the Justice Department and it was agreed he and Trump should not speak.

Bharara was informed he was fired by Dana Boente, the acting deputy attorney general, shortly after it became widely known that he did not intend to step down in response to Attorney General Jeff Sessions' request that leftover appointees of former President Barack Obama quit.

"I did not resign. Moments ago I was fired," Bharara said in a tweet. 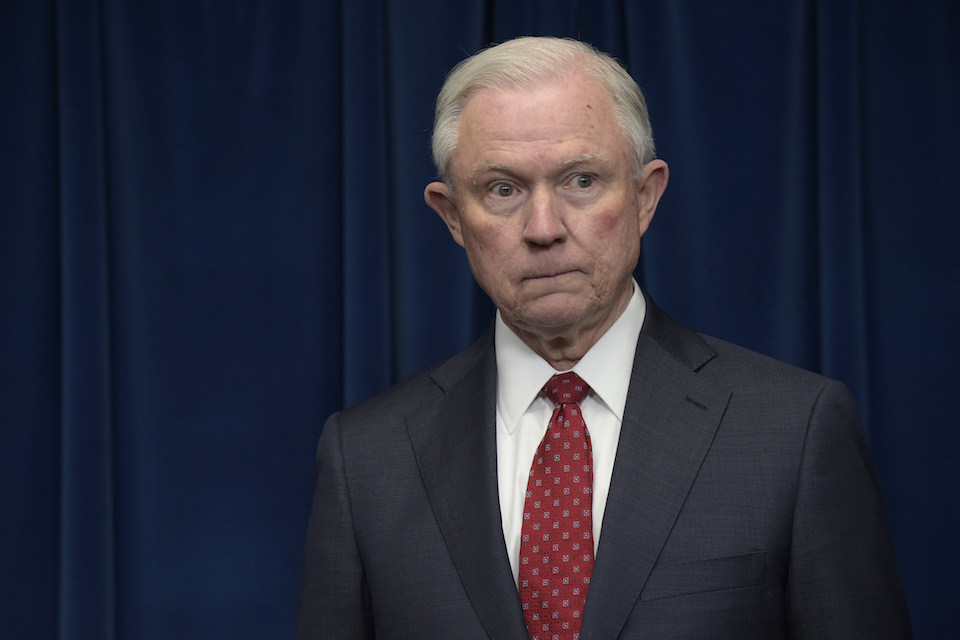 PHOTO: Attorney General Jeff Sessions waits to make a statement at the U.S. Customs and Border Protection office in Washington, March 6, 2017. Sessions is seeking the resignations of 46 United States attorneys who were appointed during the prior presidential administration, the Justice Department said Friday, March 10, 2017. (AP Photo/Susan Walsh, File)

In a statement later, he said:

"Serving my country as U.S. Attorney here for the past seven years will forever be the greatest honor of my professional life, no matter what else I do or how long I live.

One hallmark of justice is absolute independence, and that was my touchstone every day that I served."

The Justice Department late Saturday confirmed Bharara was no longer U.S. attorney but declined to expound.

Meanwhile, Michigan Rep. John Conyers, the House Judiciary Committee's top Democrat, requested Saturday that the committee receive a summary of probes linked to Trump, whether they touch on his administration, transition, campaign and organization, "so that we can understand the full implications of this weekend's firings."

He said he suspected Bharara "could be reviewing a range of potential improper activity emanating from Trump Tower and the Trump campaign, as well as entities with financial ties to the president or the Trump organization."

Bharara was appointed by former President Barack Obama in 2009.

Sessions' decision to include Bharara's name on the list of 46 resignations of holdovers from the Obama administration surprised Manhattan prosecutors.

While it is customary for a new president to replace virtually all of the 93 U.S. attorneys, it often occurs at a slower pace. Sessions lost his position as U.S. attorney for the Southern District of Alabama in a similar sweep by then-Attorney General Janet Reno in 1993.

Robert Morgenthau, a Democratic U.S. attorney in Manhattan, famously held out for nearly a year after Republican President Richard Nixon's 1969 inauguration, saying he needed to see some important cases through.

He ultimately left in January 1970, after the White House declared he was being replaced and announced a nominee.

New York Sen. Charles Schumer, a Democrat, said in a statement Friday that he was "troubled to learn" of the resignation demands, particularly of Bharara, since Trump called him in November and assured him he wanted Bharara to remain in place.

Bharara, once lauded on the cover of Time magazine as the man who is "busting Wall Street" after successfully prosecuting dozens of insider traders, has in recent years gone after over a dozen state officeholders, — including New York's two most powerful lawmakers.

It also recently was revealed that his office is investigating the financial terms of settlements of sexual-harassment claims against Fox News by its employees.

The request from Sessions came as Bharara's office is prosecuting former associates of Democratic Gov. Andrew M. Cuomo in a bribery case.

The mayor's press secretary has said the mayor is cooperating and that he and his staff had acted appropriately.

FBI Director James Comey privately asked the Justice Department to dispute the claim because he believed the allegations were false.

Bharara worked for Comey when he was U.S. attorney in Manhattan under President George W. Bush.

Annemarie McAvoy, a former Brooklyn federal prosecutor, said it was not surprising Trump might want Bharara gone since there's a good chance any subpoena seeking information about Trump campaign links to Russians would go through his office.

She said it was also possible Trump wanted "to take out as many people as they can in the prior administration given the leaks and problems that they're having."

Last week, the quick-witted Bharara initiated a new personal Twitter feed and sent an ominous message in which he linked an AP video of a Senate hearing focusing on whether federal prosecutors were fired for political reasons.

"This Senate hearing on political interference @DOJ was 10 yrs ago today," Bharara wrote.

"Is that me in the background? Boy I've aged."

Associated Press writers Sadie Gurman and Julie Pace in Washington and Jennifer Peltz in New York contributed to this report.