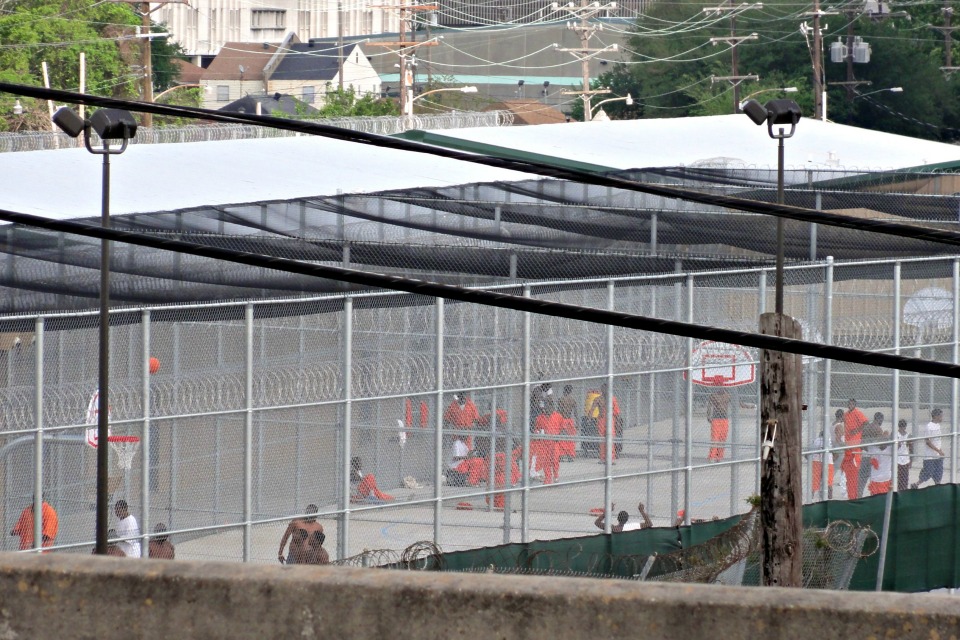 The Lawyers’ Committee for Civil Rights Under Law
Published: 06 February 2017

The suit, filed in the 19th Judicial District Court in East Baton Rouge Parish, names as defendants Gov. John Bel Edwards and the current members of the Louisiana Public Defender Board, which is responsible for the oversight of statewide legal services to the poor in criminal cases. It also names the state’s chief public defender, who is charged with administering public defense across the state.

The plaintiffs in the suit are represented by the Lawyers’ Committee for Civil Rights Under Law; the Southern Poverty Law Center (SPLC); Davis, Polk & Wardwell LLP and Jones Walker LLP.

Eighty-five percent of people accused of a crime in Louisiana are indigent. The state’s failure to treat them equally under the law has sweeping ramifications. Louisiana has the nation’s highest incarceration rate and the second-highest wrongful conviction rate. A disproportionate number of those incarcerated are people of color, particularly Black Louisianans, who comprise nearly 70 percent of the state prison population.

The U.S. and Louisiana constitutions guarantee the right to meaningful and effective assistance of counsel to anyone charged with a crime punishable by imprisonment. Lawyers are required to communicate with their client about strategy, to conduct an investigation, pursue discovery, research legal issues, file appropriate pretrial motions and advocate for the client in court. The attorney also must possess the skill, training and time to adequately complete these requirements. In Louisiana, system-wide defects prevent public defenders from satisfying these basic obligations to their clients.

The number of public defenders and other professionals needed for a functioning public defense system in Louisiana falls far below national standards. Most criminal defendants in the state receive attorneys in name only.

Poor people often sit in jail for months before a public defender is appointed or takes up the case, according to the complaint. While their cases stagnate, jobs are lost, children are left without parents and evidence becomes stale. Without timely appointment of counsel, the poor are denied any meaningful investigation of the prosecution’s case, advocacy during arraignments and bond hearings that could result in a reduction or dismissal of charges or release on bond, access to witnesses and evidence, and assistance with plea negotiations.

Even when attorneys are finally provided, public defenders in Louisiana – who regularly carry two to five times the number of cases recommended under the already inflated Louisiana Public Defender Board’s standards  – are often so overwhelmed that they can do little more than recommend a plea agreement.

Louisiana is the only state in the country that relies primarily on court fees and fines to fund public defender legal services. Perversely, this includes a fee assessed against convicted indigent defendants. Public defender offices receive more funding for losing cases than for winning them. Despite critical comment from the courts and authoritative studies, the system has not provided adequate representation for decades.

The suit seeks certification of a class of all indigent adults in the state facing non-capital criminal charges punishable by imprisonment. It also seeks a declaration that the plaintiffs and class have been denied due process,equal protection of the law and the right to counsel under the U.S. and Louisiana constitutions.

The suit requests an injunction prohibiting defendants from maintaining a public defender system that fails to provide constitutionally adequate representation. It also asks for a monitor to be appointed to supervise the public defense system until statewide reforms are implemented that fix the constitutional failures. The suit does not seek the release of prisoners awaiting trial or to overturn any criminal convictions, nor is it asking for monetary damages for the plaintiffs.

“The state of Louisiana is the incarceration capital of the world, jailing more people per capita than any other state in the United States and more than most countries across the globe,” said Kristen Clarke, president and executive director of the Lawyers’ Committee for Civil Rights Under Law. “Due to racial disparities that infect every stage of the criminal justice system, the vast majority of those impacted are black and minority communities. While incarcerating people at every turn, many for low-level, non-violent offenses, the state fails to meet its constitutional obligation to provide counsel to the poor. This suit seeks to bring long overdue relief to communities that have literally been left defenseless for far too long.”

“In just the last year, we have seen Louisiana’s refusal to address the catastrophic failings of its indigent defense system result in the near-closing of defender offices, the laying off of staff and the indefinite detention of poor people awaiting the assignment of an attorney,” said Lisa Graybill, deputy legal director at the Southern Poverty Center.

“All Louisianans, regardless of income, have the right to the assistance of an attorney if they face the loss of liberty. State officials and politicians have looked the other way as the system has fallen further into crisis. They’ve had the chance to fix it and they have failed, time and again. The operation of a two-tiered system of justice degrades our state, violates our state and federal constitutions and simply cannot continue.  We have asked the court to intervene because the poor in this state can wait no longer for justice.”

“Among the most pervasive civil rights violations in America is the nationwide failure of the states to provide effective counsel for thousands of poor defendants in their criminal cases,” said Daniel F. Kolb, senior counsel at Davis Polk. “We are focused here on Louisiana because it has been notorious for years for its utter failure to provide counsel for those in need and its resulting extraordinary incarceration and wrongful conviction rates. But while our purpose is to bring the unconstitutional practice of denying counsel to an end in Louisiana, it is also to seek a holding from the highest courts that will serve as a critical precedent requiring respect throughout the country for what is an unquestioned constitutional right.”

“Our ability to succeed as a state is directly tied to changing the misperception that we don’t care about the poor or the rule of law in Louisiana,” said Mark A. Cunningham, a senior partner with Jones Walker LLP and the immediate past president of the Louisiana State Bar Association. “The first step to making that happen is to begin investing in our public defense system and the courts instead of continuing to turn a blind eye to injustice.”

Plaintiff Michael Carter, 27, has been in jail since August 2015 for firearm and other charges and faces up to 20 years in jail. In the year and a half he has been jailed, he has never received a visit from his attorney and has been kept in a jail 3 hours from Baton Rouge where his family lives. “My mother lost her home in the floods in Baton Rouge in August. It has been stressful to be behind bars with no way to contact my attorney or move my case along. My case keeps getting delayed. I shouldn't be kept in the dark just because I don’t have the money to pay for an attorney.”

In December, the Louisiana Supreme Court’s chief justice declared an “emergency shortfall” in public defense funding. The state’s reliance on fines and fees is predictably insufficient to fund the system and has been under fire for more than 50 years.

The state Legislature supplements local funding sources with state funds, but this discretionary allocation always falls far short of what is needed. In 2016, a funding crisis forced as many as 33 out of 42 public defender offices to stop accepting cases or to place clients, many of whom were in jail, on waiting lists.

This crisis stands in stark contrast to most district attorney offices in Louisiana, which routinely receive three times more financial support than their defender counterparts. In Lafourche Parish, the public defender reported almost $826,000 in funding for 2014. The district attorney received $3.5 million and reported a budget surplus of $500,000 at the end of the year, according to the lawsuit. The public defender’s office, by comparison, was several thousand dollars in debt at year’s end.

The Louisiana Public Defender Act statutorily requires the state public defender board to maintain a system for the cost-effective delivery of legal services at state expense to people entitled to appointed counsel. The board must enforce mandatory statewide public defender standards that require services to be provided in a uniformly fair and consistent manner statewide.

The Louisiana Public Defender Act also requires the board to implement and enforce standards to ensure continuity of representation, substantive and meaningful communications with client, supervision of the chief defenders in each of Louisiana’s 42 judicial districts and effective client representation.

The suit says the court “can remedy the denial of the fundamental right to counsel by ordering defendants to comply with their statutory mandate and by appointing a monitor to ensure enforcement of the professional and ethical standards applicable to public defenders.”