Rubio Will Support Tillerson for Secretary of State 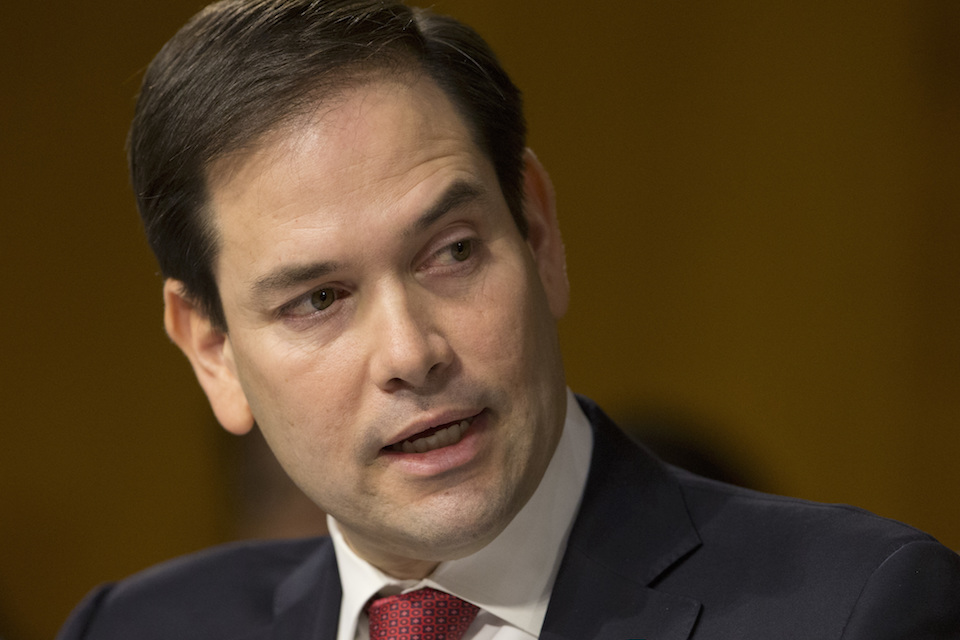 WASHINGTON (AP) — Sen. Marco Rubio said Monday that he will support President Donald Trump's nominee to be secretary of state despite reservations about the former Exxon Mobil CEO as the Republican lawmaker backed away from any challenge to the new president.

In a statement posted on Facebook, the Florida senator and former GOP presidential rival to Trump said he was troubled by Rex Tillerson's refusal to acknowledge that Russian President Vladimir Putin has committed war crimes in Syria.

"Despite his extensive experience in Russia and his personal relationship with many of its leaders, he claimed he did not have sufficient information to determine whether Putin and his cronies were responsible for ordering the murder of countless dissidents, journalists and political opponents,"

"He indicated he would support sanctions on Putin for meddling in our elections only if they met the impossible condition that they not affect U.S. businesses operating in Russia."

But the lawmaker said a president is entitled to significant deference in assembling his Cabinet."Despite my reservations, I will support Mr. Tillerson's nomination in committee and in the full Senate," Rubio said.

The statement came just hours before the Foreign Relations Committee was slated to meet and vote on Tillerson's nomination. Rubio's support virtually assures that the nominee will sail through the committee and win full Senate confirmation.

The nomination got a boost on Sunday after two influential Republican senators — John McCain of Arizona and Lindsey Graham of South Carolina — offered tepid endorsements of the former Exxon Mobil chief.

Rubio, whom Trump defeated for the GOP presidential nomination last year, clashed with Tillerson at a committee hearing earlier this month. Rubio bridled at his refusal to label Putin a "war criminal" or condemn human rights violations in Saudi Arabia and the Philippines in strong enough terms. He chided Tillerson over the need for "moral clarity."

Sen. Ben Cardin of Maryland, the committee's top Democrat, said in a statement Monday he won't vote for Tillerson. Cardin said he based his opposition on Tillerson's unwillingness to call Russia and Syria's atrocities war crimes, or to describe Philippine President Rodrigo Duterte's extrajudicial killings as gross human rights violations.

Cardin also said Tillerson misled the committee about Exxon's lobbying against the sanctions imposed on Russia for its annexation of Crimea and support for separatists in eastern Ukraine.

Tillerson himself refused to respond to questions about Rubio's opposition as he traversed the Capitol on Friday after attending Trump's inauguration. His long record of doing oil deals in Russia and his questioning of the U.S. sanctions have provoked concerns from Democrats and some Republicans over his selection.