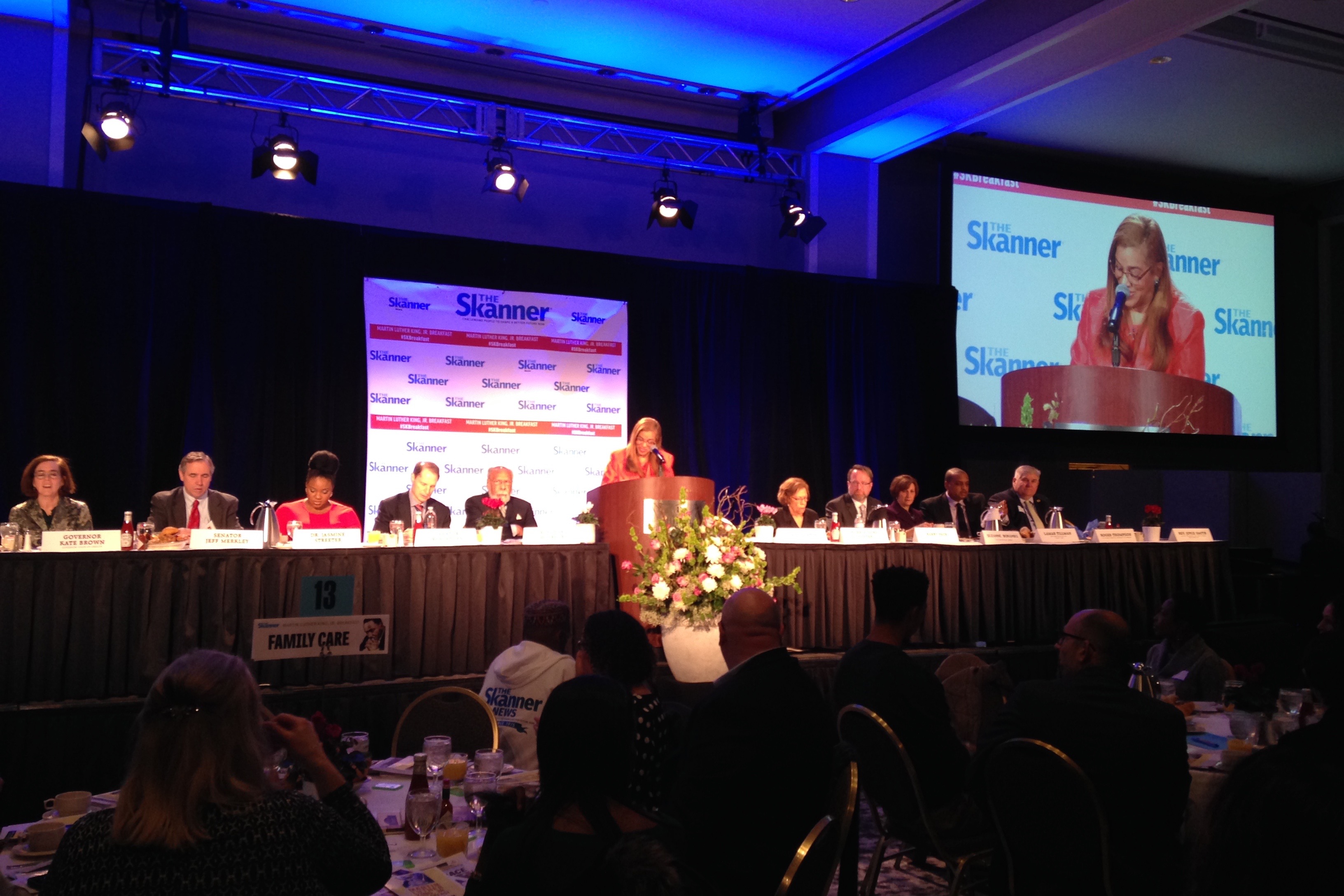 The emcee of this morning's MLK Breakfast, Daisy Santos, a corporate trainer with Northwest Natural, welcomes the audience on behalf of The Skanner Foundation.

Ms. Santos invites the audience to sing, “Lift Ev’ry Voice”, before leading them in prayer.

Wheeler asks us to be strong during the transition into a Trump presidency."Don't straddle the line. Stay with MLK on the line of justice!"

Gov. Kate Brown states that all Oregonians are entitled to equal pay and healthcare, regardless of color, gender or sexual orientation.

U.S. Senator Jeff Merkley leads audience in chant, "What do you want? Justice! When do we want it? Now!"

The Skanner Publisher Bernie Foster encourages guests to sign petition to change the name of Delta Park in North Portland to Vanport Park, in honor of the lost population of Vanport, Oregon.

Keynote Speaker, civil rights attorney Howard Moore Jr., takes the stage for this address. He warns that the progress the United States has achieved in the last 50 years - the civil rights of all people - is in peril, but it won't stop us from fighting.

Alonzo Chadwick takes the stage one more time, singing "Walk with me, Lord!"

The Skanner Publisher Bernie Foster thanks everyone for coming, and addresses young people, "Go out and become something, contribute to society, make us proud."