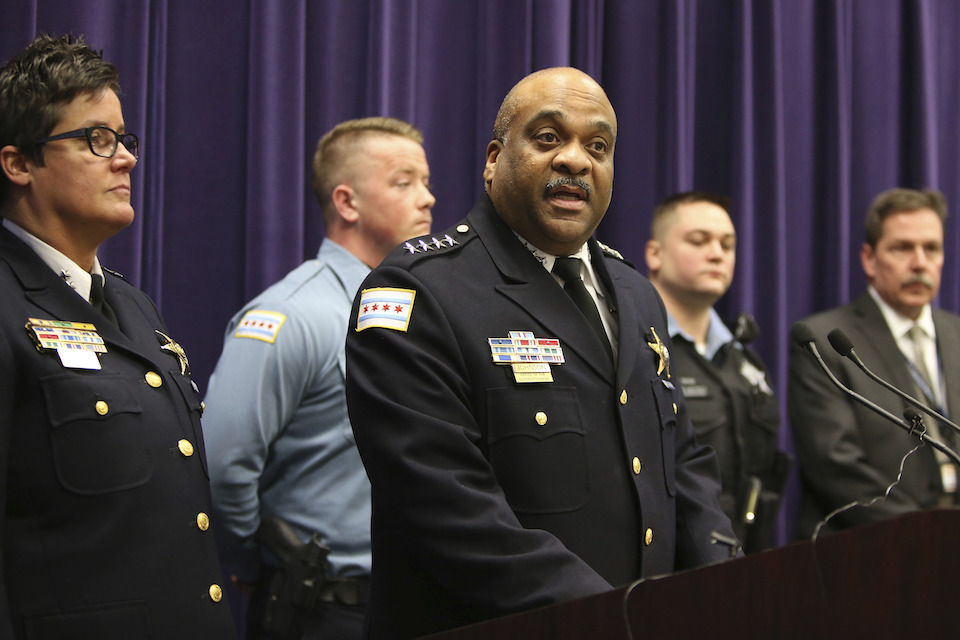 ALBUQUERQUE, N.M. (AP) — The horrific beating of a mentally disabled white man in Chicago by four black assailants broadcast on social media is highlighting anti-white hate crimes at a time of increased racial strife in the United States.

According to the 2015 FBI hate crime statistics, the latest available, there were 613 anti-white-related crimes out of 5,850 total cases. That's around 10.5 percent of all reported hate crimes, and within the yearly average, federal numbers show.

By comparison, the FBI reports there were 1,745 anti-black hate crimes or about 30 percent of all reported incidents. Jews were the most targeted religious group that year and were victims of 11 percent of all hate crimes. It's not clear how many anti-Jewish hate crime victims also may have been attacked because of their race.

That data also suggested that blacks and Jews remain disproportionally targets of hate crimes compared to their population as opposed to whites. African-Americans are only 13 percent of the U.S. population, while non-Hispanic whites are 61 percent.

The FBI defines a hate crime as a "criminal offense against a person or property motivated in whole or in part by an offender's bias against a race, religion, disability, sexual orientation, ethnicity, gender, or gender identity." Filing reports for the federal count is voluntary, but guidelines call for reports to be submitted even if they list zero hate crimes.

Even then, experts say the FBI data on hate crimes isn't a full picture since anti-black cases are skewed lower by the lack of reporting participation by some southern law enforcement agencies.

Some large Florida cities, like Miami, reported no hate crimes to the FBI in 2015, said Brian Levin, the director of the Center for the Study of Hate and Extremism, California State University. "I doubt that cities as diverse as those had no hate crimes," he said.

In Chicago, two men and two women — all black — are facing hate crime charges in connection with the brutal beating of a mentally disabled white man that was streamed on Facebook Live. The video shows the victim is tied up and the suspects are making racial slurs and references to his mental capacity, Chicago Police Commander Kevin Duffin said.

The suspects are accused of forcing the victim to drink toilet water and kiss the floor, stuffing a sock into his mouth, taping his mouth shut and binding his hands with a belt.

The 18-year-old victim, who is from a Chicago suburb, suffers from schizophrenia and attention-deficit disorder, authorities said.

The victim also was taunted with profanities against white people and President-elect Donald Trump.

The case heightened political tensions on social media and opened yet-to-be healed wounds from a nasty presidential election campaign. Some conservatives suggested the attack highlighted growing anti-white violence and was linked to the Black Lives Matter movement, although police said there was no indication of any connection.

The FBI does classify attacks based on disability as a hate crime. Federal numbers show 88 incidents related to attacks on disability in 2015.

In addition to underreporting, Levin said strong federal data of the race and ethnicity of assailants is incomplete because of the lack of consistent reporting.

The 2015 FBI data showed that of the 734 total reported offenses committed against whites — a single incident could have multiple offenses like assault or theft — 46 percent of those were committed by blacks.

In contrast, of the 2,125 reported offenses committed against blacks, 58 percent of those who committed by whites.

Still, despite the data, Levin said the Chicago beating is resonating because it was shown via social media and racial relations are tense following the November election. Live streams and 140 Twitter characters inflame the fires.

Levin described the situation as "a logjam of motivations" for conflict, saying it's like nothing he's ever seen.

"We are seeing the coarseness that exists in society generally, those embers, have crossed the fire lines to all parts of the racial, ethnic and ideological spectrum," Levin said.

Associated Press writer Christina A. Cassidy in Atlanta contributed to this report.