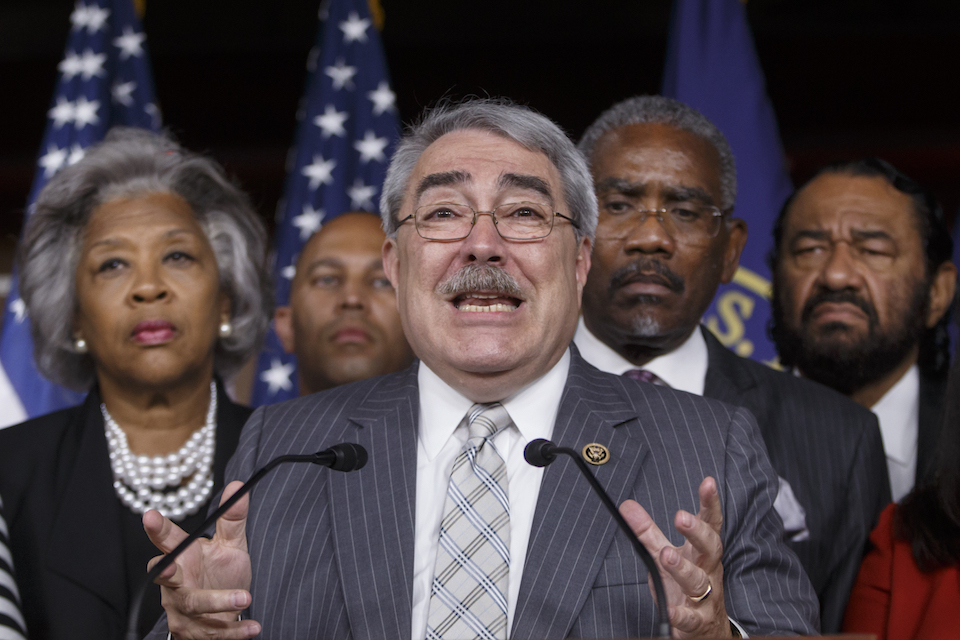 WASHINGTON (AP) — For almost eight years, the members of the Congressional Black Caucus existed in the shadow of the first black president. They praised President Barack Obama's achievements while at the same time pushing him to do more for their constituents who overwhelmingly supported his history-making campaign and administration.

But with Obama set to leave the White House on Jan. 20, black lawmakers in the House and Senate are recalculating and reassessing their place in Washington. And realizing they're regaining the limelight as the most visible and powerful African-American politicians in the nation's capital.

President-elect Donald Trump will face a larger and more aggressive caucus, which will advocate for positions with "a bit more force," said Rep. Danny Davis, D-Ill., a longtime member. "Without President Obama being in office, there will be more forceful articulation vis a vis administration policy."

To the outgoing caucus chairman, Rep. G.K. Butterfield, D-N.C., "The consequences are too enormous for us to be indecisive."

There are more black lawmakers in Congress than ever: 49 African-American men and women were sworn in Tuesday, including Sen. Kamala Harris, D-Calif., just the second black female senator.

The caucus never had a perfect relationship with Obama, and several powerful members initially backed Hillary Clinton during Obama's first run for president in 2008.

Black lawmakers did help turn out the largest number of African-American voters in modern history for Obama's two presidential campaigns; African-Americans voted at a higher rate than non-Hispanic whites in 2012, 66.2 percent versus 64.1 percent.

But those lawmakers felt disappointed when Obama did not focus as much as they would have liked on issues their minority constituents valued: criminal justice and policing, minority representation on the Supreme Court and other high offices, bringing jobs and industry to rural and inner city areas.

"We didn't make President Obama step to us all the time. We have to make leaders do their work, they're not going to do it because they are essentially well intentioned. They have to be pushed," said Julianne Malveaux, economist and author of "Are We Better Off? Race, Obama and Public Policy."

Caucus members said they walked a delicate line, wanting to get behind the first black president but also promoting their own priorities, which didn't always seem to be on White House's front burner.

"There are times in which you'd like to go further than where the administration appears to be going, but at the same time you also want to appear and be as supportive as you can possibly be," Davis said.

Republicans now control Congress and the White House, and black lawmakers, most of whom are Democrats, are left to figure out how to oppose and work with the new administration and the majority party on Capitol Hill.

"We find ourselves facing a very difficult political and legislative environment unlike any we have ever seen before," said Butterfield, as the caucus met at the Warner Theatre for a ceremonial swearing-in event this past Tuesday.

Obama's departure will refocus attention on the caucus, said Fredrick Harris, a Columbia University political science professor and director of its Center on African-American Politics and Society.

With Trump as president, "The CBC will be even more vocal than they were during the Obama era when their voices were muted by the Obama White House and their surrogates who pushed back on criticism that the president was not paying enough attention to racial issues," Harris said.

Todd Shaw, a political science professor at the University of South Carolina, thinks Obama may leave the caucus in a better position that it was before he became president. Many people thought Obama's election heralded an end to racial politics and the need for groups such as the caucus, Shaw said.

"In some ways, there may be recognition now, even after Obama, that we are not saved," Shaw said.