In Stunning U-Turn Republicans Will Not Gut Congressional Ethics Office 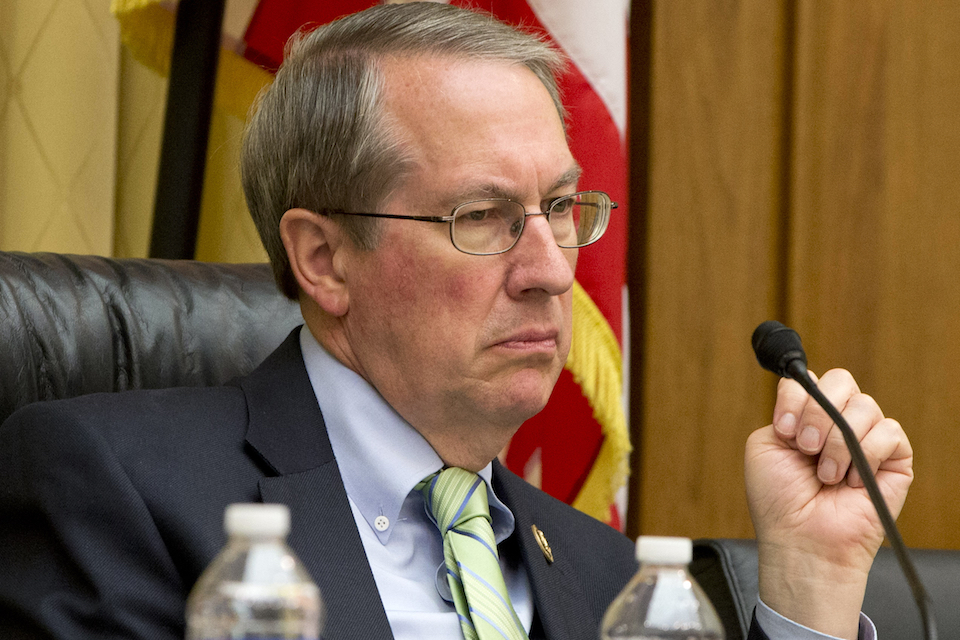 The dizzying about-face came as lawmakers convened for the first day of the 115th Congress, an occasion normally reserved for pomp and ceremony under the Capitol Dome.

Instead, House Republicans found themselves under attack not only from Democrats but from their new president, over their secretive move Monday to neuter the independent Office of Congressional Ethics and place it under lawmakers' control.

GOP leaders scrambled to contain the damage, and within hours of Trump registering his criticism on Twitter, they called an emergency meeting of House Republicans where lawmakers voted without opposition to undo the change.

The episode, coming even before the new Congress had convened and lawmakers were sworn in, was a powerful illustration of the sway Trump may hold over his party in a Washington that will be fully under Republican control for the first time in a decade.

Lawmakers who've felt unfairly targeted by the ethics office had defied their own House GOP leaders with their initial vote to gut the body, but once Trump weighed in they backpedaled immediately.

"With all that Congress has to work on, do they really have to make the weakening of the Independent Ethics Watchdog, as unfair as it may be, their number one act and priority," Trump had asked over Twitter Tuesday morning, in an objection that appeared focused more on timing than on substance.

Trump, who will take office later this month, said the focus should be on tax reform and health care, and included the hash-tag #DTS, for "Drain the Swamp," his oft-repeated campaign promise to bring change to Washington.

Democrats and even many Republicans were quick to point out that the lawmakers' plans for their ethics watchdog flew in the face of that notion.

The measure was part of a rules package that faced a vote in the full House later Tuesday and looked like it could fail after Trump registered his objections.

"We were elected on a promise to drain the swamp and starting the session by relaxing ethics rules is a very bad start," said GOP Rep. Tom McClintock of California.

The Office of Congressional Ethics was created in 2008 after several bribery and corruption cases in the House, but lawmakers of both parties have groused about the way it operates.

Lawmakers were especially incensed by an investigation of members of Congress from both parties who went on a 2013 trip to Azerbaijan paid for by that country's government. Lawmakers said after the investigation was made public in 2015 that they had no idea the trip was paid for by Azerbaijan's government, and the House Ethics Committee ultimately cleared the lawmakers.

Once the ethics controversy was dispensed with on Tuesday, lawmakers in both chambers of Congress returned to the ceremonial business.

As set out in the Constitution, both chambers gaveled in at noon, and as storm clouds threatened outside, the halls of the Capitol filled with lawmakers' children, friends and spouses on hand to witness the procedures.

The day had a festive feel of the first day back at school, as new arrivals roamed the halls with old hands, exchanging greetings and taking in the day.

In the Senate, seven new members joined those who won re-election in taking the oath of office administered by Vice President Joe Biden.

The Senate will be controlled 52-48 by the GOP and includes two new Republicans and five new Democrats. They include Illinois' Tammy Duckworth, a double-amputee Iraq war vet, who walked to the dais and stood for the oath.

Biden remains president of the Senate until Trump becomes president Jan. 20; then Vice President-elect Mike Pence will take over.

In the House, lawmakers filled the House chamber to elect their speaker, with Paul Ryan piling up the votes needed to retain the post, as expected. The House will number 241 Republicans and 194 Democrats; among the members are 52 freshmen.

Swearings-in of House members were to follow the speaker election.

The first week of the new Congress will be a preview of the hectic pace planned by Republicans for the start of Trump's term. The GOP is eager to turn to the business of dismantling Obama's health care law, and that effort is to begin with a procedural vote later in the week in the Senate.

Obama plans a rare trip to Capitol Hill on Wednesday to meet with congressional Democrats and discuss strategy for saving the health care law. Pence will meet with Republicans.

Votes also are expected on resolutions to denounce the United Nations for condemning the construction of Israeli settlements.