Jurors Convict Dylann Roof on all Counts in Church Slayings 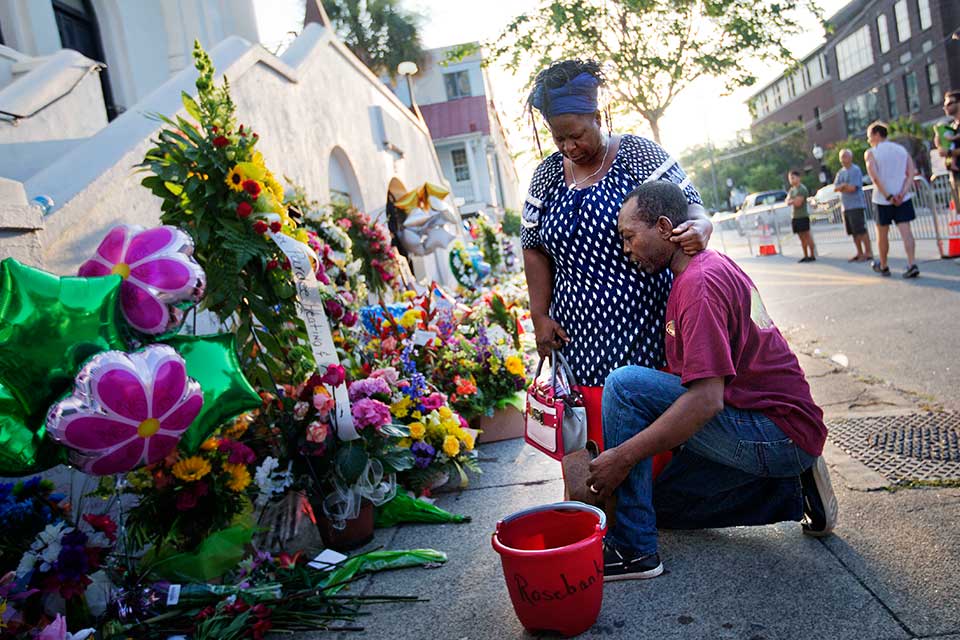 CHARLESTON, S.C. (AP) — Dylann Roof was convicted Thursday in the chilling attack on nine black church members who were shot to death last year during a Bible study, affirming the prosecution's portrayal of a young white man who hoped the slayings would start a race war or bring back segregation.

Instead, the single biggest change to emerge from the June 17, 2015, slayings that shocked the nation was the removal of the Confederate flag from the South Carolina Statehouse, where it had flown for 50 years over the Capitol or on the grounds. Roof appeared with the flag in several photos in a racist manifesto. 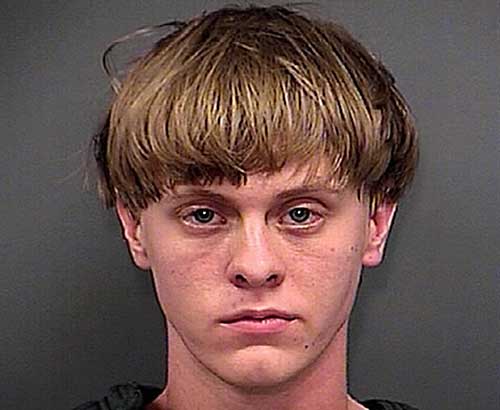 This June 18, 2015, file photo, provided by the Charleston County Sheriff's Office shows Dylann Roof. Roof's two-hour videotaped confession less than a day after the June 2015 shooting and a handwritten journal found in his car when he was arrested were introduced into evidence Friday, Dec. 9, 2016. (Charleston County Sheriff's Office via AP, File)In his confession to the FBI, the gunman said he carried out the killings after researching "black on white crime" on the internet. He said he chose a church because that setting posed little danger to him.

As the verdict was read, Roof just stared ahead, much as he did the entire trial. Family members of victims held hands and squeezed one another's arms. One woman nodded her head every time the clerk said "guilty." In all, Roof was convicted of 33 counts.

Jurors will reconvene early next month to hear more testimony and decide whether Roof gets the death penalty or life in prison.

In closing arguments, Assistant U.S. Attorney Nathan Williams mocked Roof for calling himself brave in his hate-filled journal and during his confession, saying the real bravery came from the victims who tried to stop him as he fired 77 bullets at Emanuel African Methodist Episcopal church.

"Those people couldn't see the hatred in his heart any more than they could see the .45-caliber handgun and the eight magazines concealed around his waist," Williams said.

Defense lawyer David Bruck conceded Roof committed the slayings, but he asked jurors to look into his head and see what caused him to become so full of hatred, calling him a suicidal loner who never grasped the gravity of what he did.

The defense put up no witnesses during the seven-day trial. They tried to present evidence about his mental state, but the judge ruled that it did not have anything to do with Roof's guilt or innocence.

Roof was just imitating what he saw on the internet and believed he had to give his life to "a fight to the death between white people and black people that only he" could see and act on, Bruck said.

Williams' 50-minute closing argument filled the court with tension. At times, the prosecutor raised his voice, saying Roof was a cold, calculated killer. Some family members of victims dabbed their eyes with tissues, and jurors appeared emotional when Williams, after apologizing to them, showed crime scene photos of each person killed alongside a small picture of them while alive.

Those pictures included the Rev. Clementa Pinckney, 41, Emanuel AME's pastor and a state senator; Myra Thompson, 59, who taught Bible study that night — the same night she was licensed to preach; Cynthia Hurd, 54, a librarian who stayed to support Thompson; Depayne Middleton-Doctor, 49, who friends said sang like an angel and was also license to preach the day of the shootings; Daniel "Dapper Dan" Simmons, 74, nicknamed for his shiny shoes and fine hats; Sharonda Coleman-Singleton, 45, a high school track coach heavily involved in the church's youth programs; Ethel Lance, 70, the church sexton who kept the bathrooms and building immaculately clean; Susie Jackson, 87, who sang in the choir and sent generations through the church; and Tywanza Sanders, 26, Jackson's nephew and an aspiring poet who wanted to work with children.

The prosecutor said the good of all those faithful churchgoers prevailed over Roof's hatred.

"This defendant chose to take their lives. He chose to break their bodies. But he does not get to choose who they were," Williams said.

In a lengthy recording played earlier at trial, Roof told FBI agents he picked Mother Emanuel because of its historic significance in the black community. The church is the oldest in the South and one of its founders Denmark Vesey led a failed 1822 slave rebellion that drove the church underground.

Roof, who was convicted of federal hate crimes and obstruction of religion, said he had felt compelled to act because of the way blacks treated whites and said the shootings were "minuscule" in comparison.

The prosecutor recounted other evidence, like how Roof sat in the church parking lot for 28 minutes in his car, likely loading the 88 bullets — a number embraced symbolically by white supremacists — into eight magazines. Roof was handed a Bible as he sat in the prayer service for nearly 45 minutes before opening fire when the worshippers closed their eyes for the final prayer. He reloaded a half-dozen times and left behind three survivors, telling one woman that he was allowing her to stay alive so that she could tell the world about the shootings.

Kinnard can be reached at http://twitter.com/MegKinnardAP . Read more of her work at http://bigstory.ap.org/content/meg-kinnard/.