Lawyers Clash Over Use of Accusers' Names at Cosby Hearing 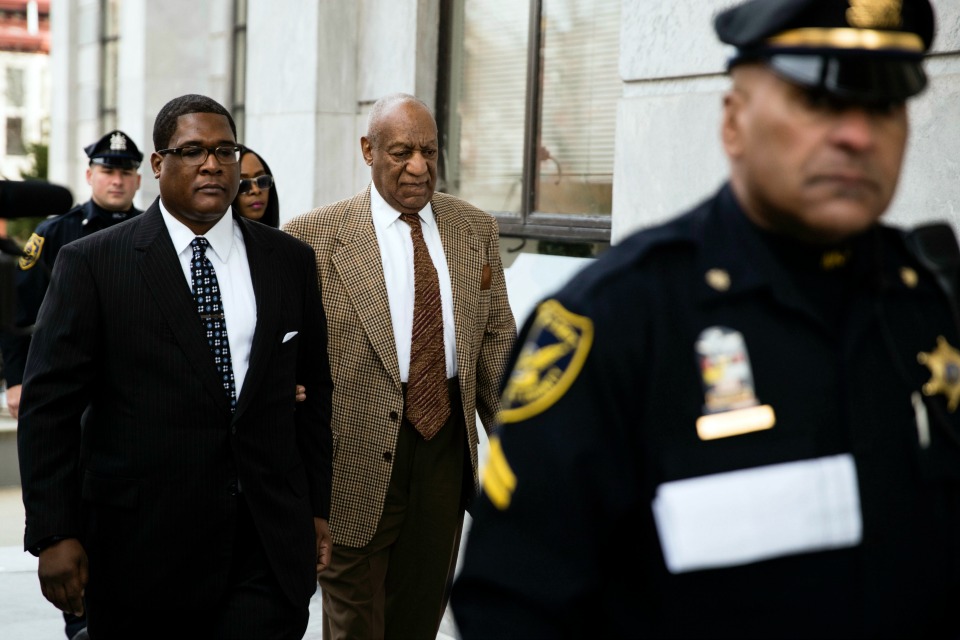 NORRISTOWN, Pa. (AP) — A judge admonished lawyers on both sides of Bill Cosby's sexual assault case Tuesday after a courtroom shouting match over the defense team's practice of publicizing the names of the women accusing the comedian of sexual assault.

Montgomery County Judge Steven O'Neill denounced the outburst as uncivil. It came at the start of what is expected to be a two-day hearing on whether prosecutors will be allowed to call 13 accusers as trial witnesses, a key part of their strategy to show the 79-year-old Cosby had a decadeslong habit of drugging and molesting women.

Cosby's lawyers want the accusers barred from testifying at his trial on charges that he sexually assaulted a woman at his suburban Philadelphia home in 2004. The defense was expected to attack their credibility and relevance as they try to keep them off the witness stand.

They encountered an early setback Tuesday when O'Neill refused to hear from one of their experts, Elizabeth Loftus, a psychologist who has questioned the reliability of eyewitness and witness memory. The judge said Loftus wouldn't help him decide if the accusers can testify but added she might be allowed to take the stand at Cosby's trial next year.

The high-stakes hearing was testy from the start, as District Attorney Kevin Steele clashed with Cosby lawyer Brian McMonagle over the defense's insistence on identifying accusers by name in public documents and a court hearing.

Steele became enraged when McMonagle argued that prosecutors had provided him with the names of the accusers. Arguing that the names were disclosed during the pretrial discovery process and were not part of the public record, Steele suggested that Cosby's lawyers were publicizing them in an attempt to intimidate the women.

McMonagle said many of them had already gone public with their allegations.

"These are witnesses in a trial. They are not children," McMonagle argued.

O'Neill ultimately ruled Cosby's lawyers could identify 11 of the women by name. He said two of the women have remained out of the spotlight and shouldn't be identified in court.

The defense asserts they should be removed altogether from the case, which began a decade ago when Temple University employee Andrea Constand filed a police complaint against Cosby, her friend and mentor, over an encounter at his home. A prosecutor at the time declined to file charges.

But authorities reopened the case last year after scores of women raised similar accusations and after Cosby's damaging deposition testimony from Constand's lawsuit became public. The trial judge last week said the deposition was fair game at trial, arming prosecutors with Cosby's testimony about his affairs with young women, his use of quaaludes as a seduction tool and his version of the sexual encounter with Constand the night in question.

Cosby's lawyers had hoped to question the women in person, but O'Neill rejected the idea.

Some of the women had ongoing friendships or romantic relationships with Cosby, while others knew him for only a few days after meeting him on a plane or at a casino. Some, like Constand, took pills knowingly — she thought it was an herbal drug; he later said it was Benadryl — while others believe he slipped something stronger in their drinks.

McMonagle has petitioned to ask each accuser as many as 80 questions as he tries to defend what he calls decades-old, vague accusations that were never vetted at the time. The defense has also questioned the women's motivation, noting many are clients of celebrity lawyer Gloria Allred, who has suggested Cosby should put up a $100 million settlement fund for potential sexual assault and defamation claims.

Allred told The Associated Press last week that her clients have a duty to testify if the court wants to hear from them. She called the defense's dismissal of their accounts "out of context or just plain wrong."

O'Neill must walk a fine line in weighing their testimony, given a 2015 state Supreme Court ruling that threw out a Roman Catholic Church official's child-endangerment conviction because the Philadelphia trial judge let too many priest-abuse victims testify about the alleged church cover-up.

Cosby greeted security officers with a joke before Tuesday's hearing, quipping, "Don't tase me, bro," as they wanded him on his way into court.

The AP doesn't typically identify people who say they are victims of sexual assault unless they have come forward publicly, as Constand has done.