What the 114th Congress Did and Did Not Do 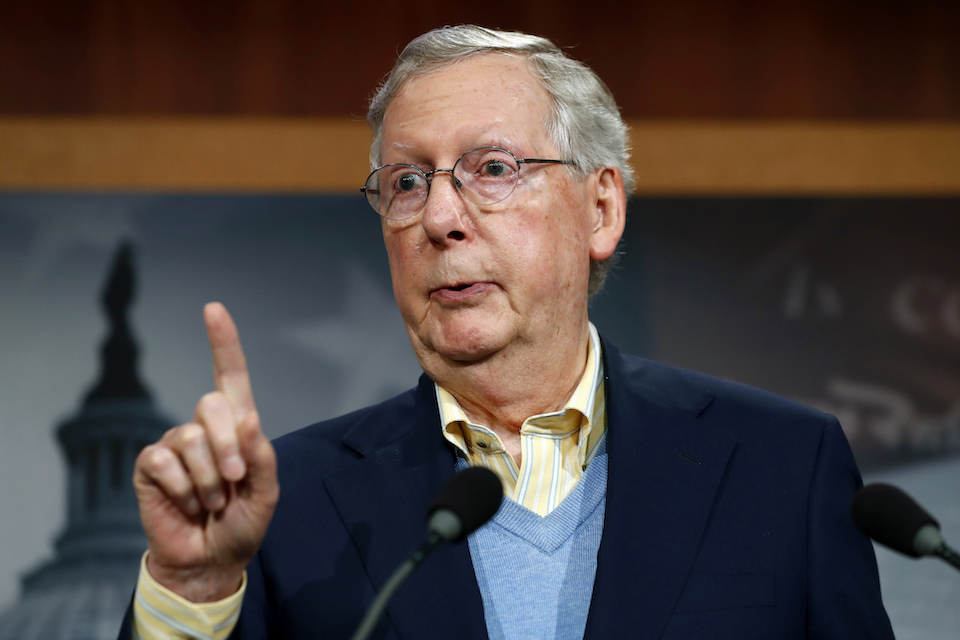 WASHINGTON (AP) — Congress wrapped up the 114th session early Saturday, a tumultuous two years marked by the resignation of a House speaker, a fight over a Supreme Court vacancy, bipartisan bills on health care and education and inaction on immigration and criminal justice. The new Congress will be sworn-in Jan. 3.

What Congress passed or approved:

— A hard-fought budget and debt agreement that provided two years of relief from unpopular automatic budget cuts and extended the government's borrowing cap through next March.

— A rescue package for financially strapped Puerto Rico, creating an oversight board to supervise some debt restructuring and negotiate with creditors.

— A sweeping biomedical bill that would help drug and medical device companies win swifter government approval of their products, boost disease research and drug-abuse spending and revamp federal mental health programs. It would also include money for preventing and treating abuse of addictive drugs like opioids.

— The first overhaul of the Toxic Substances Control Act since it was approved in 1976.

— A sweeping rewrite of education law, giving states more power to decide how to use the results of federally mandated math and reading tests in evaluating teachers and schools.

— An aviation bill that attempts to close gaps in airport security and shorten screening lines.

— An extension of a federal loan program that provides low-interest money to the neediest college students.

— The USA Freedom Act, which extends some expiring surveillance provisions of the USA Patriot Act passed after the 9/11 attacks.

— A bipartisan measure that recasts how Medicare reimburses doctors for treating over 50 million elderly people.

— $1.1 billion to combat the threat of the Zika virus.

— Defense legislation rejecting President Barack Obama's attempts to close the prison at Guantanamo Bay, Cuba, and blocking the Pentagon from starting a new round of military base closings.

— Food labeling legislation that will require most food packages to indicate whether they contain genetically modified ingredients.

— Legislation authorizing hundreds of water projects, including measures to help Flint, Michigan, rid its water of poisonous lead, and to allow more of California's limited water resources to flow to Central Valley farmers hurt by the state's lengthy drought.

— Legislation that would tighten several security requirements of the visa waiver program, which allows citizens of 38 countries to travel to the U.S. without visas.

—Cybersecurity legislation that would encourage companies to share cyber-threat information with the government.

— A renewal of health care and disability payments to 9/11 first responders who worked in the toxic ruins of the World Trade Center.

— A bill allowing families of Sept. 11 victims to sue Saudi Arabia in U.S. courts for its alleged backing of the attackers, enacted in Obama's first veto override.

— A permanent ban on state and local government Internet taxes.

— Confirmation of Eric Fanning to be Army secretary, making him the first openly gay leader of a U.S. military service.

— The election of a new House speaker, Republican Rep. Paul Ryan of Wisconsin.

What Congress did not pass or approve:

— Confirmation of Obama's pick for the Supreme Court, Merrick Garland.

— Bills that would have halted federal payments to Planned Parenthood, after secretly recorded videos of Planned Parenthood officials discussing tissue donations fueled an uproar among congressional Republicans and abortion opponents.

— $1 trillion worth of agency budget bills that will be kicked into next year, complicated by a familiar battle over the balance between Pentagon spending and domestic programs and a desire by Republicans to get a better deal next year from the Trump administration. Congress passed a four-month extension of current spending instead.

— A bipartisan criminal justice bill that would have reduced some mandatory sentences for low-level drug offenders and increased rehabilitation programs.

— The first comprehensive energy bill in nearly a decade, which would speed exports of liquefied natural gas and create a new way to budget for wildfires.

— A bill forcing the president to allow construction of the Keystone XL oil pipeline from Canada. Obama rejected the pipeline in 2015 after seven years of indecision.

— The Trans-Pacific Partnership, a multinational trade agreement involving 11 other Pacific Rim countries. Congress did give the president Trade Promotion Authority, allowing Congress to ratify or reject trade agreements negotiated by the executive branch, but not change or filibuster them.

— Child nutrition bills that would have scaled back the Obama administration's standards for healthier school meals.