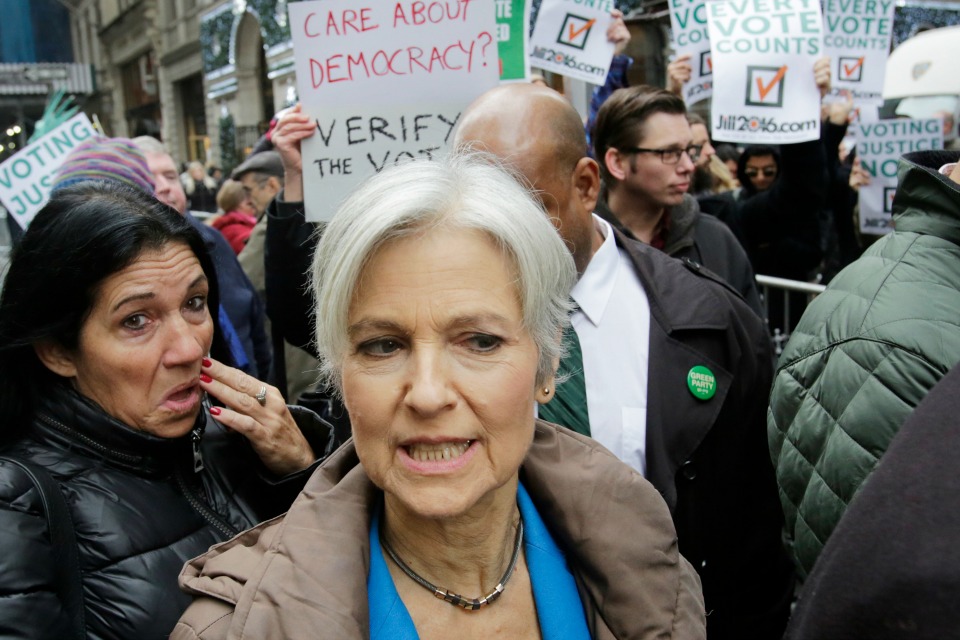 John Bursch, a lawyer for Attorney General Bill Schuette, told U.S. District Judge Mark Goldsmith to look no further than the Michigan Court of Appeals' ruling Tuesday night and to drop his earlier decision that got the recount underway.

The hand recount of millions of ballots began Monday while lawsuits from Schuette, the GOP and Donald Trump's campaign were pending to block it.

Bursch said the recount will cost millions of dollars if it continues, with Stein's campaign paying only a fraction of that amount.

Goldsmith said he'd issue his ruling in writing, but he didn't say when.

More than 20 of Michigan's 83 counties are re-counting their ballots, with more joining the effort each day before a Dec. 13 federal deadline for states to certify their election results. Some counties have reported just minor changes to the results.

But the recount appears to be in doubt after the appeals court ruled that Stein doesn't qualify as an "aggrieved" candidate because she couldn't win even if a recount showed that some votes had been miscounted. Stein got about 1 percent of the vote in three states where she's pushed for recounts — Michigan, Pennsylvania and Wisconsin. Republican Donald Trump narrowly defeated Democrat Hillary Clinton in all three.

Stein insists she's more concerned about the accuracy of the election. She alleges, without evidence, that the elections may have been susceptible to hacking.

A lawyer for the Stein campaign, Hayley Horowitz, acknowledged that the recount is not solely about changing the results, but she urged Goldsmith to keep it going. Stein appealed the appeals court decision to the Michigan Supreme Court.

"What makes (Stein) an aggrieved party under Michigan law is she participated in an election that may or may not have been contaminated," Horowitz said.

A court hearing will be held Friday on a possible recount in Pennsylvania. Wisconsin's recount, which started last week, has increased Trump's margin of victory over Clinton thus far.