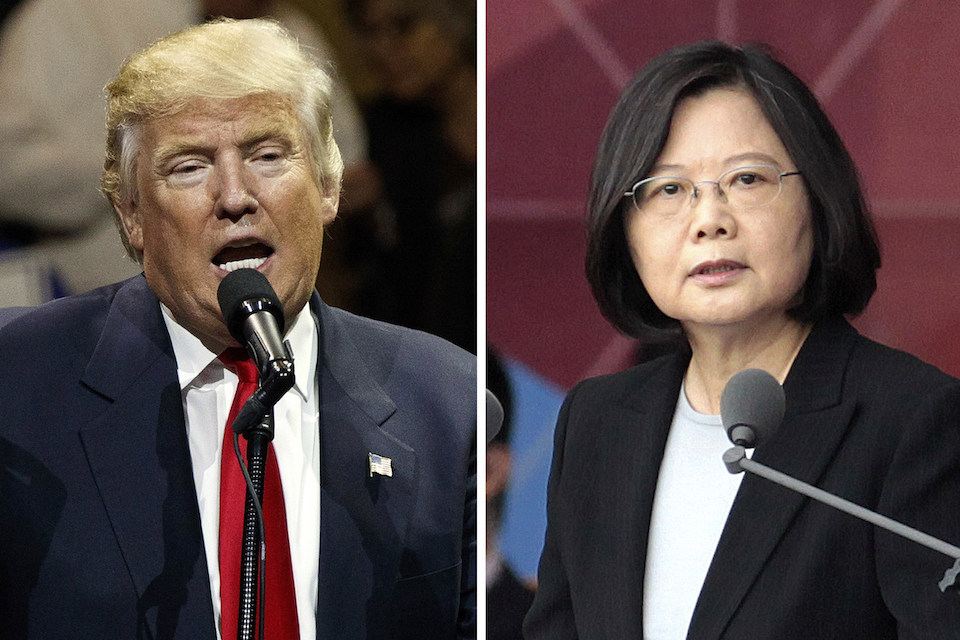 BEIJING (AP) — China's foreign minister said Saturday he hopes Beijing's relations with the U.S. would not be "interfered with or damaged" after President-elect Donald Trump broke with decadeslong diplomatic tradition and spoke directly with Taiwan's leader.

It is highly unusual, probably unprecedented, for a U.S. president or president-elect to speak directly with a leader of Taiwan, a self-governing island the U.S. broke diplomatic ties with in 1979.

Chinese Foreign Minister Wang Yi said the call between Taiwan's president and Trump was "just a small trick by Taiwan" that he believed would not change U.S. policy toward China, according to Hong Kong's Phoenix TV.

"The one-China policy is the cornerstone of the healthy development of China-U.S. relations and we hope this political foundation will not be interfered with or damaged," Wang was quoted as saying.

Washington has pursued a so-called "one China" policy since 1979, when it shifted diplomatic recognition of China from the government in Taiwan to the communist government on the mainland. Under that policy, the U.S. recognizes Beijing as representing China but retains unofficial ties with Taiwan.

A statement from Trump's transition team said he spoke with Taiwanese President Tsai Ing-wen, who offered her congratulations.

"During the discussion, they noted the close economic, political, and security ties ... between Taiwan and the United States.

Trump tweeted later: "The President of Taiwan CALLED ME today to wish me congratulations on winning the Presidency. Thank you!"

"The (Taiwanese) president is looking forward to strengthening bilateral interactions and contacts as well as setting up closer cooperative relations," the statement said.

"The president also told U.S. President-elect Trump that she hopes the U.S. will continue to support Taiwan's efforts in having more opportunities to participate in and contribute to international affairs in the future," Tsai's office said.

It said the two also "shared ideas and concepts" on "promoting domestic economic development and strengthening national defense" to improve the lives of ordinary people.

The White House learned of the conversation after it had taken place, said a senior Obama administration official, who requested anonymity because of the sensitive diplomatic relations involved.

China's embassy in Washington, its foreign ministry in Beijing and Taiwan Affairs Office did not respond to requests for comment.

Friday's call is the starkest example yet of how Trump has flouted diplomatic conventions since he won the Nov. 8 election. He has apparently undertaken calls with foreign leaders without guidance customarily lent by the State Department, which oversees U.S. diplomacy.