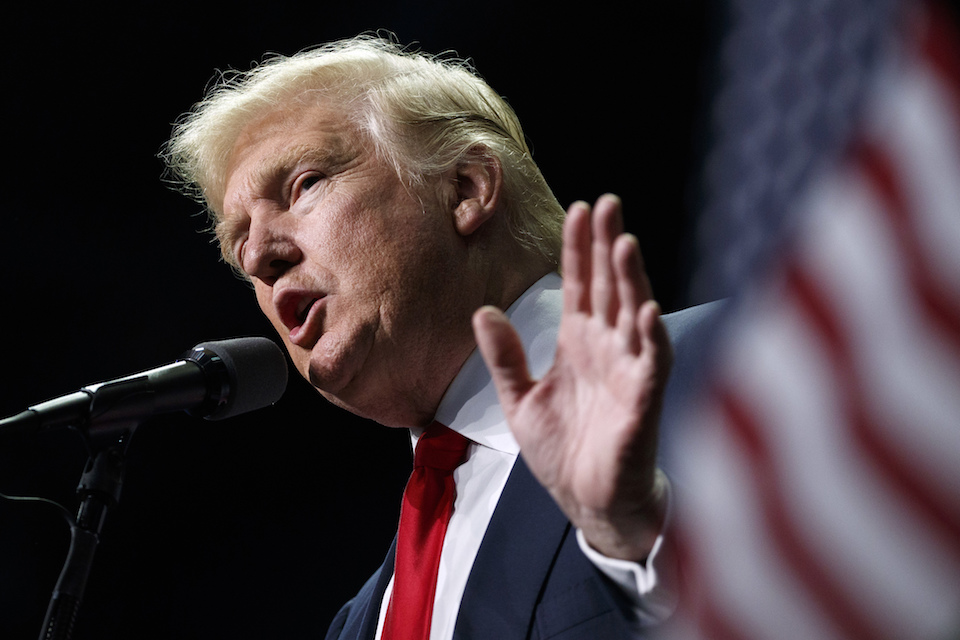 NEW YORK (AP) — President-elect Donald Trump claimed without evidence Sunday that "millions" voted illegally in the national election, scoffing at Hillary Clinton's nearly 2 million edge in the popular vote and returning to his campaign mantra of a rigged race even as he prepares to enter the White House in less than two months.

Trump and his lieutenants assailed an effort — now joined by Clinton — to recount votes in up to three battleground states, calling the push fraudulent, the work of "crybabies" and, in Trump's estimation, "sad."

The president-elect himself launched a Twitter offensive that spanned more than 12 hours on Sunday, casting a shadow over the legitimacy of an election that he actually won.

"I won the popular vote if you deduct the millions of people who voted illegally," he tweeted in the afternoon before alleging in an evening tweet "serious voter fraud in Virginia, New Hampshire and California." Trump's transition team did not respond to questions seeking evidence of the unfounded claims.

No evidence of voting problem

There's been no indication of widespread vote manipulation, illegal voting or hacking that materially affected the outcome one way or the other. It's that very lack of evidence that suggests Trump is likely to prevail in recounts.

Trump on Sunday tweeted part of Clinton's concession speech, when she told supporters they must accept that:

"Donald Trump is going to be our president," and snippets from her debate remarks, when she denounced the Republican nominee for refusing to say in advance that he would accept the Election Day verdict.

This came on top of his saying it was a "scam" that Green Party nominee Jill Stein was revisiting the vote count in Wisconsin, Michigan and Pennsylvania.

Trump won Wisconsin and Pennsylvania, and as of Wednesday, held a lead of almost 11,000 votes in Michigan, with the results awaiting state certification Monday. His Michigan margin was a hair's breadth 0.22 percent of the state's votes.

Clinton leads the national popular vote by close to 2 million votes, but Trump won 290 electoral votes to Clinton's 232, not counting Michigan. She could conceivably tip the electoral balance in the remote event that all flipped to her in recounts.

Among the jobs Trump has still yet to fill: secretary of state. Internal division over the position again spilled out into the open on Sunday as Trump senior adviser Kellyanne Conway voiced her concerns with the possibility of Romney landing such a significant position.

Trump supporters "feel a bit betrayed that you can get a Romney back in there after everything he did," Conway said. "We don't even know if he voted for Donald Trump. He and his consultants were nothing but awful to Donald Trump for a year." She added that she was "reflecting what the grassroots are saying."

Former New York City Mayor Rudy Giuliani and Tennessee Sen. Bob Corker are among other prospects to serve as the country's top diplomat.

"I'm all for party unity, but I'm not sure we have to pay for that with the secretary of state position," Conway said.

Trump was mostly silent on the brewing recount effort until it became known that Clinton would join it, at least in Wisconsin. On Saturday, a day after Wisconsin officials said they would conduct the first presidential recount in the state's history, Clinton campaign attorney Marc Elias said:

"We intend to participate in order to ensure the process proceeds in a manner that is fair to all sides."

Elias said Clinton would take the same approach in Pennsylvania and Michigan if Stein were to follow through with recount requests in those states.

"Hillary Clinton conceded the election when she called me just prior to the victory speech and after the results were in," Trump tweeted Sunday. "Nothing will change."

He quoted from her concession speech — "We owe him an open mind and the chance to lead" — and he concluded: "So much time and money will be spent - same result! Sad."

On NBC's "Meet the Press," Conway said Stein, "the Hillary people" and others supporting recounts have to decide whether they are going to back a peaceful transition "or if they're going to be a bunch of crybabies and sore losers about an election that they can't turn around."

Priebus, on "Fox News Sunday," called the effort a "total and complete distraction and a fraud and something that they should drop."

Clinton's lawyer said her team has been combing through the results since the election in search of anomalies that would suggest hacking by Russians or others and found "no actionable evidence" of an altered outcome.

Moreover, Elias said, Trump has a vote lead even in the closest states that well exceeds the largest margin ever overcome in a recount.

But "we feel it is important, on principle, to ensure our campaign is legally represented in any court proceedings and represented on the ground in order to monitor the recount process itself," he said.

Trump beat Clinton in Wisconsin by fewer than 22,200 votes, less than 1 percent of votes cast. He won Pennsylvania by some 70,600 votes, just more than 1 percentage point over Clinton.
___
Woodward reported from Washington. Associated Press writer Anne Flaherty also contributed to this report.