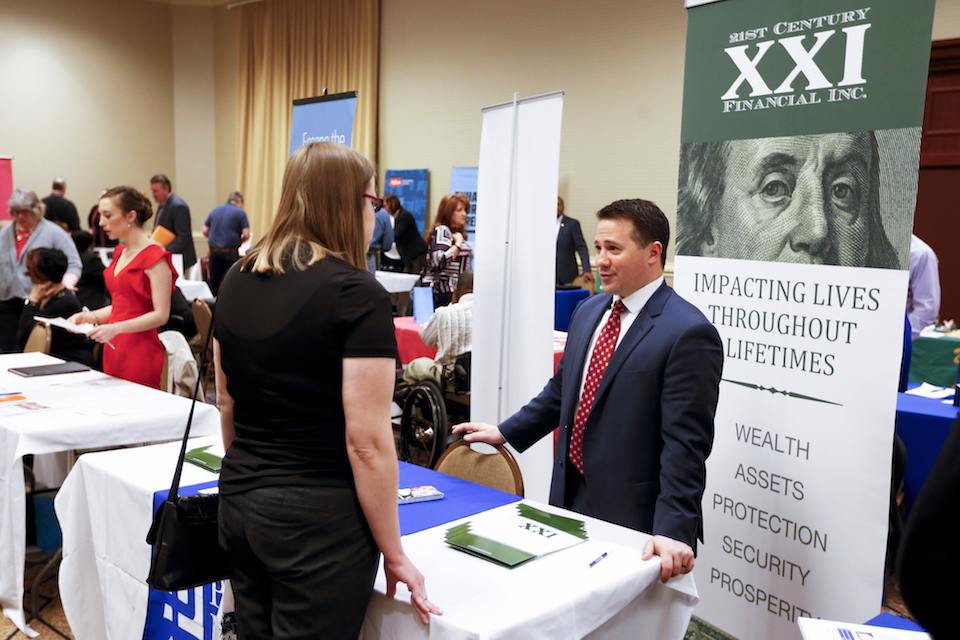 WASHINGTON (AP) — States that voted for Hillary Clinton in last week's presidential election reported stronger job growth in the previous year than states that supported Donald Trump, according to data released by the Labor Department Friday.

The figures add credence to the idea that economic concerns contributed to Trump's unexpected victory.

The healthiest gains in the past year were in so-called "blue" states: Job growth was 3.5 percent in Washington state, the biggest gain nationwide. Oregon reported the next largest gain, at 3.3 percent. Other healthy increases were in Colorado, California and Nevada.

There were exceptions to the trend: Florida, which supported Trump, saw hiring rise 3.1 percent in the 12 months ending in October, the third-highest total.

But the smallest increases were in so-called "red" states that voted for the Republican candidate. Job growth was just 0.7 percent in Pennsylvania, 0.9 percent in Ohio and 1 percent in Wisconsin — three Midwestern states that handed 48 electoral votes to Trump.

And two states lost jobs in the past year: Wyoming and North Dakota, which have been hit by falling oil and coal prices. They both voted for Trump.

Overall, the differences weren't huge: Job growth in blue states was 1.7 percent in the 12 months ending in October, compared with 1.5 percent in red states, according to Kolko's calculations.

But there are similarities in the city data. Six of the ten metro areas with the slowest job growth were in Pennsylvania, Ohio and Wisconsin. Allentown and Scranton, both in Pennsylvania, lost the most jobs of any city nationwide.

Nationwide, the economy picked up in the fall even amid the contentious presidential election. Americans ramped up their shopping and applications for unemployment aid fell to a four-decade low, a sign layoffs are scarce.

That's prompted steady hiring, though it has fallen from last year's pace. Employers added 161,000 jobs nationwide in October, enough to reduce the unemployment rate over time. The rate slipped to 4.9 percent from 5 percent in September.