Recount Moves Forward in Wisconsin: Will Michigan be Next? 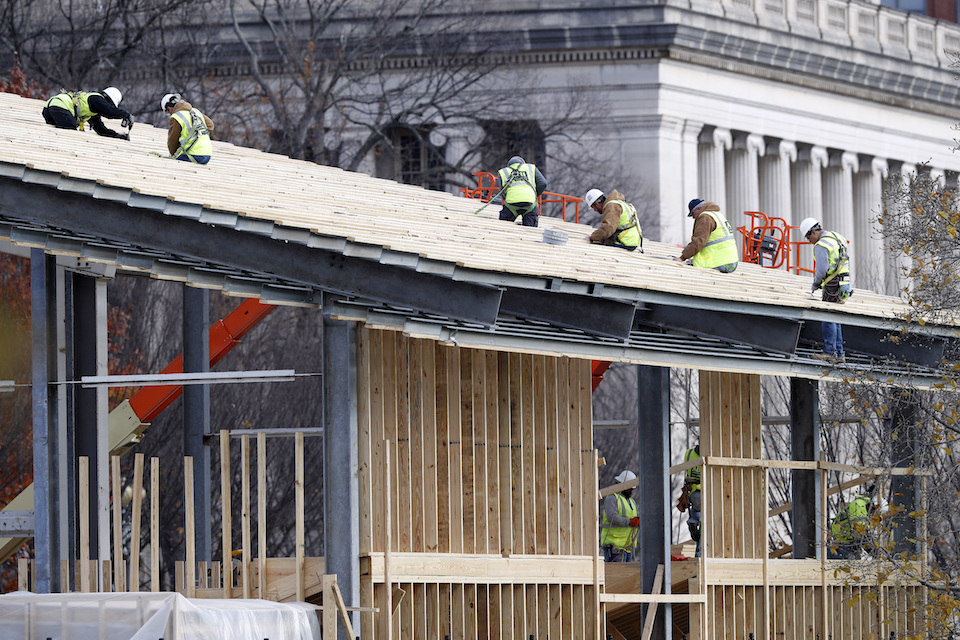 "The people have spoken and the election is over," Trump declared Saturday in his first comments about the growing effort to force recounts in Wisconsin, Michigan and Pennsylvania. He added, "We must accept this result and then look to the future."

Green Party nominee Jill Stein's fight for a recount got a major boost Friday when Wisconsin officials announced they were moving forward with the first presidential recount in state history.

State Elections Commission Administrator Mike Haas said Stein filed the request around mid-afternoon Friday, about an hour and a half ahead of a 5 p.m. CST deadline.

Stein's campaign has been raising money online to cover the costs of recounts in Wisconsin, Michigan and Pennsylvania. She says she wants to make sure hackers didn't skew the results in those swing states. The campaign had raised about $5.2 million as of Friday afternoon.

Wisconsin law calls for the state to perform a recount at a candidate's request as long as he or she can pay for it. The state has never performed a presidential recount. Election officials estimate the effort will cost up to $1 million.

The president-elect had been paying little if any attention to Stein's recount push, but Democratic rival Hillary Clinton forced his hand on Saturday by formally joining the effort. Stein, who drew 1 percent of the vote nationally, is raising millions of dollars to fund the recounts.

"Because we had not uncovered any actionable evidence of hacking or outside attempts to alter the voting technology, we had not planned to exercise this option ourselves," Clinton campaign attorney Marc Elias wrote Saturday in a blog post.

"But now that a recount has been initiated in Wisconsin, we intend to participate in order to ensure the process proceeds in a manner that is fair to all sides."

Elias said Clinton would take the same approach in Pennsylvania and Michigan if Stein were to follow through with recount requests those states, even though that was highly unlikely to change the election outcome.

Clinton leads the national popular vote by close to 2 million votes, but Trump won 290 electoral votes to Clinton's 232, with Michigan still too close to call. It takes 270 to win the presidency.

Trump, who repeatedly challenged the integrity of the U.S. election system before his win, called the recount push "a scam by the Green Party for an election that has already been conceded."

"The results of this election should be respected instead of being challenged and abused, which is exactly what Jill Stein is doing," he said in the statement, which didn't mention Clinton's involvement.

Trump was expected to return to New York on Sunday after spending the Thanksgiving holiday weekend at his West Palm beach estate. His transition team said the president-elect had scheduled a series of Monday meetings with prospective administration hires.

"While Cuba remains a totalitarian island, it is my hope that today marks a move away from the horrors endured for too long, and toward a future in which the wonderful Cuban people finally live in the freedom they so richly deserve," Trump said.

Trump's Cuba policy was inconsistent during the campaign. He first suggested he supported President Barack Obama's orders loosening the U.S. trade embargo on the island. He reversed himself less than a month before the election, however, vowing to overturn Obama's order unless Cuba meets demands including "religious and political freedom for the Cuban people and the freeing of political prisoners."