DIVIDED AMERICA: Easy Retirement? Only for a Privileged Few 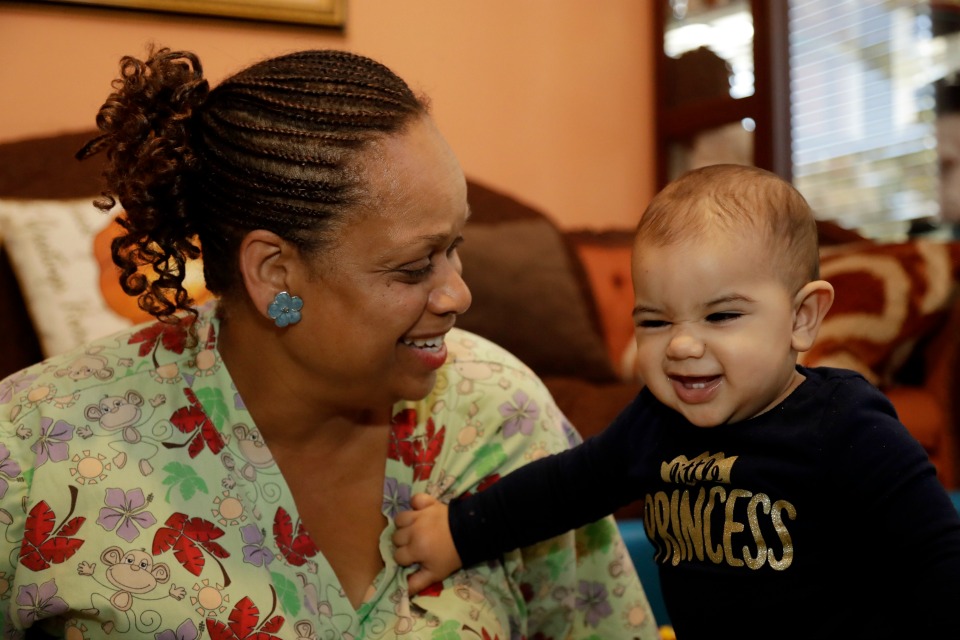 NEW YORK (AP) — The American dream of a blissful retirement, free of financial worries, is dying.

Most U.S. households are heading for a worse lifestyle in retirement than they had while they were working, because they simply aren't saving enough, experts say. Thirty-five percent of households in their prime earning years or later have nothing saved in a retirement account and no access to a traditional pension, according to an AP analysis of savings data from the Federal Reserve.

Among households that do have some savings, the typical amount is $73,200. That's about 15 months of the median household's income.

One group doesn't have to worry as much: the richest 10 percent of households. They typically have more than $413,000 in a retirement account, according to the analysis of the Fed's latest data, which is from 2013.

The rest of us look a lot more like Nancy Harvey, a 54-year-old child-care center owner in Oakland, California, who has less than $2,000 saved. Her plan, as of now, is to continue with real-estate classes in hopes that it can provide a second job.

"I have to work and pray and hope my health continues to remain good so that I can continue to work," she says. "I still have a mortgage and all the insurance that goes along with that, and I have to pay payroll for my employees, which is really important to me. I can honestly say I'm frightened about the future."

Harvey isn't alone, as the gap widens between the few households who don't have to worry about a comfortable retirement and everyone else. The anxiety even stretches across political affiliations. Nearly equivalent percentages of Democrats and Republicans say they're not managing very well in retirement planning, a recent survey from Lincoln Financial found.

The looming crisis is the result of a system that's increasingly put workers in charge of saving for and managing their own retirement. Because the U.S. households at the top have reaped most of the income gains over the last decade — and because they have disproportionately more access to retirement plans to begin with — experts say the gap in retirement savings is only growing wider. They're expecting to see more elderly Americans working longer, moving in with their kids and tapping assistance programs.

"Only the privileged have access to a secure retirement," says Teresa Ghilarducci, a labor economist at the New School for Social Research.

It's easier to save when you're making more money, and the vast majority of the income gains have gone to the top in recent years.

The top 10 percent of U.S. households made more than $162,180 last year, up 6 percent from a decade earlier after adjusting for inflation. For middle-income Americans, incomes have barely stayed ahead of inflation. Lower-income households are making less than a decade ago.

The benefit of making more money goes beyond having more to save. Higher-income households also get a bigger after-tax benefit from putting money into a 401(k) or another tax-advantaged account.

With traditional pensions increasingly becoming extinct, it's grown even more important for Americans to save. Meanwhile, Social Security — the last line of defense for many retirement plans — is at risk of having enough money to pay only 79 percent of benefits, starting in 2034.

The death of the traditional pension means the burden is on us to save, and that's why access to 401(k) and other retirement plans is so important.

Most lower-income households will save when they have access to a retirement plan. The problem is that most don't get the opportunity.

The low retirement balances mean the majority of households — 52 percent — are at risk of having to cut their spending by more than 10 percent after entering retirement, according to the Center for Retirement Research at Boston College.

"For an upper-middle class person, not being able to maintain their standard of living means fewer trips," says Alicia Munnell, the center's director. "But for lower-income people, it can really mean depriving themselves."

To help close the gap, states are trying their own measures. California recently passed a law requiring employers to automatically enroll their workers in a state-run program and deduct money from each paycheck.

Experts prefer a broader fix from the federal government but call the state programs an encouraging step. In the meantime, many workers are simply working longer.

David Tucker is 74 and still waking at 1:15 each morning to get to his job as a skycap at Reagan National Airport outside Washington, D.C.

He says he may consider retiring next year or cutting down to a few days per week. And what would he look forward to in retirement?

"I would like to feel what it's like to wake up and not go to work," he says. "For a while, that's all I would like to do. I wouldn't worry about anything else."

EDITOR'S NOTE — This is part of Divided America, AP's ongoing exploration of the economic, social and political divisions in American society.