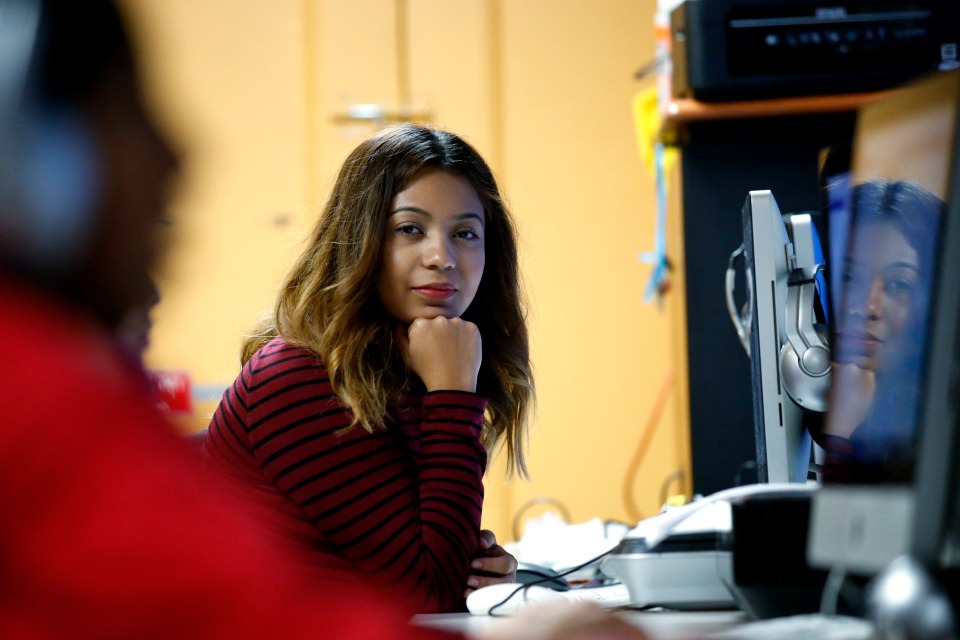 Since the election, Donald Trump's tough talk on immigration has stirred anxiety nationwide among immigrants regardless of legal status. They are turning to lawyers, schools, advocacy groups and congressional offices for help.

"We're operating with a lot of unknowns, and a certain amount of fear comes with that," said Vanessa Esparza-López, a managing attorney at the Chicago-based National Immigrant Justice Center.

In Chicago, a hotline run by the state's largest immigrant-rights group received more than 330 calls in the week after the election, compared with the usual 100 or so. Denver school officials sent a letter to parents in response to questions about the election's effect on students living in the country illegally.

The New York Legal Assistance Group said it's receiving 40 to 60 daily calls about immigration, up from 20 to 30. The Coalition for Humane Immigrant Rights of Los Angeles reported 19 walk-ins on a single day, all with citizenship questions.

The most urgent inquiries have been from young people benefiting from a 2012 federal program started by President Barack Obama's administration that allows immigrants brought to the country illegally as children to avoid deportation and get work permits. About 740,000 people have participated in the Deferred Action for Childhood Arrivals system.

Attorneys say the program is vulnerable because it was created by executive order, not by law, leaving new potential applicants second-guessing whether to sign up.

Andrea Aguilera, a 20-year-old who attends a suburban Chicago college, feels in limbo with her DACA paperwork expiring next year.

She was brought across the Mexican border illegally as a 4-year-old and largely kept her immigration status secret until she was able to get a work permit through DACA four years ago. She's since worked as a grocery store cashier and as a finance office intern at a Chicago organization. Two of her siblings are in the program. Another is a U.S. citizen.

"It's been hard to focus on school," Aguilera said. "I just don't know what's going to come next for us."

During the campaign, Trump pledged to deport the estimated 11 million immigrants living in the country illegally and to build a border wall. The Republican president-elect has not detailed how he will proceed and recently walked back the number of anticipated deportees.

The Center for Immigration Studies, which advocates for lower immigration levels, explained the spike in activity as uncertainty about whether existing laws will be enforced by Trump's administration. Jon Feere, a legal analyst at the Washington D.C.-based research organization, said those enrolled in DACA were aware of the risks when they signed up. Others should have little concern.

"Those who are in compliance with the law have nothing to worry about," he said.

Still, even immigrants with permanent legal status have had questions since the election.

Attorneys and immigrant organizations said green card holders feel new urgency to ensure that paperwork such as a renewal application is in order over fears that laws could change under a new administration. Most immigrants can seek citizenship three to five years after getting a green card.

Roughly 9 million green card holders are currently eligible for citizenship, according to the most recent Department of Homeland Security statistics. Some citizens also sought clarity about when they could sponsor family members abroad.

In Phoenix, local leaders planned a weekend meeting about being an immigrant in Arizona as an effort to "guide us on the path of trust and unity." Staff members at the Chicago office of Democratic U.S. Rep. Luis Gutierrez reported an uptick in activity with at least 60 new applications for citizenship the past two weeks.

School districts, including Chicago and Denver, used the election as a way to communicate existing policy.

Denver Superintendent Tom Boasberg said the 90,000-student district sent letters in four languages home in response to what teachers were hearing from students and parents. The letter reiterated that school officials do not ask about immigration status when students enroll.

"In a time of fear and concern, lots of rumors and misinformation spread," he said. "And that's why it's so important to get accurate factual information to our families from a very trusted source."