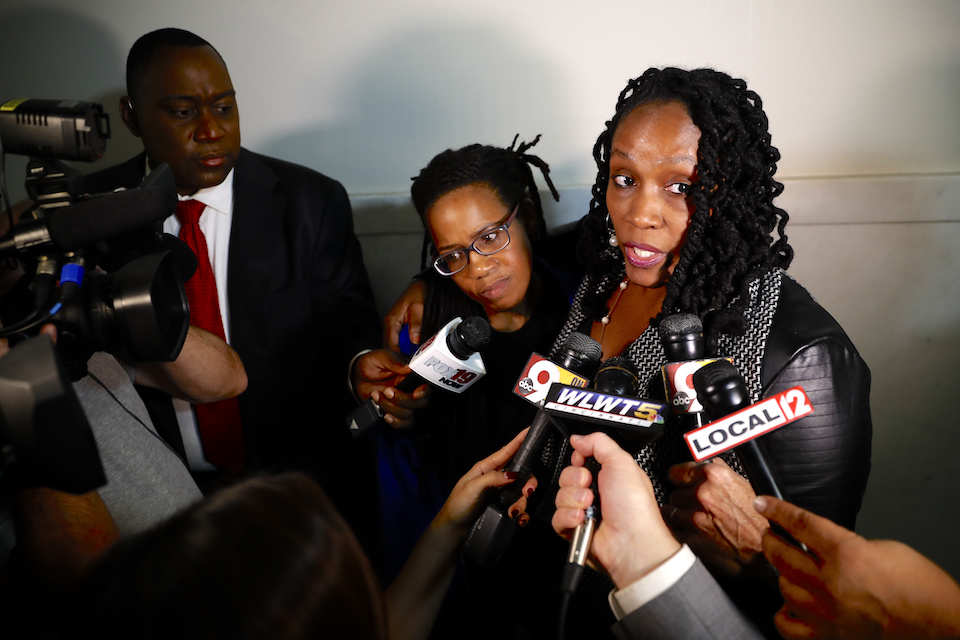 CINCINNATI (AP) — Jurors failed to come up with a verdict against a white former police officer charged with murder in the fatal shooting of an unarmed black motorist and were leaning toward a lesser conviction, a prosecutor said Saturday after a mistrial was declared.

The jury spent some 25 hours debating the outcome and indicated several times that they were deadlocked before a judge agreed.

Prosecutors will decide within the next two weeks whether to retry former University of Cincinnati police officer Ray Tensing. He was fired after shooting 43-year-old Sam DuBose in the head after pulling him over for a missing front license plate on July 19, 2015.

Tensing, 26, testified he feared he was going to be killed. Prosecutors said repeatedly the evidence contradicted Tensing's story.

Hamilton County Prosecutor Joe Deters said jurors were leaning toward a conviction of voluntary manslaughter and acquittal on the murder charge. He later told media outlets the vote was deadlocked at 8-4 in favor of the lesser charge.

Judge Megan Shanahan said the jury of 10 whites and two blacks spent two hours deliberating Saturday morning after getting a night's sleep and still could not reach a decision.

"It's obvious to me you have made a sincere and conscientious effort," the judge said before setting a new hearing date for Nov. 28 to determine whether the case will be brought back. 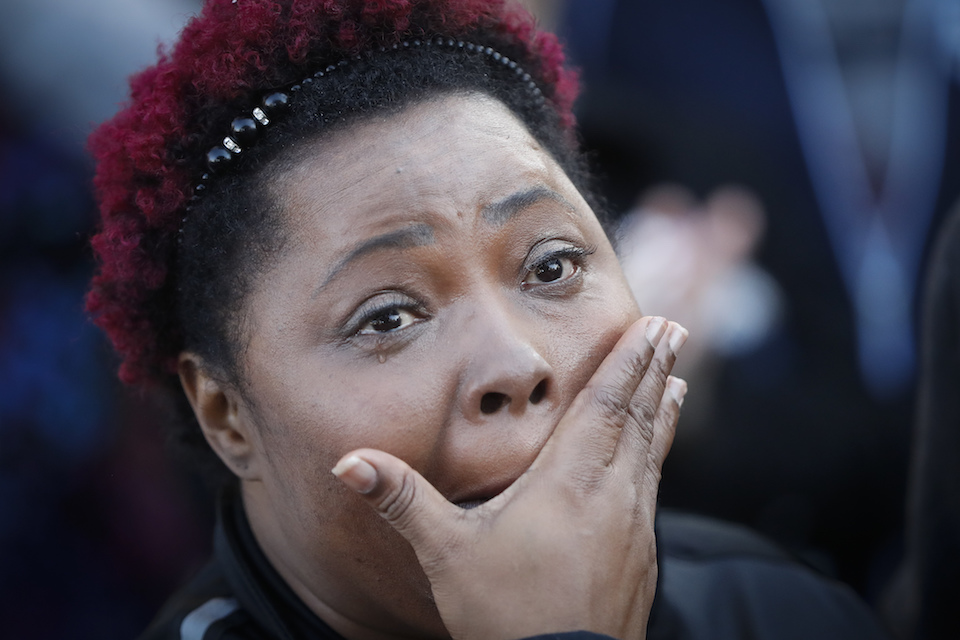 Photo: Protestor Alethia Finley wipes tears from her eyes as demonstrators gather for a rally in Washington Park after a mistrial was declared due to a hung jury in the murder trial against Ray Tensing, Saturday, Nov. 12, 2016, in Cincinnati. Tensing, a white former University of Cincinnati police officer, was charged with murder in the shooting of Sam DuBose, an unarmed black motorist, while on duty during a routine traffic stop on July 19, 2015. (AP Photo/John Minchillo)

Attorney Al Gerhardstein, who represents the DuBose family, said they want another trial and can't understand why the jury couldn't reach a conclusion.

"With the video evidence as clear as it is, they shouldn't have been so stuck," he said.

The city's mayor and police chief said they understood why the family and others were disappointed, but both also expected a peaceful response.

"Downtown is safe. The city is safe. We are going to get through this," said Mayor John Cranley. "People are going to be angry, and they have every right to express their First Amendment rights and they will do so peacefully."

The shooting is among those across the nation that have raised attention to how police deal with blacks.

The crowd briefly blocked a streetcar line and grew in numbers when they were joined by people leaving a rally opposing the election of Donald Trump as president. The group broke up Saturday afternoon without any trouble.

Gwen Boggs, a retired high school teacher, joined the mostly young group to "represent my community and my family and all those who need to have a voice."

She said she was shocked the jury did not find Tensing guilty. "We have all this compelling evidence. I just can't understand why it was a hung jury," she said.

Legal experts say juries generally tend to give police officers the benefit of the doubt because of the inherent dangers of their jobs, but that they will convict if the police actions were clearly unwarranted.

In tearful testimony Tuesday, Tensing said his arm was stuck in DuBose's car after he tried to stop him from driving away by grabbing the car keys.

An expert hired by prosecutors said his analysis of the former officer's body camera video shows the officer was not being dragged by the car. A defense expert countered that the video shows Tensing was justified in fearing for his life because his body was "violently twisted" during the confrontation.

Deters suggested that Tensing had racial motives, saying a study found that eight of every 10 drivers Tensing pulled over for traffic stops were black, the highest rate of any University of Cincinnati officer. Tensing also made more traffic stops and citations than other UC officers. Deters also pointed to a T-shirt with Confederate flag on it that Tensing was wearing under his uniform the day of the shooting.

Tensing said he was often unaware of a driver's race, did not single people out unfairly and was not racist. He testified that the Confederate flag on his T-shirt had no meaning to him.

The trial was conducted under beefed-up security, and city officials had met with civil rights and faith leaders in the weeks before it began in hopes of reducing unrest. The city suffered 2001 riots sparked by the fatal shooting of 19-year-old Timothy Thomas, a black man who was wanted on misdemeanor warrants and was fleeing from police.

Protesters on Saturday passed the area where Thomas died.

While the Tensing case concluded, trial continued in South Carolina for white ex-patrolman Michael Slager, charged with murder for the April 2015 death of Walter Scott, a black man shot in the back as he fled for a North Charleston traffic stop.