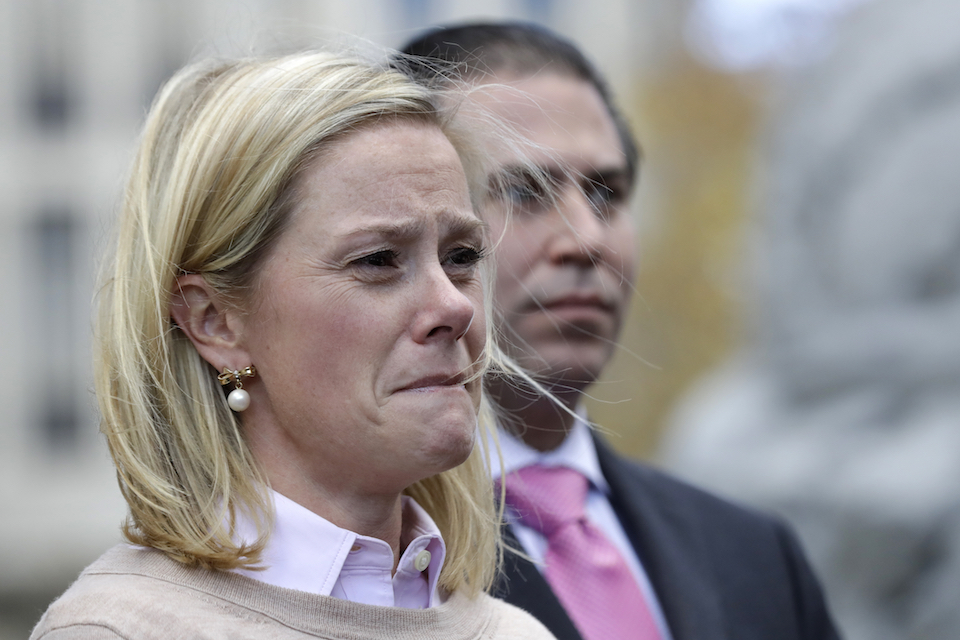 TRENTON, N.J. (AP) — New Jersey Gov. Chris Christie planned to make his return to the campaign trail for Donald Trump, appearing in public for the Republican presidential nominee for the first time in months to rally voters in New Hampshire and Pennsylvania on the final weekend before Election Day.

Then Bridgegate interrupted his plans — again.

Two of Christie's former allies were convicted Friday in a plot to close the George Washington Bridge in 2013 to punish a Democratic mayor for not backing Christie's re-election.

Christie was not charged in the case, but trial testimony put him back at the centre of the accusations making the last seven weeks a gauntlet of negative headlines for the governor.

While Trump's campaign had announced before the verdict that Christie would stump for him on Saturday, they said later Friday that he would not be on the trail Saturday.

However Trump has put Christie in charge of his transition team meaning Christie is in charge of recruiting for a Trump administration should he win the presidencey.

The plot that led to the convictions Friday of Bridget Kelly, Christie's former deputy chief of staff, and Bill Baroni, an executive at the Port Authority of New York and New Jersey, stemmed from Christie's political team's efforts to build bipartisan support they hoped would eventually help him in this year's presidential election.

Instead, the scandal and criminal case that came from the plot has dragged Christie down, helping to keep his own presidential campaign from going anywhere and featuring testimony reinforcing Christie's reputation among his critics as a bully.

Christie said after he was passed over as Trump's vice presidential pick that the bridge scandal likely factored into Trump's decision.

The trial also included allegations that he knew more about the lane closings than he's previously claimed.

Christie said again Friday that he had no knowledge of the plot and said he would "set the record straight" soon about "the lies told by the media and in the courtroom."

"I had no knowledge prior to or during these lane realignments and had no role in authorizing them," Christie said. "No believable evidence was presented to contradict that fact. Anything said to the contrary over the past six weeks in court is simply untrue."

Beyond the Trump presidential campaign, the fallout from Friday's verdict included Democrats calling for a new investigation in to the governor's role and calls for impeachment from liberal groups in New Jersey.

Montclair State University political science professor Brigid Callahan Harrison said Christie was damaged by "the narcissistic way" he was portrayed at the trial.

"These convictions will be an essential defining feature of Christie's legacy in office," she said, "and will forever taint how his administration is perceived and will be remembered." 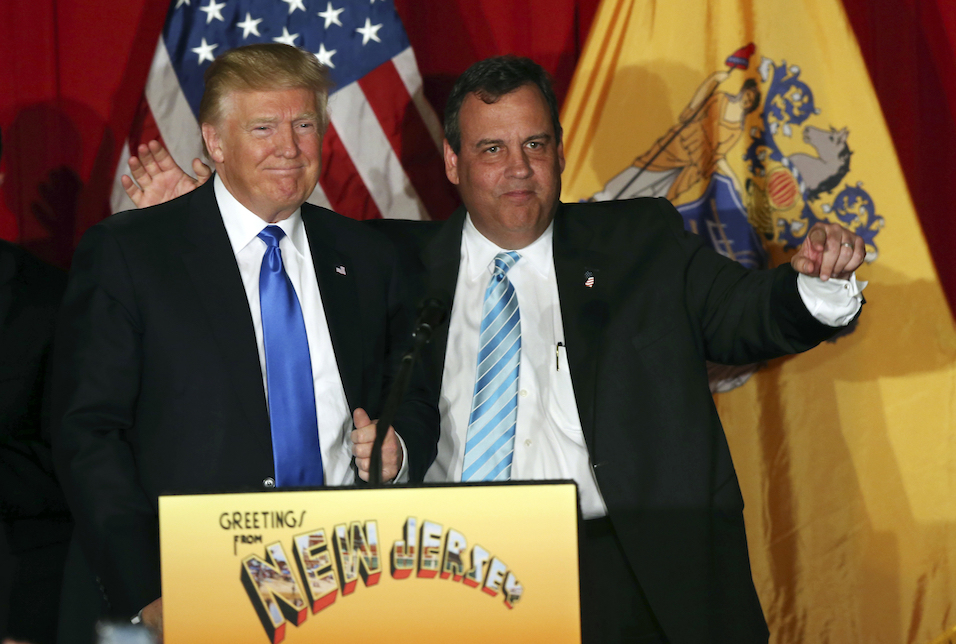 PHOTO: Republican presidential candidate Donald Trump, left, stands with New Jersey Gov. Chris Christie, right, at a campaign event in Lawrenceville, N.J. May 19, 2016. Four years ago, Christie headed to the Jersey shore and got to work dealing with Superstorm Sandy. His leadership around the storm helped him coast to re-election in a campaign that helped him build a brand aimed at a 2016 presidential run. Now, Christie is dealing with fallout from the George Washington Bridge scandal and his popularity in the state has plummeted. (AP Photo/Mel Evans, File)

What comes next for Christie isn't clear, but a Trump win on Tuesday over Democrat Hillary Clinton could give him an exit hatch from the political morass he faces at home, taking the two-term governor to Washington as a Cabinet pick or top aide.

Although the fallout from the convictions and questions about what Christie knew could also complicate that.

Even though Trump said last year that he thought Christie "totally knew" about the lane closing plot, he appointed him to lead his transition team. Christie has assembled a team led by two close advisers responsible for filling thousands of government jobs if Trump wins.

John Podesta, Clinton's campaign chairman, on Friday called for Trump to ask Christie to resign after the verdict.

Podesta said that "rather than just ... talking about cleaning up the swamp (Trump) might start by draining his own swamp and asking Mr. Christie to resign as the head of his transition."

Christie headed to the Jersey shore and got to work dealing with Superstorm Sandy. His leadership around the storm helped him coast to re-election in a campaign that helped him build a brand aimed at a 2016 presidential run.

Now, Christie is dealing with fallout from the George Washington Bridge scandal and his popularity in the state has plummeted.