Random Citizens Can Contest Your Voting Right in Many States 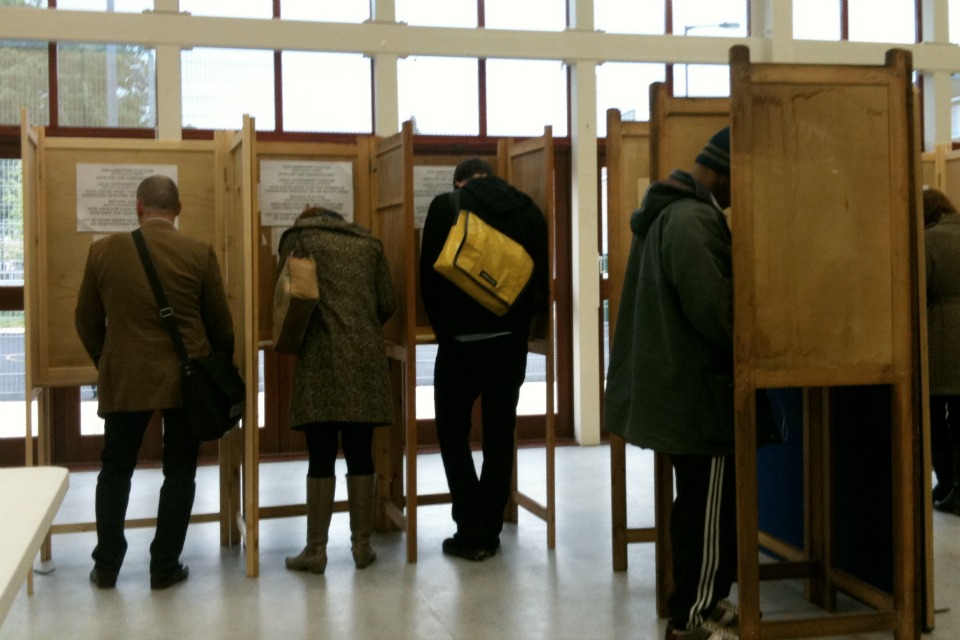 Calls by Republican presidential candidate Donald Trump for his supporters to watch for fraud at the polls have raised concerns about a longstanding but little used Election Day tactic — citizen voter challenges.

At least four battleground states — Florida, Iowa, Nevada and Pennsylvania — not only allow private citizens to challenge the eligibility of other voters inside polling locations but place the burden of proof on the person who is challenged. In Florida and Pennsylvania, a challenged voter in certain circumstances must cast a provisional ballot that may or may not be counted.

Voting experts said they do not expect such challenges to be widespread. They also said anything is possible on Tuesday following Trump's unprecedented and unsubstantiated warnings of a "rigged" election.

In states where the burden rests heavily on a voter who is challenged, untrained private citizens could create chaos.

"Some voters might decide it's not worth the hassle to deal with this and may end up disenfranchised," said Rick Hasen, an election law expert and professor at the University of California, Irvine. "To the extent, if this is happening on a large scale, it could lead to long lines and deter people from waiting."

The ability of citizens to challenge the eligibility of fellow voters is different from the use of trained poll watchers, who are selected in advance by campaigns or political parties and must register in advance with local election officials. The Democrats' overall ground game advantage in swing states includes having many more of these registered election monitors than the Republicans.

Of the 39 states that allow private citizens to challenge voters at the polls, just 15 require challengers to provide proof of their claims, according to a 2012 report by the Brennan Center for Justice at NYU's School of Law. Some of those do require challengers to sign an affidavit and include penalties for making a false or frivolous claim.

In recent years, Alabama, Ohio and Texas have banned citizen challenges at the polls.

There are generally two types of voter challenges: those that occur before an election and those allowed on Election Day.

The NAACP in North Carolina recently filed a lawsuit alleging thousands of people, many of them black, were removed improperly from voter rolls after being challenged by private citizens. In most of those cases, mail sent to the person's address was returned as undeliverable. County boards can accept this as evidence that the voter no longer lives there.

Among those challenged in Beaufort County, North Carolina, was a 100-year-old black woman, Grace Bell Hardison, who uses a post office box for mail.

Experts say voter challenges that occur ahead of Election Day can allow local officials to look into the claims and voters to fight for their right to vote. More troublesome, experts say, are those that happen on Election Day, which can leave voters scrambling to ensure their ballot is counted and allows for the possibility of intimidation or discrimination at the polls.

"There is a high risk of confrontations and abuse of the process, especially in presidential elections," said Wendy Weiser, head of the democracy program at the Brennan Center. "You don't have enough time to properly resolve those kinds of challenges without disruption to the voting process, and it's a lot to place on election officials who are already operating on shoestring budgets trying to manage a high-stakes election."

In Pennsylvania, voters who have been challenged must sign an affidavit and produce a witness who also is a registered voter in the same precinct to vouch for them. If the voter is unable to do so, the voter must cast a provisional ballot.

"It's a burden because most people when they go to vote on Election Day, they are working or going to school. They have child care issues, and most people vote by themselves," said Allegra Chapman, head of the voting and elections program at Common Cause. "I just imagine a lot of people wouldn't come back."

Pennsylvania is one of four battleground states in which Democrats filed lawsuits this week challenging Trump's call for his supporters to act as election observers. In Ohio, the Democratic Party accused Trump of conspiring to prevent minorities from casting ballots.

Election officials in Pennsylvania say challenges must be limited to questions of identity and residency and can be made only by a registered voter from the same precinct. Philadelphia elections commissioner Al Schmidt said such challenges are rare and those who knowingly file false claims could find themselves investigated by local authorities.

"You can't just challenge people for the hell of it," Schmidt said. "The challenge has to be done in good faith."

In addition, federal law prohibits any conduct that would target voters based on race or would intentionally block eligible citizens from voting, but experts say these challenges often happen before they can be stopped.

During a 2004 municipal election in Bayou La Batre, Louisiana, about 50 Asian-American voters were challenged by opponents of Phuong Tan Huynh, who was seeking a spot on the City Council. The voters faced challenges that they were not citizens, had felony convictions or didn't live in the city. The challenged voters were required to fill out paper ballots, which were counted if another registered voter vouched for them.

The concerns surrounding the election prompted the Justice Department to send observers to monitor a subsequent runoff election, which Huynh won.

There also was a report in 2002 of students at Dartmouth University being challenged at the polls over questions of residency. The students were able to cast their ballots after signing an affidavit, but the challenges contributed to long lines at polling place and concerns that some voters might have left due to the wait.